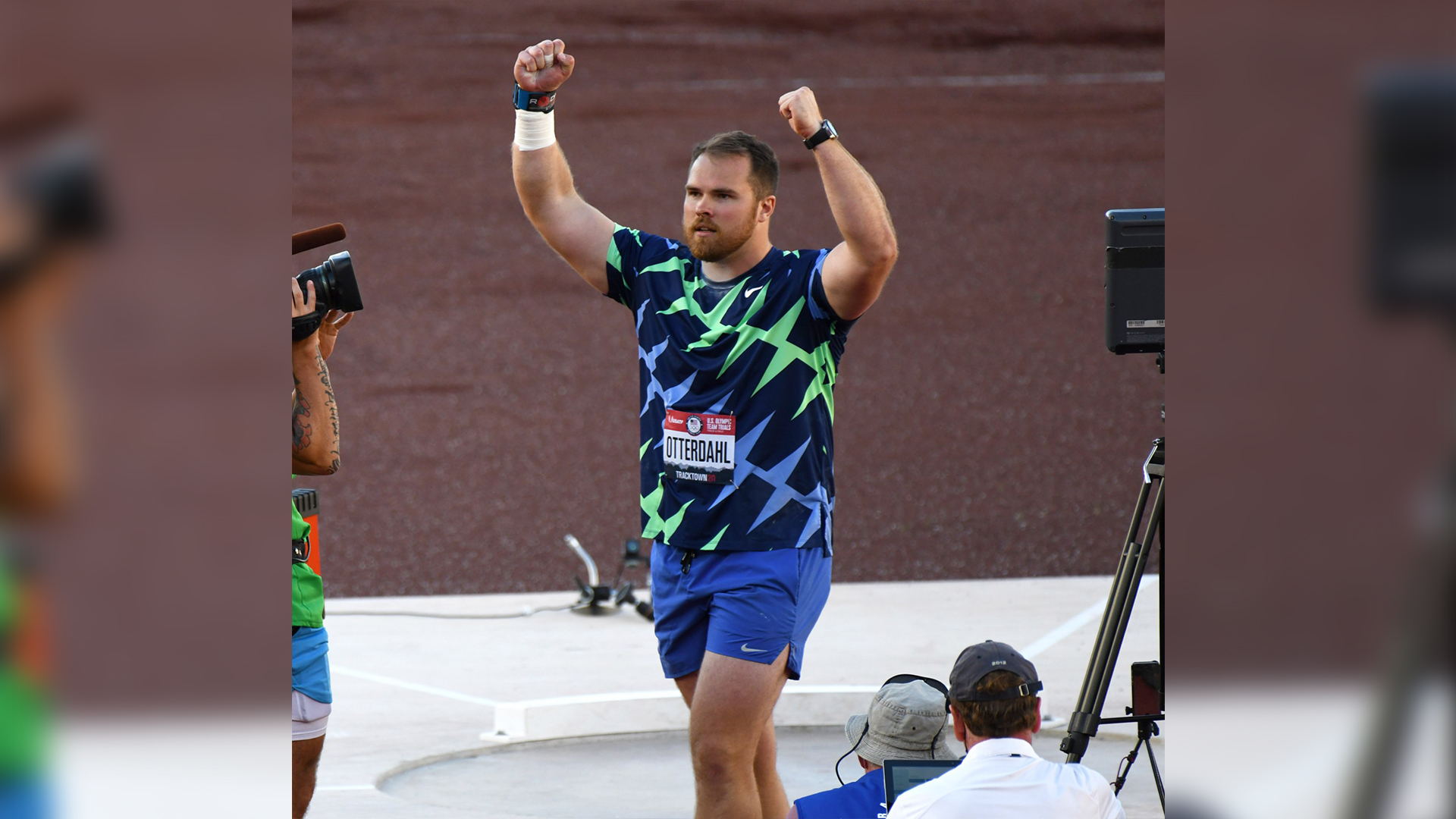 EUGENE, Ore. (BVM) — On June 18, Payton Otterdahl punched his ticket to Tokyo and became an Olympian after taking third at the U.S. Olympic Trials for track and field.

The Rosemount, Minn., native and North Dakota State University alum entered the trials ranked fifth, but to make Team USA would take more than that as the U.S. is the best in the world when it comes to shot put.

“Every year that they send athletes to the Olympics or world championships, they’re leaving behind athletes that could very well medal,” Otterdahl said. “That’s just how deep the U.S. is in shot put.”

With that understanding, Otterdahl knew what it would take to beat out such steep competition, including athletes who had competed in the 2016 Rio games.

“I knew it was going to be a super tall order,” Otterdahl said. “I went into it ranked fifth this season and you have to be top three to go so I really felt like the pressure wasn’t on me as much as it was on the top three guys. I was just going to go out there and give it my best effort. Luckily it worked out in my favor but it still took the best throw I’ve ever had to make it happen.”

Otterdahl was looking good heading into the last rounds of the event. He had been in third since basically the second round, but then Darrel Hill, an Olympian from the 2016 games, surpassed Otterdahl with a throw that was better than Otterdahl’s personal best. It moved Otterdahl to fourth as he prepared for his fifth of six throws.

“I didn’t let that get to me,” Otterdahl said. “I was fired up and I was in third place for so long in that competition from the second round on and I had just fallen into fourth so I kind of told myself, ‘This could happen for real,’ so I was very focused and fired up in that moment and I managed to line it up right.”

Otterdahl threw a new personal best of 71 feet, 11 inches (21.92m), solidifying his spot in third place and guaranteeing his trip to Tokyo.

“It was amazing, I felt on top of the world,” Otterdahl said. “I don’t think I stopped smiling for the rest of that day and probably the next day too. Just to accomplish one of my lifelong goals, a goal that I at times thought wasn’t attainable but to finally have done it, it just felt so amazing.”

The final realization that he could accomplish what he did on June 18 came in 2018 when he began throwing in the 21-meter range. Then as a senior, he won two indoor national titles and set records.

“That’s when I thought if I keep working hard at this I might be able to one day make that dream a reality,” Otterdahl said.

Since then, he has had to wait until this past season to compete professionally and train for the chance at the Olympics. It wasn’t easy as there were times when there was only hope that he would get the chance and training had to be done by himself rather than with his usual training partners at NDSU but he overcame it.

Now it’s about staying the course and preparing for the prelims on Aug. 3 and making the most of his opportunity.

“I’ve always said if you can make the Olympic team from the USA in shot put, you’re in a great position to medal, so that’s going to be the goal,” Otterdahl said. “Hopefully I can bring home some hardware.”

It’s true, in the last five Olympic games there has always been at least one Team USA member on the podium. There have been two gold medalists, two silver medalists and three bronze medalists.

Otterdahl is currently ranked seventh in the world and it took his best throw to get to this point, but he’s ready to one up that.

“I’ve got no pressure on me to bring home a medal,” Otterdahl said. “I’m just going to give it my best effort and hopefully that means bringing home some hardware.”