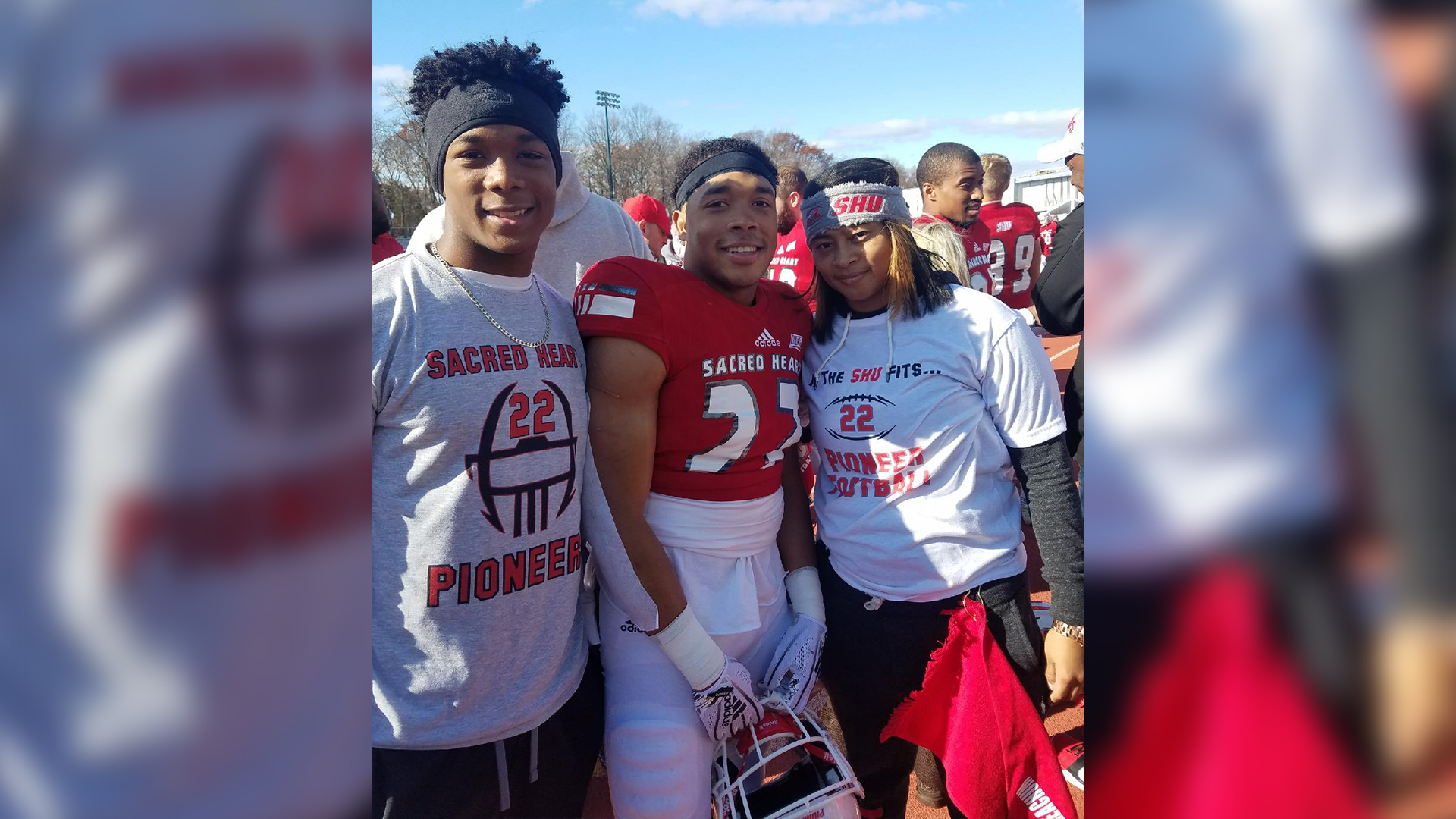 PHILADELPHIA (BVM) — It was one of the hardest decisions Jordan Meachum has had to make, but he knew it was the right time to hang up his football cleats for good. He made the announcement on Twitter after news broke that he would not be returning to South Dakota State University to play in the fall.

It’s been one hell of a career, thank you to all who have supported me along the way! 🤎 https://t.co/rJWLp0ueSd

“I had started to get to a point where I just felt like I was in the same place for a long time,” Meachum said. “Because truth be told, if I was to stay, that would have technically been my seventh season playing college football.”

The running back has been playing collegiate football since 2015 when he joined the Sacred Heart University program, and since then, he has gone through success and hardships while earning both a bachelor’s and master’s degree. However, this last season with the Jackrabbits made him begin to think about the next chapter of his life.

“I just started to get that itch of wanting to start my career,” Meachum said. “I always had the dream of going and attempting to play professional football, but after this spring season and practically sitting the bench and kind of taking on a different role, I saw that possibility dwindle away. I kind of just looked back and thought it may be time.”

Although he finished his career at SDSU, Meachum started it at Sacred Heart. The LaMott, Pa., native rushed for over 3,000 yards and 30 TDs over a two-year span for LaSalle High School. After redshirting his freshman year for SHU, Meachum saw limited time during his redshirt freshman and sophomore years. It was during his redshirt junior season that Meachum really hit his stride. He rushed for 1,396 yards, the second-highest single-season total in school history, and scored 11 touchdowns. He even broke a school record against Bryant when he rushed for 318 yards, in the same game he had a 99-yard run .

Unfortunately, as he was entering his senior season, Meachum suffered a season-ending injury that forced him to redshirt the year in the hopes of coming back in 2020. Through that rough period of recovery and the difficulties of 2020, it was his family that helped him through it.

“My parents, first and foremost, my parents, little brother and little sister, they all were very supportive of me and just in everything I was doing,” Meachum said. “With them behind me and them being that extra push that I needed, they were the ones to get me over the hump and really keep going… I was definitely going on their support for a long time.”

With the pandemic forcing SHU to forgo its 2020 season and his desire to make a push for the NFL, Meachum elected to transfer to SDSU to play this past spring.

It did not go exactly as he had planned. Meachum found himself on the bench more than he would’ve liked but adapted to his new role. Encouraging his teammates, making sure they were motivated and building relationships. Meachum took it all in stride.

“I wouldn’t go back and do things differently,” Meachum said. “Just because I think everything happens for a reason and throughout this process I’ve definitely learned a lot about myself.”

His best game for the Jackrabbits came against Southern Illinois when he rushed for 88 yards on 13 attempts and helped SDSU win 44-3. Meachum and the Jackrabbits made it all the way to the national championship game but lost to Sam Houston, 23-21.

Through it all, Meachum has always given his best no matter the circumstances and no matter how football was going, his academics were always bringing him success.

Meachum admits to not being the strongest student in high school, but as he entered college, the young student-athlete made the decision to put extreme focus on his academics. Sacred Heart helped him tremendously in keeping that focus going through everything and Meachum now leaves college with an undergrad and graduate degree, ready to take on his new job as a tax accountant in Philadelphia.

With the next phase of his life beginning, Meachum says he hasn’t even thought about putting his cleats back on.

“I haven’t thought about lacing up my cleats not one time,” Meachum said, laughing a little bit as he reminisced. “I am OK with that. … It was good to play the game on Saturdays but man I’ll tell you I do not miss the 6 a.m. workouts at all.”

After six years of being a collegiate running back, Meachum admits to being a little banged up and ready for a break, but most of all, he is ready for life after football. It’s the sport has loved his entire life and dedicated so much time and effort into, but a new chapter is now beginning.

“I’m good, I’m happy,” Meachum said. “I’m retired, I’m excited for what the next chapter of life has for me.”