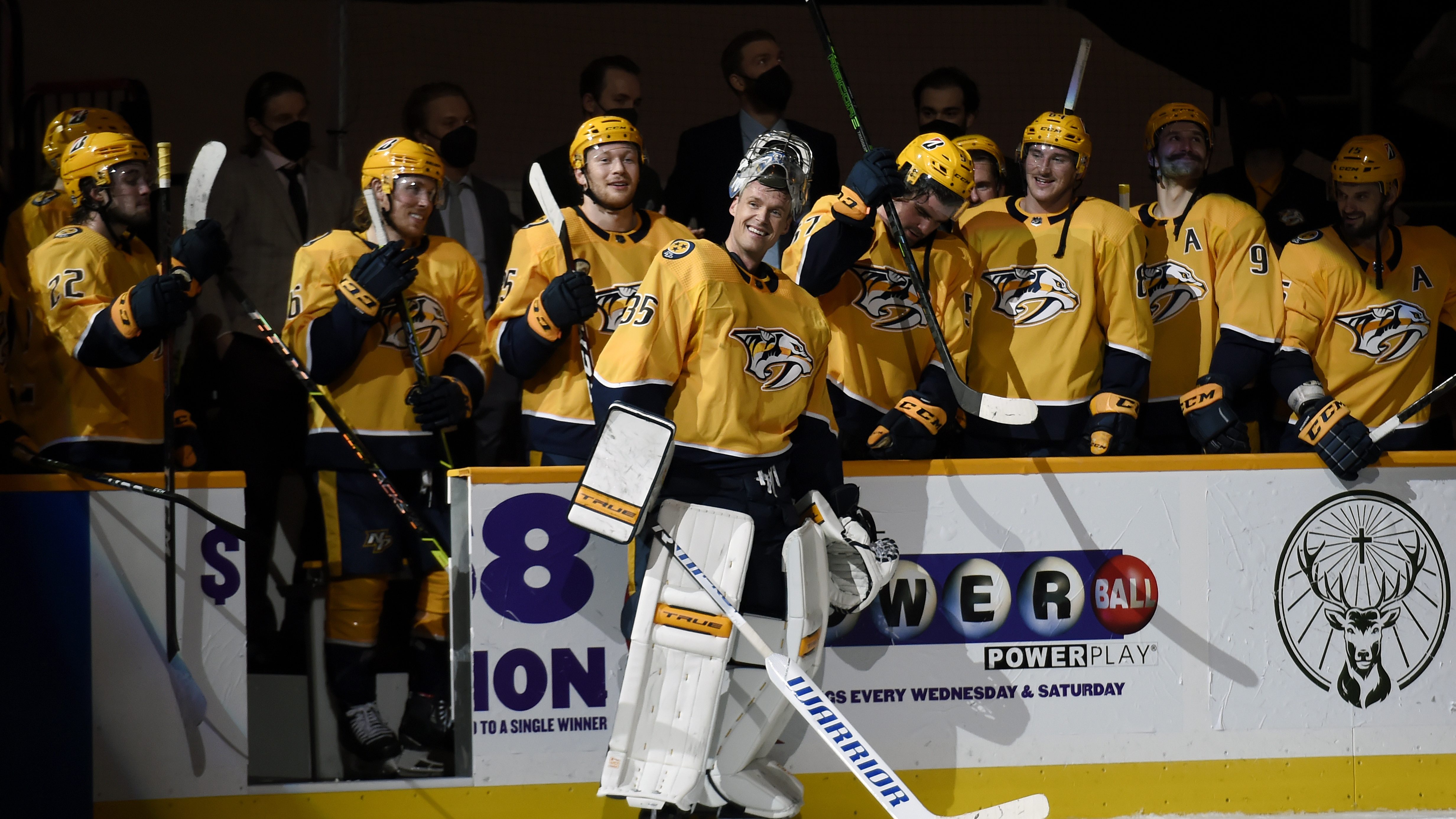 Rinne, 38, announced his decision Tuesday morning. The Predators have a previously scheduled news conference later in the day.

“For more than 15 years, I’ve been on an incredible, life-changing journey with the Nashville Predators that has taken me to more places than I could have ever imagined and given me more than I could ever hope to give back,” Rinne said in a statement. “This decision wasn’t easy, but I know this is the right one at the right time.

He made his last start on May 10 in Nashville’s regular-season finale, a 5-0 win over Carolina in which he tied Tom Barrasso for No. 19 in NHL history with his 369th victory. That also was his 60th career shutout, third among active goalies behind Marc-Andre Fleury (66) and Henrik Lundqvist (65).

Rinne posted three 40-win seasons, which is tied for second most in NHL history; he is one of seven goalies to reach that mark.

A four-time Vezina finalist and twice runner-up, Rinne went 369-213-75 in his career after being the No. 258th pick overall in the eighth round of the 2004 NHL entry draft. The native of Kempele, Finland, also has the most games played, victories and shutouts by a Finnish goalie in NHL history.

General manager David Poile congratulated Rinne on an “exceptional career” after giving Nashville a chance to win every game he played during the team’s most competitive era.

“The role he played in making the Predators organization into something so much more than just a hockey team cannot be understated, and what he means to our team and community makes him one of the most special players and people you’ll ever meet,” Poile said in a statement.

His best postseason came in 2017 when Rinne led the Predators to their only Stanley Cup Final. Rinne went 14-8 with a 1.96 GAA and .930 save percentage. He helped Nashville sweep Chicago before beating St. Louis, then Anaheim before losing to Pittsburgh in six games.

He finally won the Vezina in 2018. He went 42-13-4 with a 2.31 goals-against average and .227 save percentage with eight shutouts, helping Nashville win the Presidents’ Trophy for the first time in franchise history.

On Jan. 9, 2020, Rinne became the 12th goalie in NHL history to score a goal off a puck he shot from behind his own goal line into an empty net against Chicago.