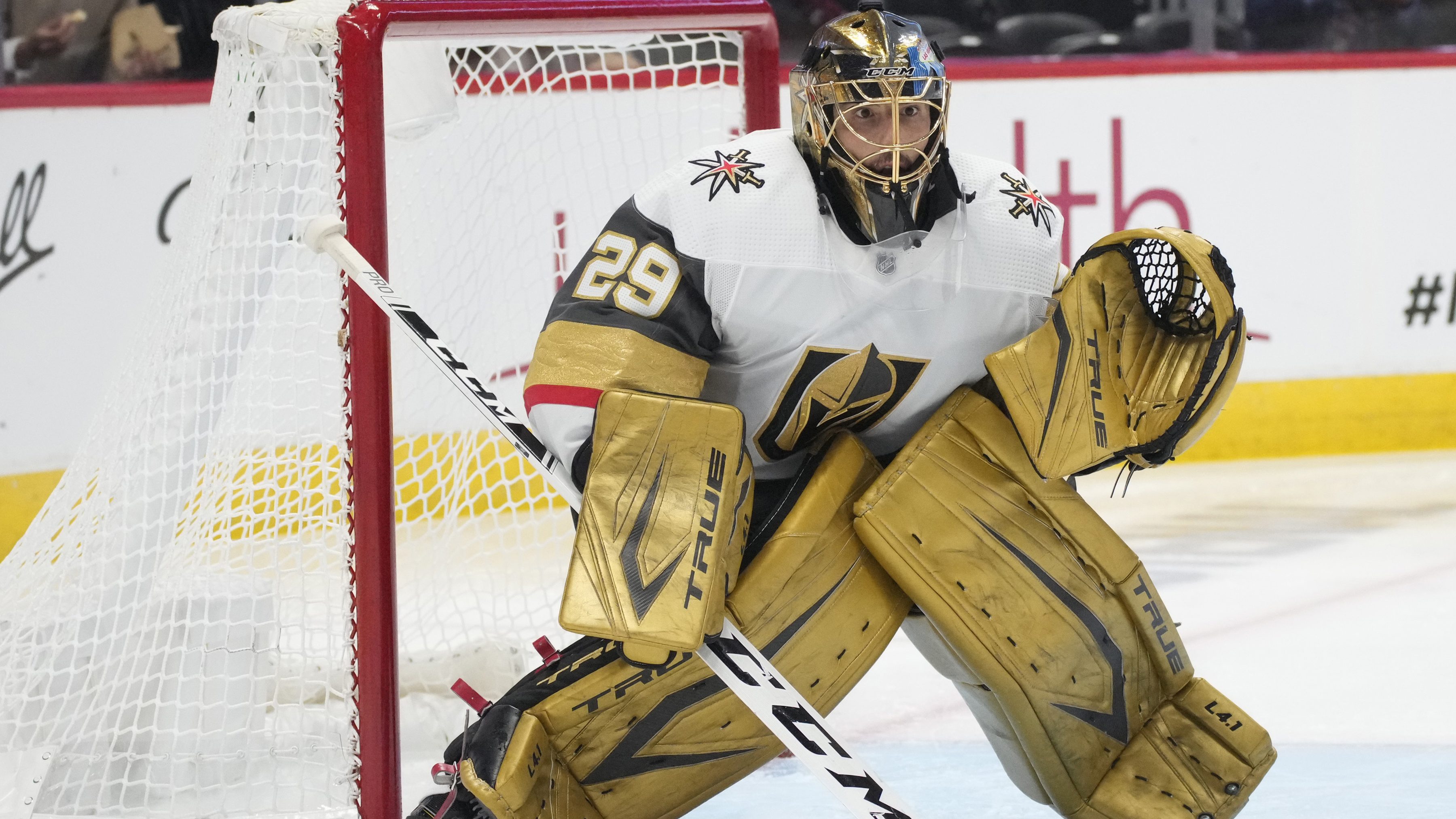 Reigning Vezina Trophy-winning goaltender Marc Andre Fleury has been traded from Vegas to Chicago and is contemplating his future, according to his agent.

Allan Walsh tweeted Tuesday that Fleury had still not heard from the Golden Knights about the deal. The 36-year-old goalie did not have Chicago on his 10-team no-trade list but did not want to play for any team other than Vegas.

“Marc-Andre will be taking time to discuss his situation with his family and seriously evaluate his hockey future at this time,” Walsh posted on Twitter.

It’s the first time in 20 years the reigning Vezina winner was traded before the next season. Buffalo traded Dominik Hasek to Detroit on the first day of free agency in 2001.

Fleury went 26-10-0 with a 1.98 goals-against average and .928 save percentage last season. He started 16 of the Golden Knights’ 19 playoff games over Robin Lehner, who is signed for four more seasons.

Lehner finished the postseason as the starter after a gaffe by Fleury late in Game 3 of the semifinals altered the series against Montreal and led coach Peter DeBoer to switch back and forth between his two goalies.

Fleury, a three-time Stanley Cup-winner, is set to count $7 million against the salary cap next season, and he is owed $6 million in actual money. The reported return of a minor leaguer indicates the move was a salary dump by Vegas.

Among other goaltending moves around the NHL, Vancouver’s Braden Holtby and San Jose’s Martin Jones will become free agents after going on buyout waivers.

Holtby struggled last season with the Canucks but is only three years removed from winning the Cup with Washington.

A person with direct knowledge of talks between the Buffalo Sabres and goalie Linus Ullmark says negotiations are continuing with the hopes of reaching a deal by Wednesday. The person spoke to The Associated Press on condition of anonymity because the discussions are private.