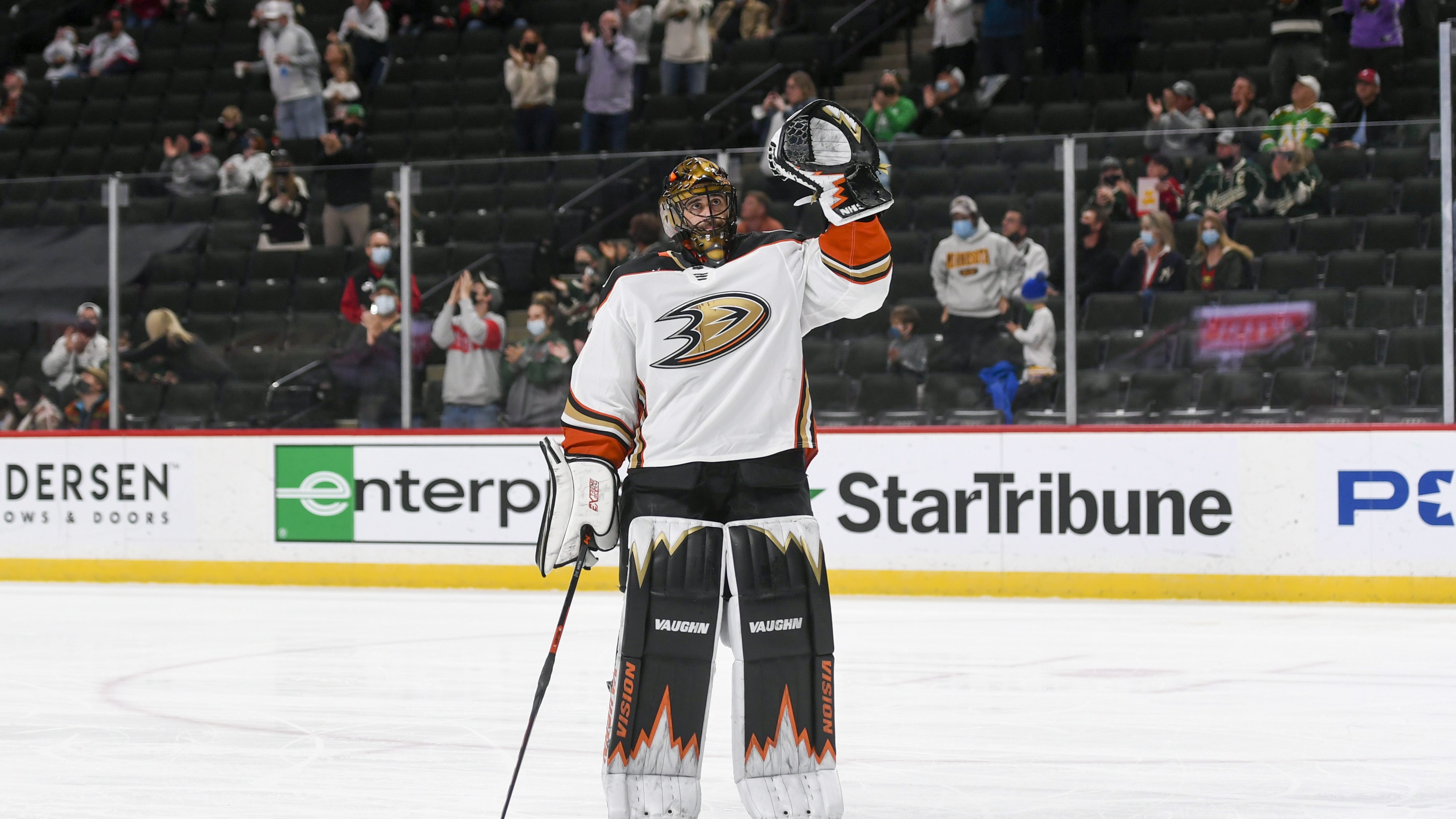 ANAHEIM, Calif. (AP) — Ryan Getzlaf has agreed to terms on a one-year contract to remain with the Anaheim Ducks.

The deal should allow the 36-year-old Getzlaf to become the franchise’s career leader in points this season. He has 982 points in 1,101 games and needs seven to pass Teemu Selanne’s 988.

“It was always our intention to sign Ryan, and we are thrilled he chose to stay,” Ducks general manager Bob Murray said in a statement. “His loyalty to this franchise is unique in pro sports, and it is our hope he remains a Duck for his entire career.”

Getzlaf has been a constant for the Ducks since he was drafted 19th overall in 2003. He made his NHL debut in 2005 and emerged the following season in helping Anaheim win the Stanley Cup, leading the team with 17 points in the postseason. Getzlaf set career-highs with 31 goals and 87 points in 2013-14.

Getzlaf had five goals and 12 assists in 48 games this past season, but his role was reduced as the Ducks worked to integrate younger players into the lineup. Getzlaf was used on the wing and as a fourth-line center late in the season to give Trevor Zegras, a first-round pick in 2019, a chance to play as Anaheim’s top center.