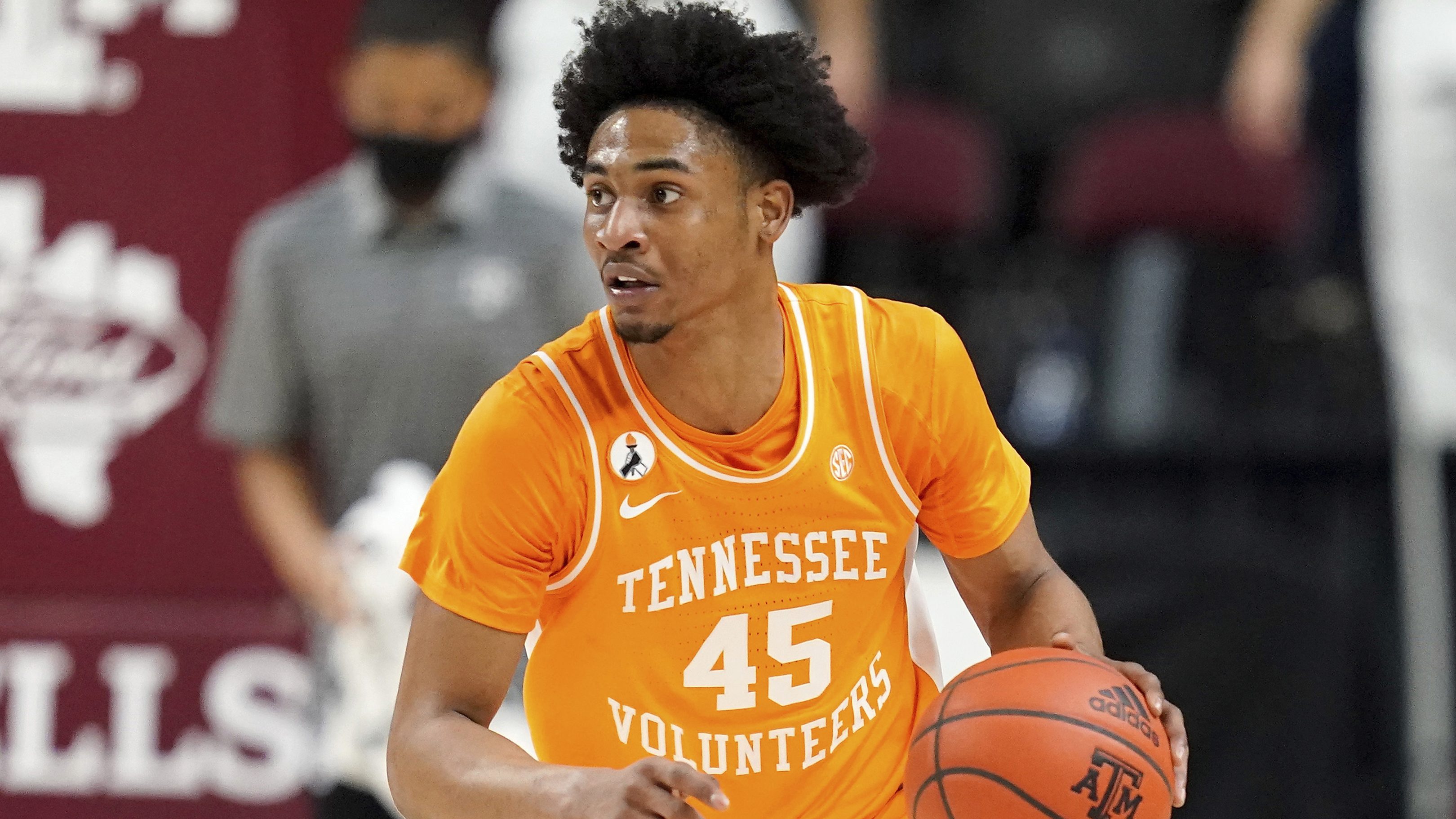 LOS ANGELES (AP) — The Los Angeles Clippers’ tradition of making a move on draft night continued Thursday as they moved up to select Tennessee guard Keon Johnson after making a trade with the New York Knicks.

People with knowledge of the details said the Clippers sent the No. 25 pick and a future second-rounder to the Knicks to get Johnson. The trade was confirmed to The Associated Press on condition of anonymity because it isn’t official until trade calls with the NBA. It was first reported by ESPN.

It is the fifth consecutive year the Clippers have made a trade on draft night. They were slated to have only one draft pick, but made a deal with the Orlando Magic to acquire the rights to Ohio University guard Jason Preston, who went 33rd overall.

Johnson could be the Clippers’ last first-round pick for the foreseeable future. They don’t have a selection under their control until 2027 after sending a tremendous amount of draft capital to Oklahoma City for Paul George two years ago.

The 6-foot-5, 185-pound Johnson made headlines during the pre-draft combine when he set combine record with a vertical leap of 48 inches. He averaged 11.3 points and 3.5 rebounds last season.

“I do believe that what I bring to the offensive end will be able to help the Clippers. I also believe that throughout this whole process my game has completely grown and changed from whenever I was last seen at Tennessee,” Johnson said from New York after being selected.

Johnson should be able to get some playing time early. The Clippers are hoping to get to the Western Conference finals for the second straight season but will need to do so without Kawhi Leonard. The All-Star forward is expected to be out most of the year after suffering an injury to his right knee during a playoff series against Utah. He underwent surgery on July 13 to repair a partial tear to the right ACL.

“I do believe I can come in and make an immediate impact as a younger player,” Johnson said. “I’m open to learning from the vets. They’ve got some great vets in the organization, and I feel that with bringing me that I can potentially help the team get back to where it started.”

Preston averaged 7.3 assists per game last season, which was sixth in Division I. His 383 assists the past two years were second nationally.