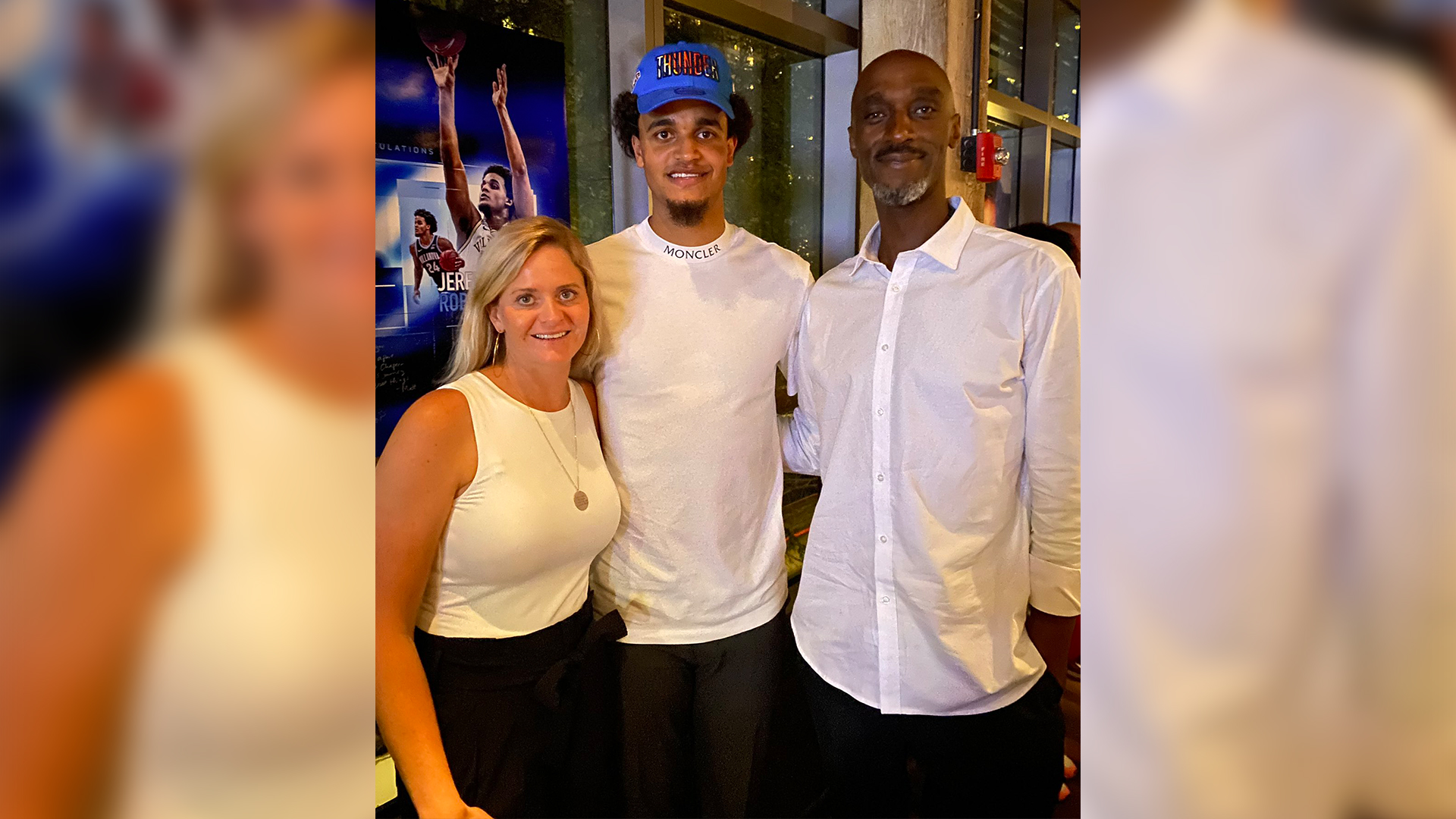 Jeremiah Robinson-Earl played key minutes for a top-25 Villanova team but faces a different challenge in the NBA. (Courtesy: @VUCoachJWright/Twitter)

OKLAHOMA CITY — It has been over 150 years since the British philosopher Charles Darwin penned his On the Origin of Species in which he included a phrase used in modern colloquial vocabulary: survival of the fittest. While Darwin used this phrase in his theories on evolution, the term remains relevant. The idea provides a continuum with which to rank parties within a competitive or limited environment; the best succeed while the worst fail and drop out.

While simple to understand, the reality is hardly ever that straightforward. Even Darwin acknowledged the fluidity of natural ecosystems providing the conditions for evolution. Some find success despite certain traits that may restrict pure flourishing. Newly drafted forward Jeremiah Robinson-Earl provides a key test case.

The NBA counted 540 players during the 2020-2021 season. With the offseason comes a wave of free agency, any number of international players vying for a spot in the premier basketball league and the key facet through which the NBA introduces new talent, the NBA draft. Each season, 60 new players look to grab a spot on one of the 30 NBA teams, looking to secure massive financial incentives against over 500 other veterans.

The draft also serves as a stepping stone to any team’s success in the league. Player evaluation is a cutthroat game, requiring hours of film and endless debates to unearth that next star. Although the draft can at times seem like glorified dart-throwing, there are key factors in player profiles that can make an evaluator’s life much easier.

Athleticism can’t be taught. Size can’t be taught. Players with that baseline immediately check two boxes for any scout. Generally, the most successful NBA players boast some elite physical tools.

For Robinson-Earl, those two boxes remain blank. As a 6-foot-9 power forward with limited burst, he fails to demonstrate the physical traits touted by the top players. While his shot appears solid, it struggles to find the bottom of the net at a sufficient rate. However, his intangibles combined with his IQ on the court provide two reasons why he could become a surprise name among the “fittest”.

Following a hugely successful high school career, ending at the legendary IMG Academy in Florida, Robinson-Earl chose suburban Philadelphia as his home and coach Jay Wright as his mentor. As the second-highest-rated recruit in the history of Villanova basketball per 247 Sports, expectations rode high. With two championships over three years, Villanova had established itself as a flagship program in college basketball.

Robinson-Earl played a far from spectacular freshman year. He was happy to let NBA-bound Saddiq Bey take the reins as he played a key rotation role for the Big East champions. Behind the curtain, the shooting numbers worried evaluators as did the lack of confidence. Turnovers compounded missed shots, but the defense was always there. Robinson-Earl has always displayed high-level lateral movement at his height, and he managed when put up against taller centers.

Moving into his sophomore year, the turnovers fell as the shot improved. The defense remained elite, but scouts’ questions continued. The 3-point shot looked inaccurate, and there was always the question of whether the defense could translate to the NBA. At his size, Robinson-Earl would need to provide elite movement to be able to guard forwards around his size.

As analysts continued to review the film, many soured on his tape. Robinson-Earl’s stock crashed for some. For others though, another prevailing theme emerged from his highlights. The Wildcat forward seldom got caught in the wrong position. He seemed to materialize in the right defensive place at the exact right moment. Robinson-Earl never led the NCAA in steals or blocks, but some evaluators attributed serious positive upside to the sophomore and his defensive intelligence.

Come draft night, round one proceeded with five of the top 10 vertical leapers off the board. Elite athleticism sells quickly. At pick No. 32, the Oklahoma City Thunder took their gamble. Instead of taking the wiry and explosive JT Thor, or the monumental Neemias Queta, the Thunder opted for Robinson-Earl.

Nothing comes given for Robinson-Earl. Second-round picks have a difficult time panning out in any given year. If Robinson-Earl can bring his defensive intuition from Villanova, and turn a respectable number of misses into makes, he will stick.

Applying Darwin’s philosophy to the NBA has its value despite its flaws. Natural, physical talents reign over many problems for prospects, and the lack-there-of can equally eliminate many. Robinson-Earl faces a journey upstream. Equipped with defensive versatility and a high-level aptitude for the game, he arrives in the league prepared to battle for a spot.