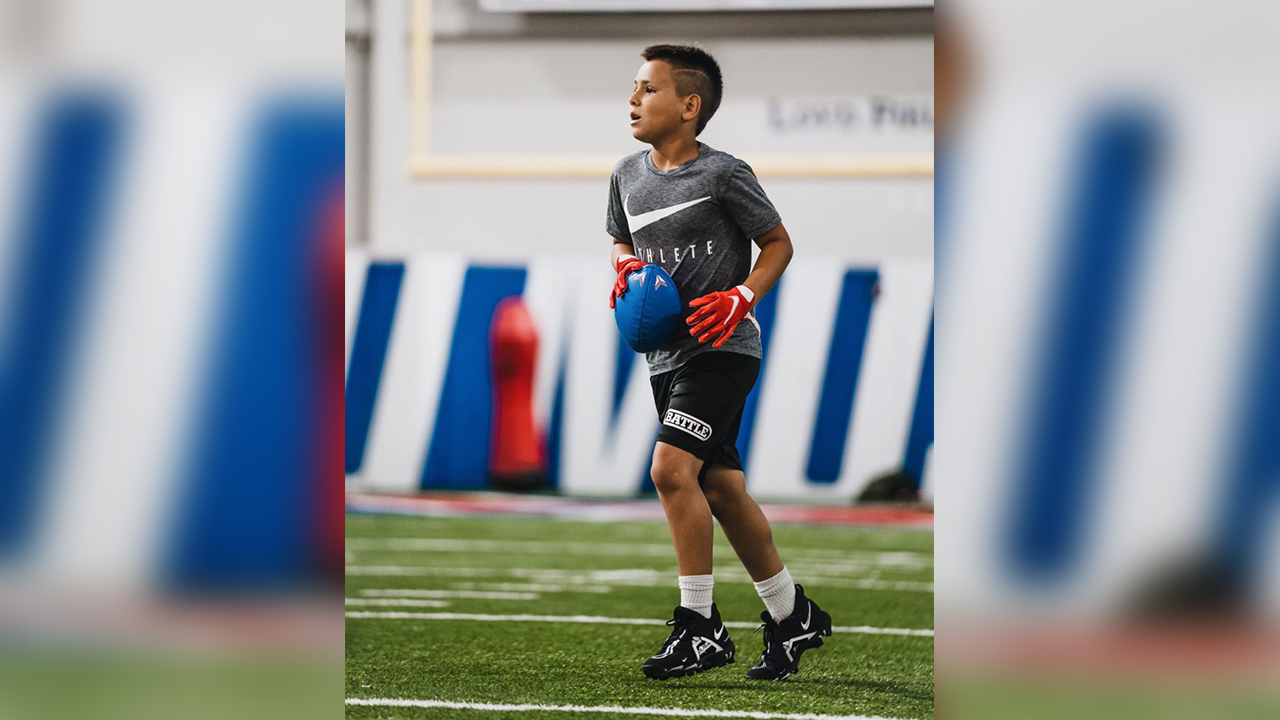 FRISCO, Texas (BVM) — Every generation has athletes that play at the college and professional levels. The up-and-coming generation may have found one of them.

Meet Madden San Miguel or “Baby Gronk” as he’s known around the country.

“We got the nickname ‘Baby Gronk’ because I thought it was catchy for kids to say and he kind of looks like him,” Madden’s father Jake said. “Everybody knows ‘Baby Gronk.’ We are really used to the attention. It’s only getting bigger.”

Madden is only 8 years old and has already established himself on the football field and on social media. Run by Jake, Madden’s Instagram page is up to 220,000 followers and growing.

“Knew he would be great at football. So I knew the internet was the way to go because of the opportunities and the world we live in today,” Jake said.

With social media one of the main avenues a child can have, Madden continues to show that a lot more success is coming his way. Just last year, he signed with Syndicate Marketing and Sports Management, run by rapper Lil Boosie. Madden has also verbally committed to the University of Oregon.

He’s only 8 and things can change, but it’s already an impressive feat that Madden has accomplished.

“Oregon is the school we are rocking with now. But Coach O and LSU showed a lot of love at their camp,” Jake said.

A decade from now, Madden will be playing high school football in Texas. And from what’s been seen already, Madden has the partnership and the talent to be Texas’ next athletic phenom. Quinn Ewers has been deemed the best player to ever come out of high school let alone Texas. That’s what “Baby Gronk” will look to do once he reaches the prep level.

“Quinn [has] a lot of fans but I will be the most anticipated high school player to ever play,” Madden said.