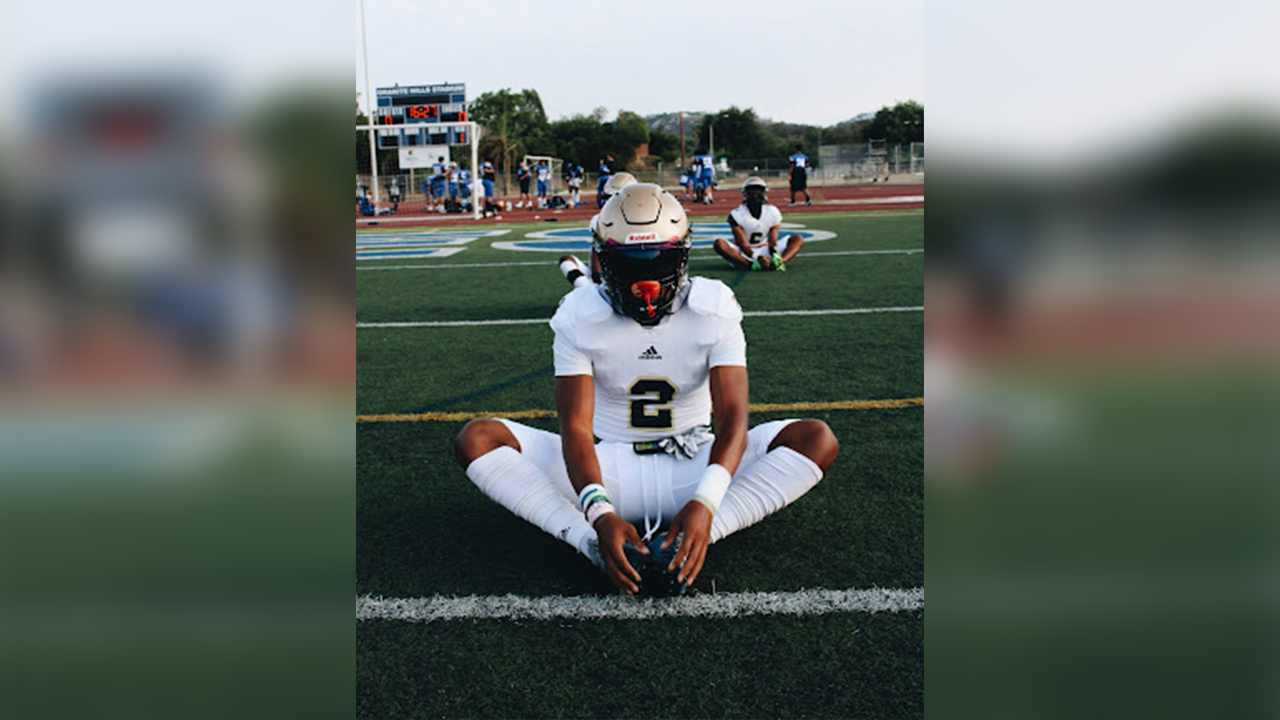 Mater Dei Catholic junior Chris Snyder Jr. is the No. 35-ranked recruit in California’s Class of 2023 according to 247Sports. (Courtesy: Dorian Edler)

“That’s what’s going to separate me.”

The Mater Dei Catholic junior has been making high-effort plays since he arrived at the high school level, tallying 36 tackles and two interceptions as a freshman. Snyder Jr. has mainly played cornerback, but the three-star athlete has made plays for the Crusaders at running back, receiver and even some wildcat quarterback.

This ability to impact the game at multiple positions is something Mater Dei Catholic offensive coordinator Verlain Betofe has encouraged.

“I can really play anywhere my coach needs me,” Snyder Jr. said. “With Coach V (Verlain), we have a good connection so he just throws me in anywhere because he trusts me and we have that bond to where he knows that I can make plays and what I’m capable of. So he puts me in position to make plays and that’s why we get along so well.”

Position versatility is something that college coaches covet nowadays, so it’s no surprise that Snyder Jr. is one of the most sought-after 2023 recruits in the state of California. The state’s No. 35 overall recruit in the Class of 2023 already holds offers from Colorado, Oregon, Oregon State, Pitt and others. Snyder Jr. even picked up an offer from in-state Cal just last week.

At 6-feet, 180 pounds, Snyder Jr. doesn’t have the ideal size or length for a Division I corner. But what he does have is the ability to be used on both sides of the ball to be a real game-changer.

Snyder Jr. said he doesn’t have any early favorites on the recruiting trail just yet but Kansas, Oregon State and Cal have shown a lot of love. Ultimately, Snyder Jr.’s college decision will be made by which program makes him feel the most at home.

“I’m definitely interested in going somewhere that feels like home but also somewhere I’ll be able to play or at least have a spot to compete and get on the field,” Snyder Jr. said. “That’s just my main thing: I want to play wherever I’m going to commit. It doesn’t have to be the first year but I want to have a spot to be able to compete for a top position.”

Snyder Jr. has plenty of time to make that decision, and even more to accomplish in his final two seasons at Mater Dei Catholic.

The Crusaders are 2-0 early on this fall after putting up 53 points in each of their first two games of the season. Dominance has become the norm at Mater Dei Catholic as the program consistently has one of the most talented rosters in the state. Fellow three-star recruits Tre Edwards (USC commit) and Jeremiah McClure (undecided) join Snyder Jr. as a feared Class of 2023 trio.

For Snyder Jr., being able to battle and compete with future college football stars every day in practice is invaluable.

“It means a lot,” Snyder Jr. said. “It definitely brings the best out of me, competing with the best of the best. We have a bunch of dogs and us competing against each other every day is just making us better because we’re not going to compete against another team that has as many of the top players in the county as we do.”

“It’s only us; no one is going to stop us but us,” Snyder Jr. said. “We can only beat ourselves and that’s what it’s been these past years. Each game we’ve lost, it’s us beating ourselves or us making simple mistakes.

“We have so much talent on the field everywhere. Everyone can make plays and we have a lot of depth. If we can eliminate the mistakes, then I don’t see anyone stopping us.”