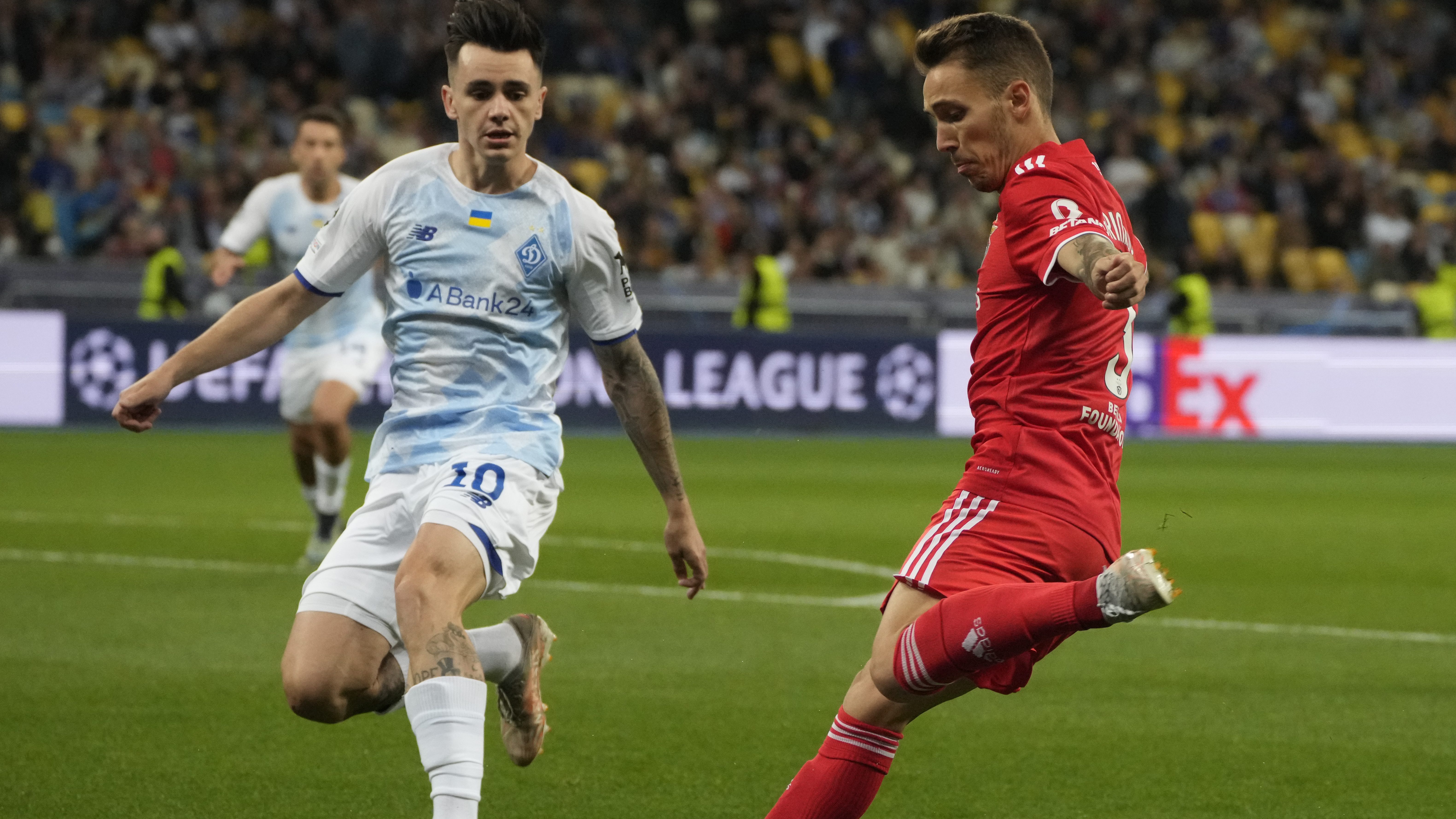 KYIV, Ukraine (AP) — Benfica was lucky to escape with a point against Dynamo Kyiv in a 0-0 draw in the Champions League on Tuesday which dents both teams’ already slim chances of advancing from a group also containing Barcelona and Bayern Munich.

Mykola Shaparenko volleyed the ball past Benfica goalkeeper Odysseas Vlachodimos in the last minute of stoppage time for what the Ukrainians thought was the winner. Video review disallowed the goal for an offside in the build-up.

Seconds before, Vlachodimos had seen one Dynamo shot hit his crossbar and parried another from Vitaliy Buyalskiy on the rebound.

The all-action finish was out of character for a Dynamo team which created few chances until then.

It was a frustrating night for Benfica on its return to the group stage after failing to qualify last season. The Portuguese club dominated possession but couldn’t make it count against a well-organized Dynamo team playing at home in front of a crowd which jeered the visitors throughout.

Benfica’s Ukrainian striker Roman Yaremchuk twice had shots from good positions against Dynamo, the team where he started his professional career, only to see them saved by goalkeeper Denys Boyko.

A defensive blunder could have cost the Portuguese club the game when Nicolas Otamendi missed the ball entirely while trying to clear a low cross. Fortunately for him, Dynamo substitute Benjamin Verbic, running in behind, seemed so startled by Otamendi’s mishap that he too failed to make contact.

Bayern is ahead of Dynamo at the top of Group E after beating Barcelona 3-0 in Tuesday’s other game.