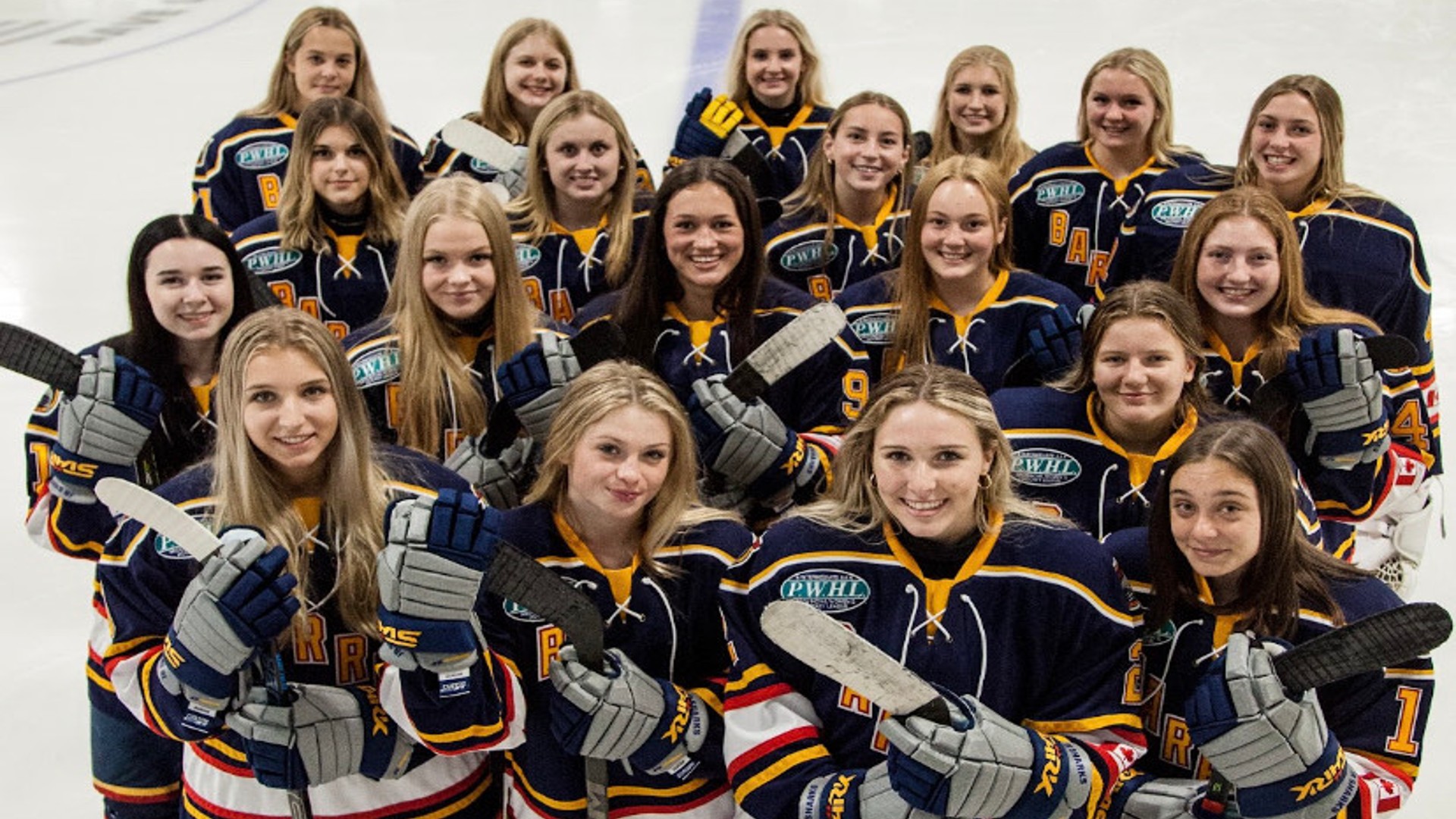 BARRIE, Ontario — The Barrie Jr. Sharks are back on the ice preparing for the 2021-22 Provincial Women’s Hockey League (PWHL) regular season. Their season begins with back-to-back road games against the Durham West Jr. Lightning on Oct. 2 and the Whitby Jr. Wolves on Oct. 3.

After a year off due to restrictions surrounding COVID-19, everyone in the organization is eager to play meaningful games.

“They’re a great group of girls with great families. What we have here is unbelievable and we’re really excited to get this season going,” said Ed Mauro, Jr. Sharks head coach. “Despite how different this might be from year’s past, we’re just happy to be able to play five-on-five hockey with people watching.”

The Jr. Sharks have several preseason games to get through before the start of the season. Their first preseason game was played on Sept. 11 against the Brampton Jr. Canadettes. The game ended in a 2-2 tie. It was their first game in more than 550 days.

“It was pretty emotional to stand behind the bench and see the players doing warm-up with music and getting introduced,” Mauro said. “It almost felt like we were doing something wrong because we hadn’t done that in so long.”

With the roster set, Mauro said he expects this team to be competitive.

“This is probably the fastest team we’ve had from a speed perspective. We’re an average-sized team, but we do have a few taller players,” Mauro said. “For the most part, goaltending is a real strength of ours along with our defense. We try to have a solid defensive structure. We don’t have that superstar, but we have really good players, and we like that balance.”

“We’ll step up and take on more of a leadership role this year and bring the new players under our wing,” Moreau said.

That veteran leadership is something Mauro said is key to the team’s success.

“The league is more difficult, the players are very good, and everyone is competing for scholarships,” Mauro said. “The girl you are lining up at the faceoff with could be fighting for the exact same spot with the exact same school.”

Like the entire Jr. Sharks organization, Moreau is excited to be back playing and looking forward to the beginning of the season.

“The feeling you get for game day is incomparable especially when it’s the first game of the regular season,” Moreau said.

Moreau said she likes the makeup of the roster and expects the team to make it to the postseason.

“That is definitely a goal of this team. I think we can make it to playoffs and maybe do some damage,” Moreau said.

For more information regarding the team and their schedule you can visit their website.