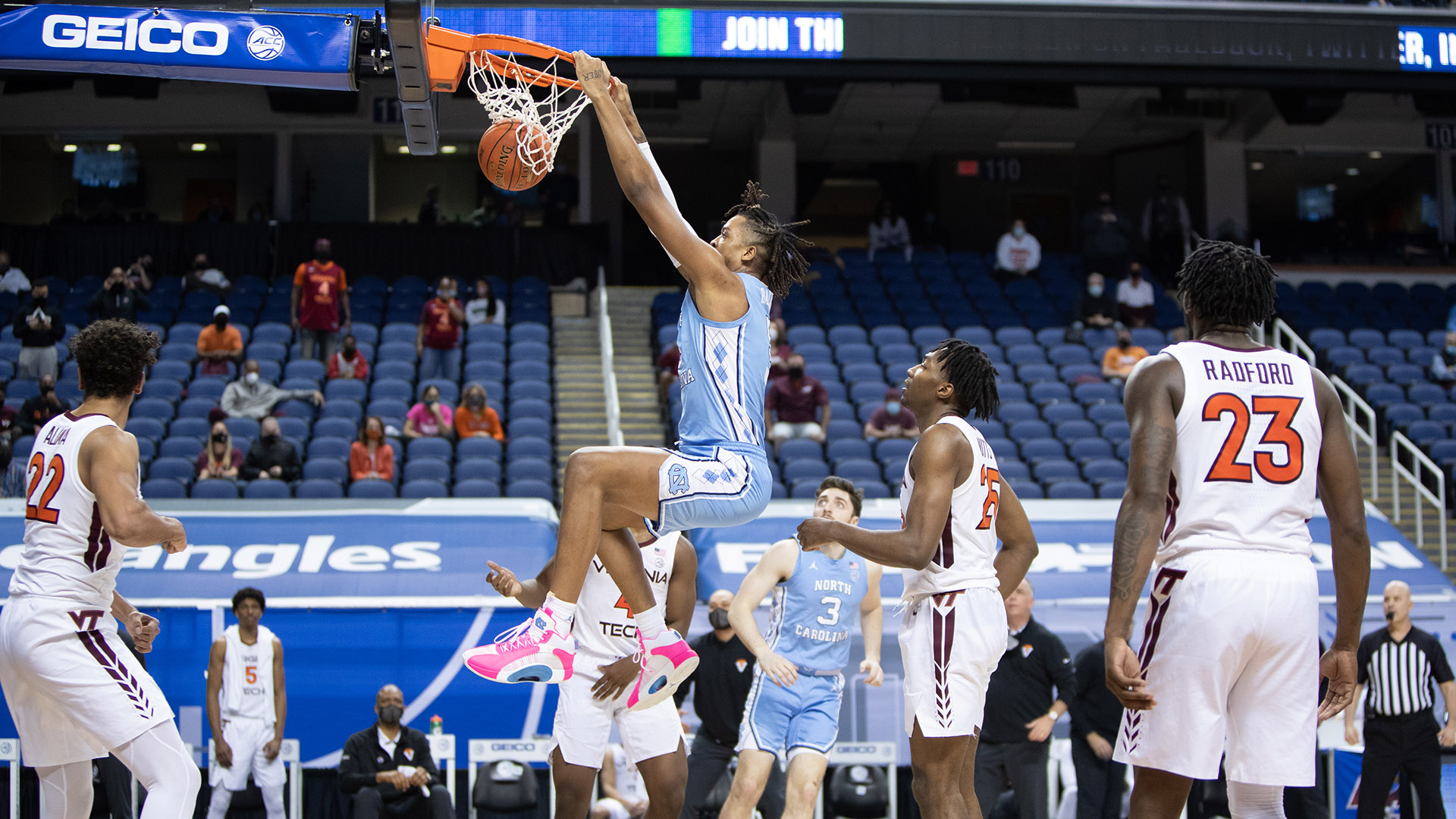 CHAPEL HILL, N.C. — After electing to return to North Carolina for his junior season, Armando Bacot Jr. is ready to embrace a veteran leadership during the 2021-2022 college basketball season. The 6-foot-10, 240-pound big man from Richmond, Virginia anchored a talented UNC frontcourt that featured senior Garrison Brooks along with the freshman combo of Walker Kessler and Day’Ron Sharpe; which laid the foundation to North Carolina becoming the best rebounding team in college basketball last season.

After going through some freshman growing pains in his first season at UNC, Bacot was able to drastically improve his game by bulking up in the weight room and developing his footwork with his back-to-the-basket. Bacot Jr. became the most consistent interior post presence for the Tar Heels last season after averaging 12.3 points, 7.8 rebounds, and 0.9 blocks per game while shooting 66.4% from the free throw line in his sophomore campaign.

There were instances last season where North Carolina’s young frontcourt struggled to work the ball down low, which is a credit to Bacot being a workhorse on both ends of the floor. First-year head coach Hubert Davis plans on combating this issue by tweaking Carolina’s offense to emphasize more spacing and three-point shooting than previous seasons.

Davis plans on implementing this new offense with incoming transfers Brady Manek, Justin McKoy, and Dawson Garcia due to their ability to stretch the floor by knocking down shots from long range. This will create enough space to allow Carolina’s backcourt to penetrate the lane, and dish the ball off in the post to Bacot for an easy layup. Davis has also mentioned that Bacot has been working on his three-point shooting this offseason, which adds a facet to Bacot’s game that he hasn’t utilized in his college career.

I predict that Bacot will have the best numbers of a collegiate career in the upcoming season, and ultimately be in contention to win the ACC Player of the Year award. If the Tar Heels are able to quickly master Hubert Davis’ new offensive gameplan, then Bacot will once again be UNC’s most consistent player in the interior post.