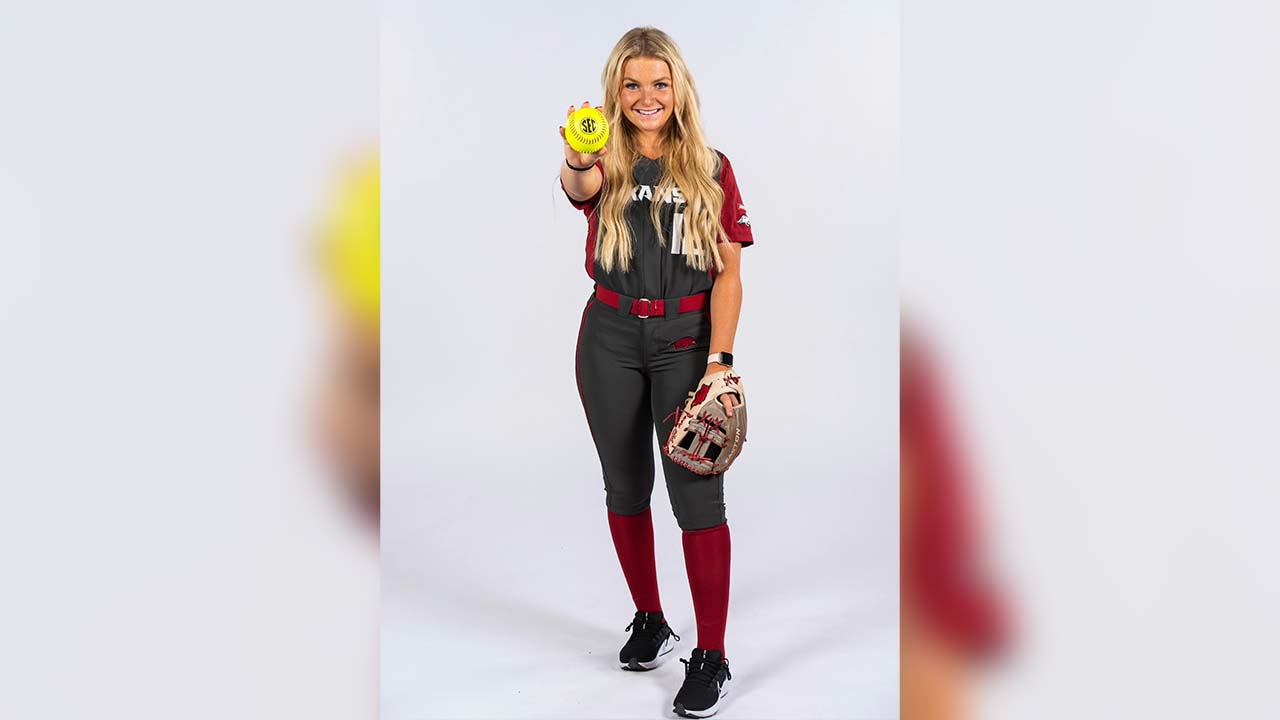 FORT COLLINS, Colo. (BVM) — Most great high school softball teams need a reliable ace who can dominate from the pitcher’s circle. No. 1-ranked defending state champion Fossil Ridge has had that covered for four years now thanks to Nikki McGaffin.

“Having her in the circle has really helped,” Fossil Ridge head coach Dave Philop said. “Ever since she was a freshman, she’s really done what we’ve asked. She’s very competitive; it’s tough to get her off the mound. She wants to be out there, she wants the ball all the time and that’s part of being a pitcher and being successful.”

McGaffin has been one of the best pitchers in Colorado since her freshman year when she went 14-1 with 1.78 ERA and 122 strikeouts in 90 ⅓ innings pitched. She followed that up with a stellar 21-2 sophomore season in which she recorded a single-season high of 238 strikeouts and then led Fossil Ridge to an elusive first state title last season as a junior, posting a 16-3 record with a 1.89 ERA and leading Class 5A in strikeouts with 189.

McGaffin’s junior season success didn’t come easily, however. She underwent back surgery on a herniated disc following her sophomore season in late December 2019 and had to endure a fairly lengthy recovery process before she was able to return to softball.

“It was definitely a lot harder than I expected,” McGaffin said. “I thought it was just going to be physically getting myself back but it was definitely harder on the mental side. It was about six months until I could pitch full and about 12 months before I was all the way 100% back.”

Now in her final year with the Sabercats, McGaffin is fully healthy and having her best season yet. She’s 16-2 with a 0.81 ERA and 186 strikeouts in 112 innings pitched and she’s looking to finish out her Fossil Ridge career on top before moving on to compete at the highest level of college softball in the SEC with the Arkansas Razorbacks.

McGaffin said her college recruiting process actually began when she was only 12 years old, and it finally came to an end this summer after she had the opportunity to play in front of multiple SEC coaches with her travel ball team, Triple Crown 18 Gold. Another SEC program, Texas A&M, was also among her top two choices, but the Fayetteville, Arkansas school ultimately won her over.

“I went on visits to both schools and Arkansas just grabbed my heart,” McGaffin said. “It’s the best school I’ve ever been to and I’m just very excited to be able to move after Fossil and play at such a high level and go to school at such a great place.”

I’m so excited & blessed to announce that I have verbally commited to the University of Arkansas to continue my academic and athletic career!
Couldn’t have done it without all my coaches and teammates. Love you all❤️🐗 WOO PIG pic.twitter.com/xVXiZj2Eii

But before moving on to Fayetteville, McGaffin hopes to finish her Fossil Ridge career with back-to-back state titles. The Sabercats are primed to make another serious run this fall after they finally got over the hump last year.

“It’s just a higher expectation we hold ourselves to now that we know we can do it and I think that allows us to have the courage to do it again,” McGaffin said. “I think having a senior class who’s experienced what it takes to win a state championship, it’s a lot easier and it helps us to know what it takes at practice, what it takes off the field, what it takes mentally and I think we have a really good chance this year.”

No matter how her senior season ends, McGaffin has already left her mark on the Fossil Ridge program and her proven perseverance not only helped the Sabercats make history, but it will also bode well for her as she takes on her next challenge and lives out a childhood dream at Arkansas.

“What she had to go through with back surgery, that says a lot about her resiliency and she wants to try to continue to get better and I think she realizes what it’s going to be like playing in a conference like the SEC,” Philop said. “It’s going to take your very best all the time, pretty much every day, to be successful at the college level, let alone a Power 5 school in the SEC.”

“I have dreamed of playing in the SEC since I was like 10 years old,” McGaffin said. “It’s the best conference in the world. As cool as it is, it’s also kind of nerve-wracking to step into but I’m very excited and I’m very glad I’m getting the opportunity to get to go there and learn from all the coaches and I’m excited to see what I can do.”