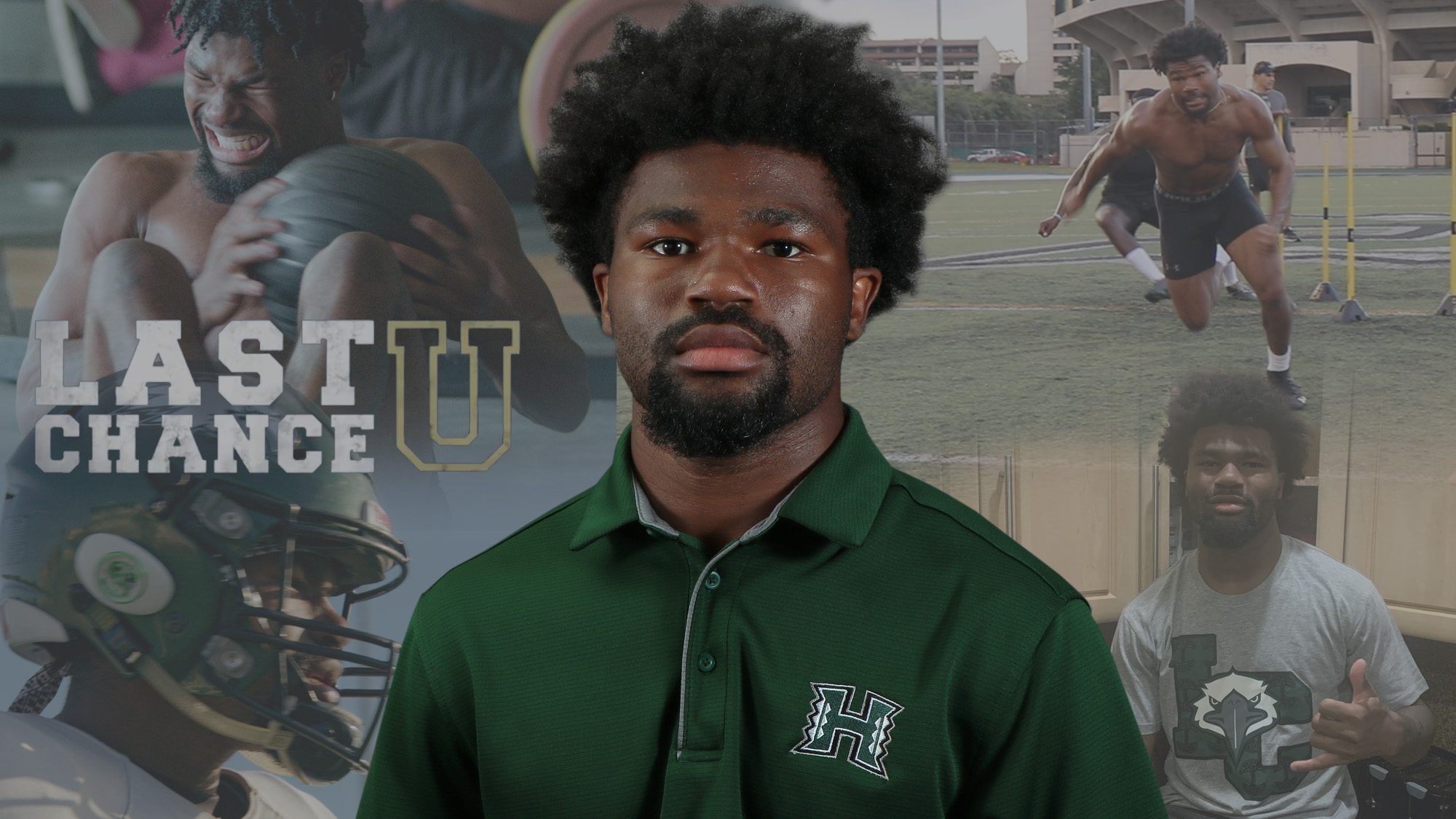 OAKLAND, Calif. (BVM) – The fifth season of the hit Netflix series “Last Chance U” chronicled the Laney College Eagles’ 2019 football season. The junior college – led by head coach John Beam, the “godfather of football in Oakland” – was in defense of a state championship it won after a 11-2 season the year before.

The Eagles struggled early on and finished just 6-4, but Dior Scott (known then on the show as Dior Walker-Scott) became one of the most memorable and inspirational figures of the show’s five-year run. While starring on the field for Laney as a receiver and emergency quarterback, Scott battled homelessness, anxiety and a broken relationship with his father.

The Antioch, California native spent time during that 2019 season living in his car, and his grit and resolve won viewers over.

“A lot of my Laney teammates, they didn’t know that I was living in my car last season,” Scott said in a University of Hawaii story. “So once they found out I was in my car they hit me up and said I could live with them. It was nice, but I just couldn’t trust anyone, so I felt like being in the car by myself was the best option.”

Despite major challenges in his personal life, Scott thrived on the field for the Eagles. After helping Laney win the 2018 CCCAA National Championship, Scott was selected to the 2019 Bay 6 all-conference first team. He caught 40 passes for 456 yards and four touchdowns in two seasons at wide receiver, while rushing for another three scores and passing for three more.

Scott’s production and talent ultimately earned him a spot on the University of Hawaii’s football roster as a preferred walk-on ahead of the 2020 season. In his first season with the Rainbow Warriors, Scott played in eight games, primarily on special teams. He served as the team’s main punt returner during the second half of the season and also returned a pair of kickoffs, averaging 26 yards per return.

The former Netflix star has appeared in four games in 2021, racking up 35 receiving yards and 21 kickoff-return yards. As Scott’s senior season in Honolulu continues, his play on the field is dwarfed by the impact he’s made on people with similar personal challenges.

“I never thought I would be a mental health advocate, which everyone is calling me now,” Scott told the University of Hawaii. “It’s a big responsibility, but I’m up for the challenge like I’ve been all my life.”