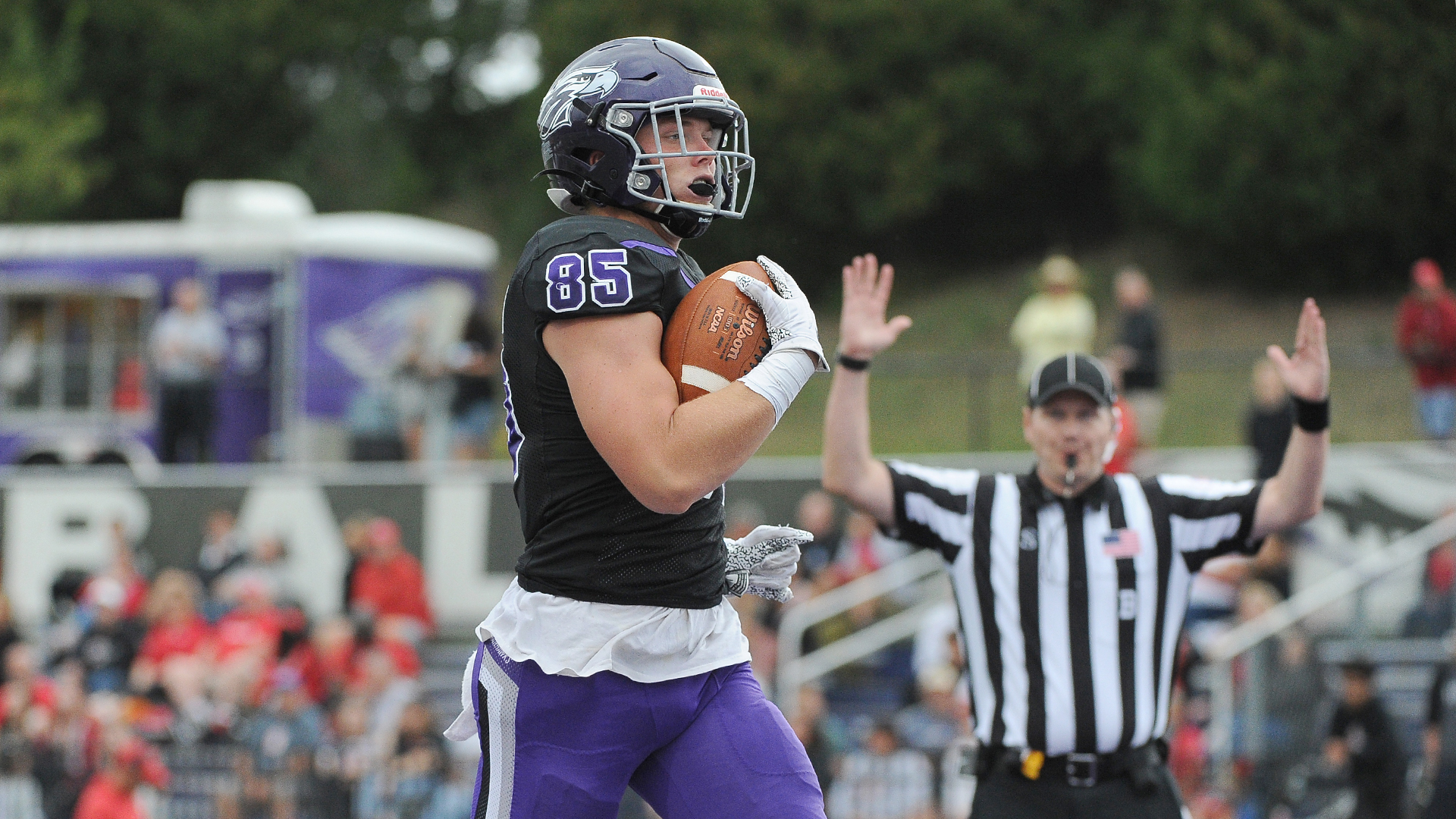 WHITEWATER, Wis. — University of Wisconsin Whitewater (4-0) opened conference play at Perkins Stadium Saturday night, defeating UW-Stout (3-1) 37-6. This was the third game of the year where Whitewater had a margin of victory that exceeded 30 points.

In a game that surprisingly saw UW-Stout compile more total yardage with 420 to Whitewater’s 358, it was fumbles and going 2-for-6 on fourth down that dug the Blue Devils into a hole that was too much to climb out of. Whitewater’s slogan of pound the rock was in evidence as they topped 176 yards on the ground for the day and was the focal point of the offense.

This early success should come as no surprise to Warhawk football fans, dating back to the 2010 season (excluding the 2020 season that was canceled due to Covid-19) Whitewater has gone an astounding 127-12. This also includes five trips to Stagg Bowl Championships and winning the title four times.

Whitewater is looking forward to going back to the Stagg Bowl after coming up just short in the last played season in 2019 where they lost to North Central (IL) 41-14. Heading into week five, UW-Whitewater is currently ranked No. 3 in the country and former champion North Central is ranked No. 1.

UW-Whitewater will be looking to close out their three-game homestand this Saturday when they host the Pioneers of Platteville. UW-Platteville (1-3) is coming off a tough home loss last week when they hosted No. 9 ranked UW-Oshkosh (4-0). Platteville ended up losing a close one 35-32 and at the end of the first quarter saw them down 21-3 and a late comeback came up just short.

Recent history has highly favored the Warhawks as the last ten matchups have all been in favor for Whitewater, but the last matchup in 2019 was very closely contested with a Warhawk win 21-14.

Whitewater should continue to lean on senior QB Max Meylor, who through four games has thrown for 916 yards with 12 TDs and 0 interceptions. Meylor is making his case to be a frontrunner for Wisconsin Intercollegiate Athletic Conference Player of the Year as well as a first-team All-American.

Head coach Kevin Bullis is entering his 7th season as the head coach of the Warhawks and has compiled an amazing track record going 61-9 in this span including a 32-3 WIAC conference record. But the one thing that is remaining off his resume is a Stagg Bowl Championship.

A 4-0 start looks as though he has his program on the right track, but in a city and university that has high expectations, it seems as though anything short of another Stagg Bowl appearance will be a disappointment.

While the trip to Canton, Ohio seems to be destined for this program, they must take each game one week at a time. For this week, it all starts with taking care of business against UW-Platteville in front of their home fans.

Cowboys’ Elliott, Chiefs’ Hill among best bets to sco...
White to start for Jets vs. Bengals for injured Wilson
Clifford, Kolar, Hutchinson among Campbell Trophy finalists
No. 1 Georgia’s title hopes boosted by down year in SEC Eas...
A tough time for Packers to be short-handed — at Arizona
Browns’ Mayfield practicing, hopes to play against Steelers
Luke Malmberg leads Lecanto’s rushing game
Ty Fryfogle’s 5-year journey as a productive wide receiver for ...
Rye Garnets close out regular season 7-0, now looking for a state...
Blowouts are on the rise through the NFL’s 1st 7 weeks
Syracuse’s 1-2 punch of Tucker and Shrader tough to stop
Jets place linebackers Sherwood, Cashman on IR