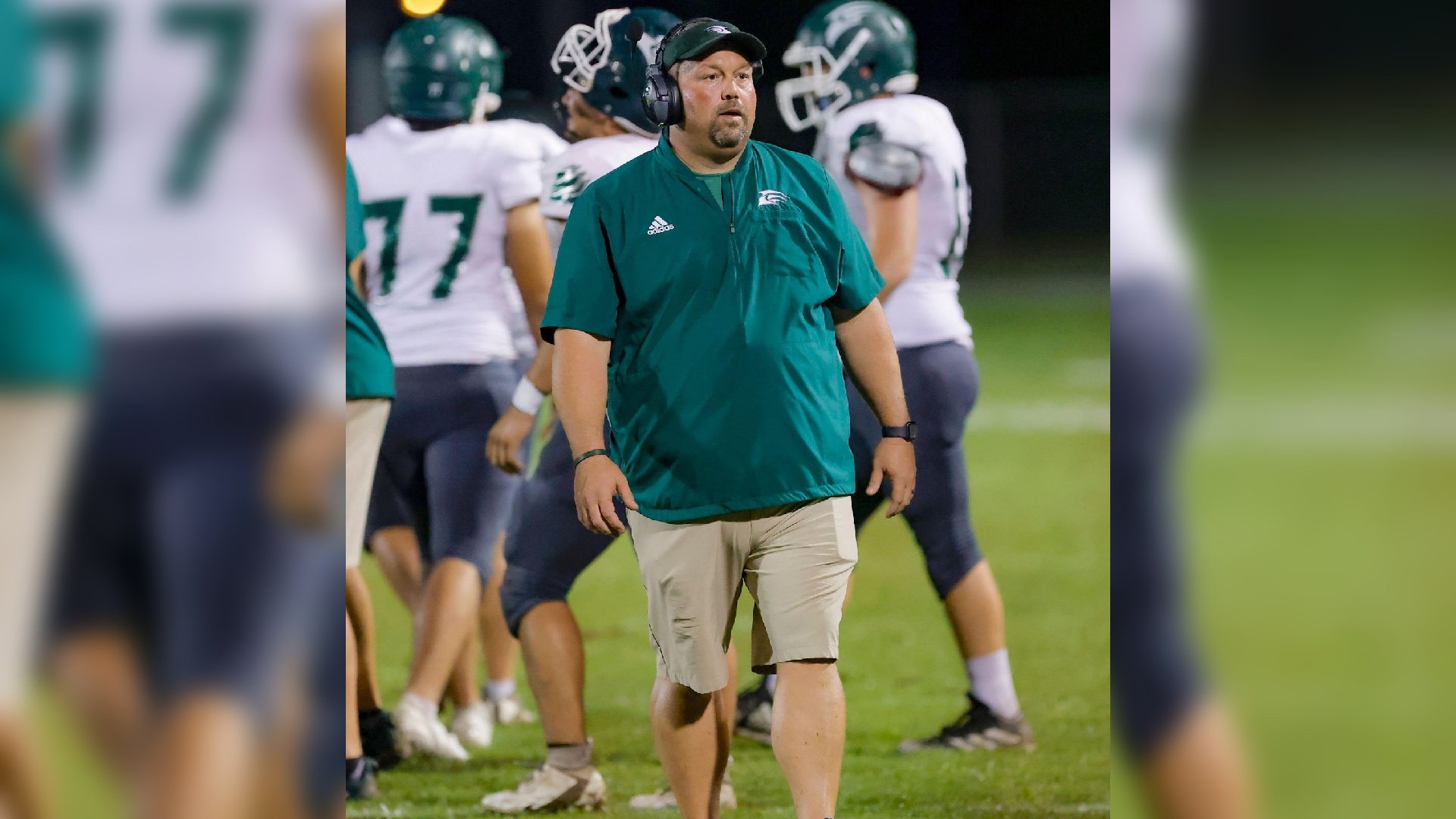 SANTA ROSA BEACH, Fla. (BVM) – This past Friday the South Walton Seahawks took down the Marianna Bulldogs in a tough 35-28 victory.

The Seahawks were down at halftime 14-7 to the Bulldogs. South Waltons gritty defense and five touchdowns on the ground for quarterback Kemper Hodges, helped bring the Seahawks to victory on Friday night.

“I am pleased with where we are at,” head coach Phil Tisa. “I do feel like we can still improve, but have progressed each week this season.”

Heading into the seventh week of the season, the 4-1 South Walton Seahawks will be going back on the road this Friday night to face another tough opponent, Port St. Joe Tiger Shark.

The Seahawks lone defeat came in a tough week four battle against the Baker Gators. The Seahawks came up just short in a tough 49-48 loss. The Seahawk defense isn’t going to let that one game represent who they are as a unit. They have bounced with two great performances helping bring two more wins to the win column.

“I think we are improving but still have a ways to go,” Tisa said. “We have to continue to work on being physical against the downhill running teams.”

South Walton currently sits at 15th in the rankings for 4A in Florida and are right near the top of the region currently in second behind the Bolles Bulldogs. Going into week seven of the season, the 4-1 Seahawks are right where they want to be for a strong playoff run.

Through five games played, the Seahawks have managed to average 40 points per game. This high flying offense is led by senior signal caller Kemper Hodges, who is second in 4A and 18th in the entire state with 1,306 passing yards. Hodges has also run for 11 touchdowns this season and thrown for another 17 touchdowns to just three interceptions.

“Kemper is impressive to me,” Tisa said. “He has a true understanding of the offense.  Having three Division I caliber players that understand what we are doing has helped the others progress with their knowledge of the game as well.”

The other Division I caliber players who are on the receiving side of those touchdowns from Hodges are senior wide receiver Cade Roberts and junior tight end/wide receiver Pearce Spurlin III.

Roberts, who is committed to play at the University of South Florida next season, has brought in 453 yards, putting him third in the 4A region, with five touchdowns through the Seahawks first five games. Against the Bulldogs, Roberts was the leading receiver for the Seahawks bringing in 125 yards on seven receptions. The Bulls are getting one reliable receiver as the senior is averaging 7.2 receptions and 90.6 receiving yards a game.

Spurlin III has also had one remarkable season. The junior tight end is already committed to play football at the next level for the University of Georgia. In his junior season as a Seahawk, Spurlin III currently sits third in the state and first in the 4A region for receiving yards. On top of all the receiving yards, Spurlin has also brought in 11 touchdowns so far this season.

Numbers like this are normal for Hodges and this high-flying talent filled offense. The Seahawks offensive line has provided the time and space the explosive playmakers have needed to do what they do best, create.

“I am pleasantly surprised with the offensive line,” Tisa said. “Everyone pays attention to our explosive playmakers, but none of that is possible without the guys up front.”