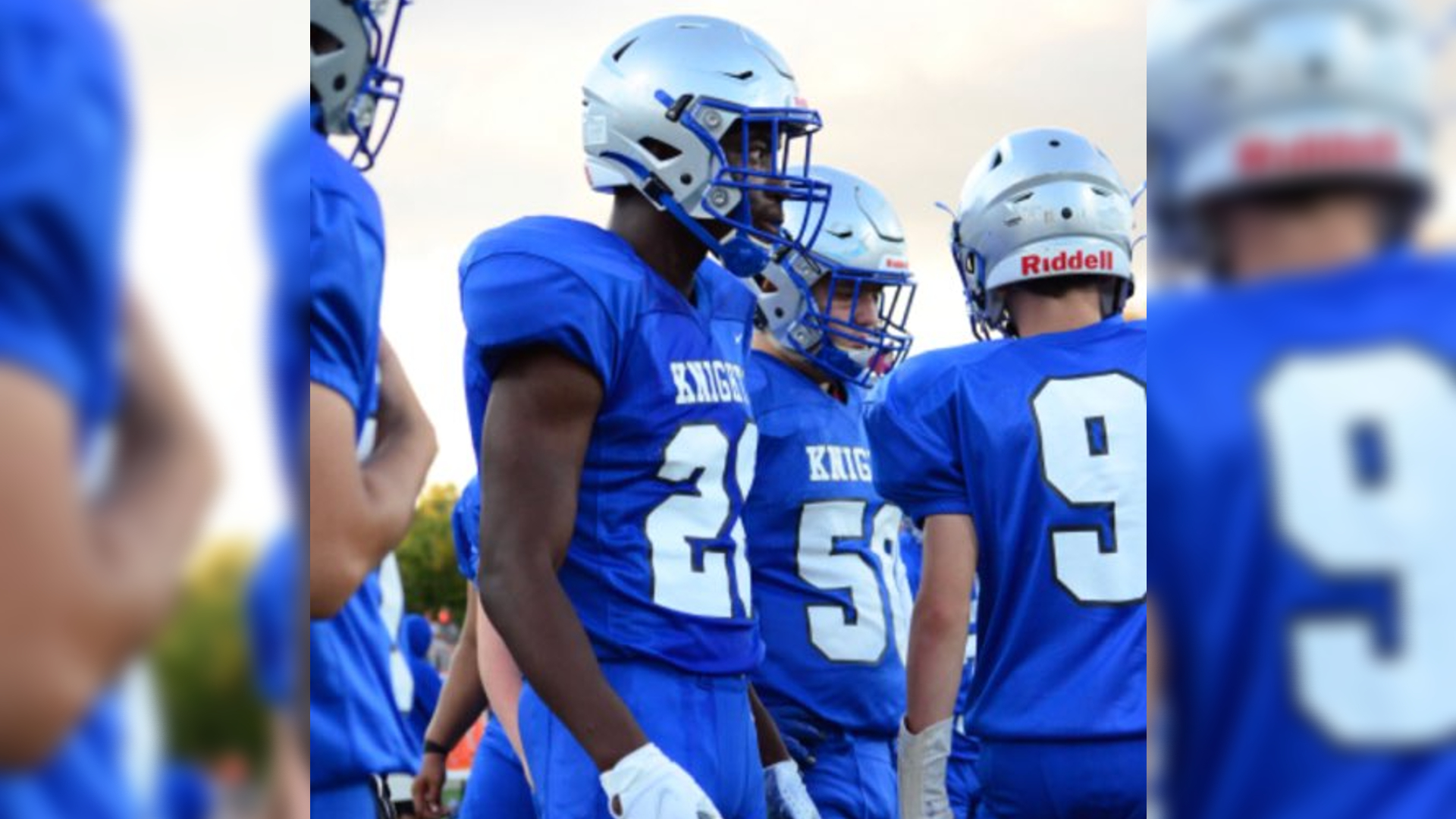 COLUMBUS, Ohio (BVM) — Bouts of adversity are commonly faced by athletes on the field. However, this past year, Bishop Ready High School junior Jerad Koboi had to face adversity off the field not once, but twice.

Growing up in New Jersey, Koboi began playing football from an early age, and also competed in track and wrestling. He continued with the latter in addition to football during his move to Columbus, Ohio in eighth grade.

It was towards the end of his freshman wrestling season at Bishop Ready that Koboi first noticed an issue. A swollen lymph node had popped up in the athlete’s neck, and at first, he didn’t think much of it.

“I didn’t think it was much of a big deal when it was small,” Koboi said. “They told me it might just be a swollen lymph node and would go back to normal, but it didn’t.”

The lymph node continued to grow. Although Koboi would compete in his sophomore football season and part of his sophomore wrestling season — where he also suffered a serious hip injury — doctors decided it was best if he got the lymph node removed.

However, when removing it and doing a biopsy, it was discovered that Koboi had a slow-growing cancer called Nodular lymphocyte-predominant Hodgkin lymphoma (NLPHL).

Throughout that time, he remained close to his football team at Bishop Ready, even participating in a few lifts with them.

“It really helped me with handling cancer and chemotherapy,” Koboi added. “It was a tough time. My parents also made a lot of time, I was never alone. My parents did a lot and everyone was really supportive.”

By this past summer, Koboi began lifting and working out once again, gradually improving and getting back to full strength.

“Those three months really took a lot out of me,” the junior said. “After that, getting back to where I was took a long time. At first I struggled a lot, it was really hard. I listened to my body to make sure I did what I could do, and what I couldn’t do, I stayed away from it. As one of my coaches told me, it was a marathon, not a sprint.”

As one could imagine, however, Koboi was hoping to do more. Throughout the offseason, interim head football coach Michael Schaefer was one of many who saw that eagerness in the defensive end’s eyes.

“He was chomping at the bit to do more,” Schaefer said. “He would come in and we would say you’re going to do one set of each exercise. So it was a balance between trying to help him feel where his body was at and helping him progress. He did a good job of listening to his body. He had good days and bad days, but he kept working at it and by the end of the summer, he was in pretty good shape. We were expecting him to be able to rock and roll for us from the start.”

Koboi was ready to return as an integral part of the Silver Knights’ team. After a learning year as a freshman, he came into his own as a defensive lineman as a sophomore, helping Bishop Ready to a 6-3 record and playoff appearance.

“Coming into high school football, it was different,” Koboi noted. “The energy was different. I started learning, but I was getting better. Sophomore year, I was moved to defensive end. I was good at that position and learned it pretty fast.”

Two of Koboi’s best attributes on the field are his quickness and strength, so getting back in shape over the offseason was imperative.

“Speed and power would definitely be his attributes, and just a motor that never quits,” Coach Schaefer said. “He has great energy and a great motor.”

But perhaps most important for Koboi was just having the chance to be back out on the field with his teammates, and playing the sport he has loved since he was a little kid when his dad first introduced him to it.

“Honestly, I think my dad wanted to give me something to do and football was it,” Koboi said. “I didn’t really know much about it when I was a little kid, but it turned out to be really fun so I just kept playing it.

“My teammates make it better. I wouldn’t play as well as I do without my teammates.”

Poised to make his long-awaited return, another bump in the road occurred. In early August, Koboi got sick, experiencing a fever, headache, stomach issues and a loss of taste and smell. He got tested for COVID-19, and it came back positive.

“I just thought it was a fever but it got worse,” Koboi explained. “I was tested for strep throat, Covid, they tested my blood, blood pressure. When the Covid test came back, it was positive. So many thoughts went through my mind.”

Fortunately, Koboi recovered after 10 days off. As he entered into Covid protocol, he continued to work to build his stamina further.

The junior has returned to the field this fall, and has continued to be a big part of the Silver Knights’ defense, racking up numerous tackles and a couple of sacks through the four games he has played.

It’s a tremendous comeback for the 16-year-old, but one that may not have happened without the support of his teammates, coaches, family and community.

“It meant a lot,” Koboi said about the support. “I just loved how my family was so supportive of me, doing a lot for me and all they could. Coming to the school and the weight room, seeing Coach Schaefer come up to me and give me a hug, that was really touching for me. All the coaches, my teammates, my friends … all the support was amazing and really helped me through that.”

The season continues to march on for the Silver Knights, as they have three games left and will make the playoffs with a few more wins. After the season, Koboi plans to forgo his junior year of wrestling to continue to get his body right, but he plans to return to the mat as a senior, and hopes his team improves on the gridiron next fall as well.

Perhaps the cherry on top of Koboi’s comeback story will be playing college football somewhere in a couple of years. He has not received much in the way of interest or offers yet, but believes he can get to that point.

“I do have plans to play college ball,” Koboi said. “Whichever college gives me a good opportunity to have a chance on the field and play football, I will go to that college and try to be successful.”

However, Koboi’s story is already pretty impressive in its own right. For Coach Schaefer, it is remarkable to see his team’s heart and soul back on the field.

“Even before cancer and Covid, Jerad was a catalyst for our team in terms of his energy, leadership and his ability to play football,” Schaefer said. “Overcoming what he has, he’s just so diligent with all the little things to be able to play at the level and with the intensity that he knows he needs to play with. He’s a great example for our kids at every level.”

For Koboi, he will continue to get stronger day by day, and while his story is an inspiration, he is inspired by others who may have had it even worse than him.

It’s not always known when tough times will hit in someone’s life, but Koboi faced his head on, and will continue writing his success story each day from here on out.