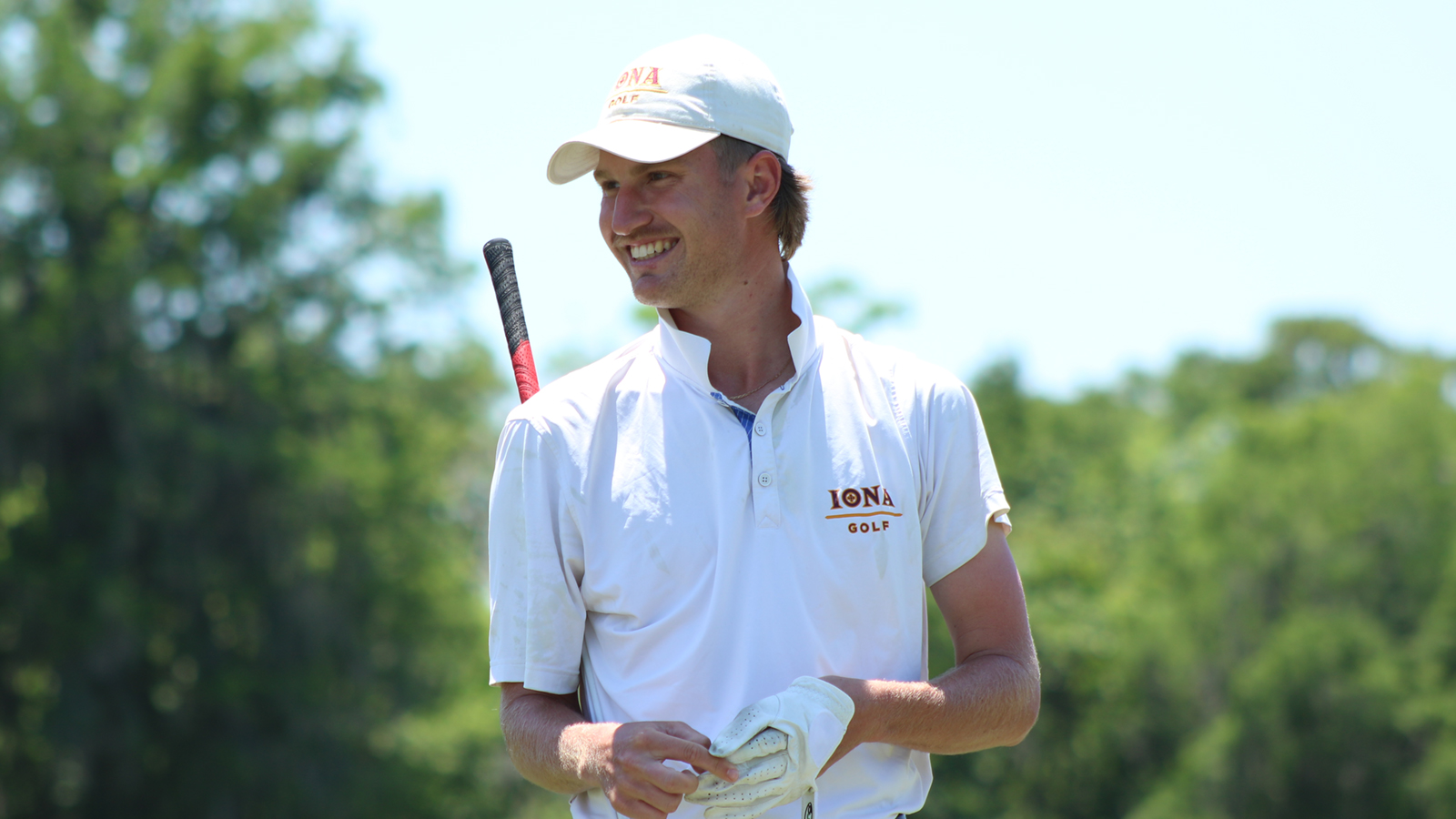 NEW ROCHELLE, N.Y. — Justin Burkhamer has been a staple player for the Iona College golf team all season and continues to lead the team to better finishes.

The graduate student from Charlotte, N.C. has been on the team since his freshman year, coming from Jensen Beach High School with an impressive résumé. He had one win at the Florida Junior Tour Championship, two top-15 finishes at the Teen World Championship and a three-time All Area Player in South Florida. He was also a South Florida PGA Junior Tour member, with two wins and 22 top-10 finishes.

He also won the MAAC Rookie of the Year award, was an All-MAAC performer at the 2018 and 2019 MAAC Championships and was a two-time MAAC Golfer of the Week in 2021.

Thanks to their success in the MAAC, Iona was able to make it to the NCAA Regional Championships. The Charlotte native led the team in the first two days, with a 74 (+4) in the first day and a 75 (+4) in the second. The third day, he finished second in his team overall with an 82 (+11) for the day and an overall score of 232 (+19). He finished the tournament 67th individually.

The experience Burkhamer was able to gain at the NCAA Regional Championships has proved useful. He’s performed well recently for the Maroon and Gold this season. In The Doc Gimmler, he was the most consistent golfer on the team. He never hit over a 3-over round and was just 218 (+8) for the whole tournament. Even so, the overall team struggled. They finished the first day 13th out of 14. The next and final day, they were able to improve a bit as they finished tied for 11th with a score of 876, just one less than Holy Cross and their 877.

Their next event was the UConn Invitational. It was at this tournament where Burkhamer showed that his talent is capable of lifting Iona to even higher levels. He was able to put up 211 (-5), coming second overall out of 90 total golfers. The performance earned Iona fourth overall out of 16, their best finish this season so far.

Burkhamer has been able to perform well at the top for over four years at Iona. If he’s able to finish off this season with similar performances, he’ll be able to leave a legacy at Iona like no other.

Iona looks forward to the Columbia Autumn Invitational on Monday, where Burkhamer will have another shot to prove he’s able to lead Iona to more success.