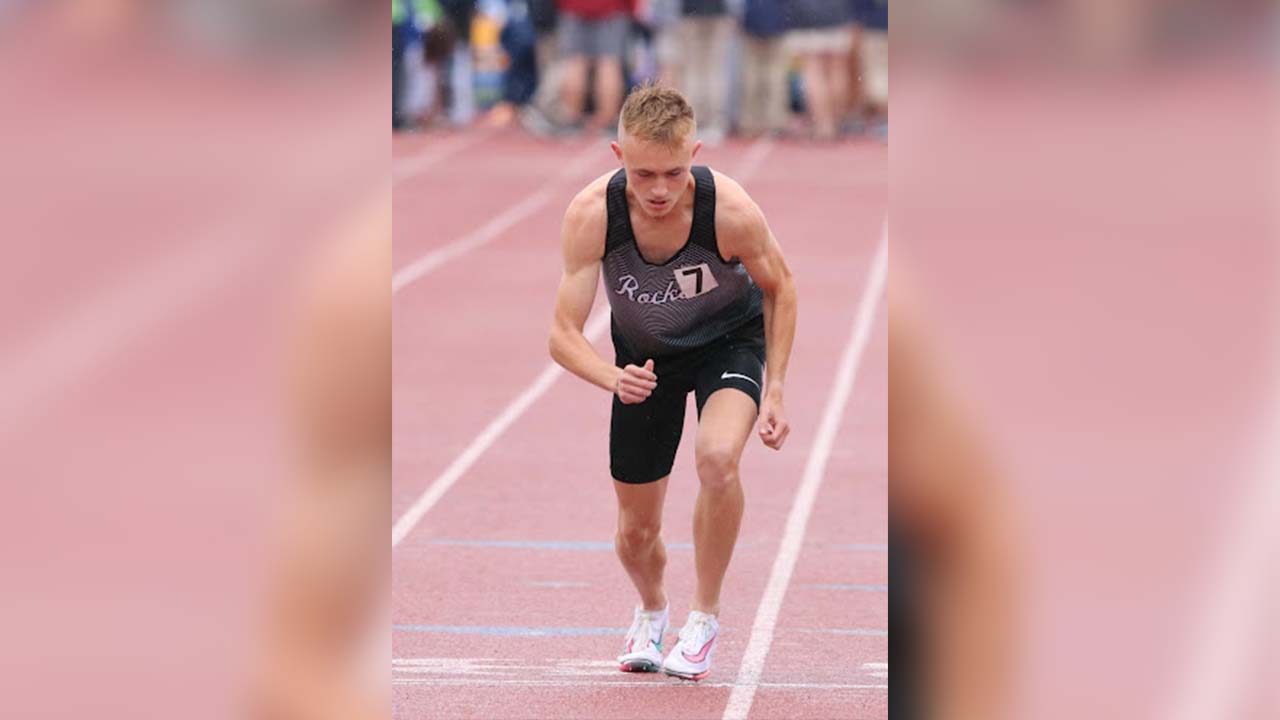 LINCOLN, Neb. (BVM) — Lincoln Northeast cross country runner Dan Romary thought he was a sprinter at the start of his career. In elementary school, he knew he was fast after winning some indoor races during recess so he went out for cross country in seventh grade thinking it was track.

“When I realized I had to run a 4k, I was in for something different,” Romary said.

Moreover, what started out as a mistake turned into something that would change his life. Now a senior in high school, Romary has many accolades in both track and cross country including school records in the 3,200, 1,600 and 800-meter runs.

His track career began on the Olympus track club where he competed during the summer through USATF and went to USATF nationals.

“Being on the track club brought out my sprint side,” Romary said. “Every once in a while I would hop into a sprint workout which helped with my finishing speed.”

However, his prep track career started out slow since he missed freshman year due to an injury and lost his sophomore year due to COVID-19, therefore making last year his first high school track season.

Nonetheless, a break from racing did not slow Romary down his junior year where he came in first across the line in the 800m at the state meet.

“The highlight of my high school so far was definitely winning that state 800m title last spring,” Romary said. “It had been a goal of mine and I had good competition so to accomplish it just felt amazing.”

Despite mediocre cross country seasons freshman and sophomore year, Romary had great success on the grass his junior year, culminating in a sixth-place finish at the state cross country meet.

“​​It felt really good because I executed the race plan perfectly and I was expected to get eighth so placing sixth was great.” Romary said.

“Snoozy has impacted me because he’s a great role model on and off the track,” Romary said. “He has high expectations for the team academically and he has gone to the big-time races when he was in high school and college so he has lots of experience in races which helps me when I strategize for my races.”

Romary has won all but one race this season and his times have shown to be better than last year. His goal for this season is to win state and run sub 15:20, but he also has goals for after the high school season.

“I have a lot of big goals for the season,” Romary said. “I also want to go to Foot Locker this year because I’ve never done anything like it and I want to see what I can do.”

The Foot Locker Cross Country Championships are a series of annual cross country running races held in various regions of the United States.

Running has impacted Romary in many ways and he hopes to bring his talent to the next level. Some of the colleges he is currently looking at include Iowa State, Tulsa, and Oklahoma State,

“Wherever I go, I hope they make me the best runner that I think I can be.” Romary said. “Looking way into the future I would want to make it to nationals.”’

As a team captain, Romary likes to give advice to the underclassmen and based on his career thus far, the biggest thing he tells them is to be consistent.