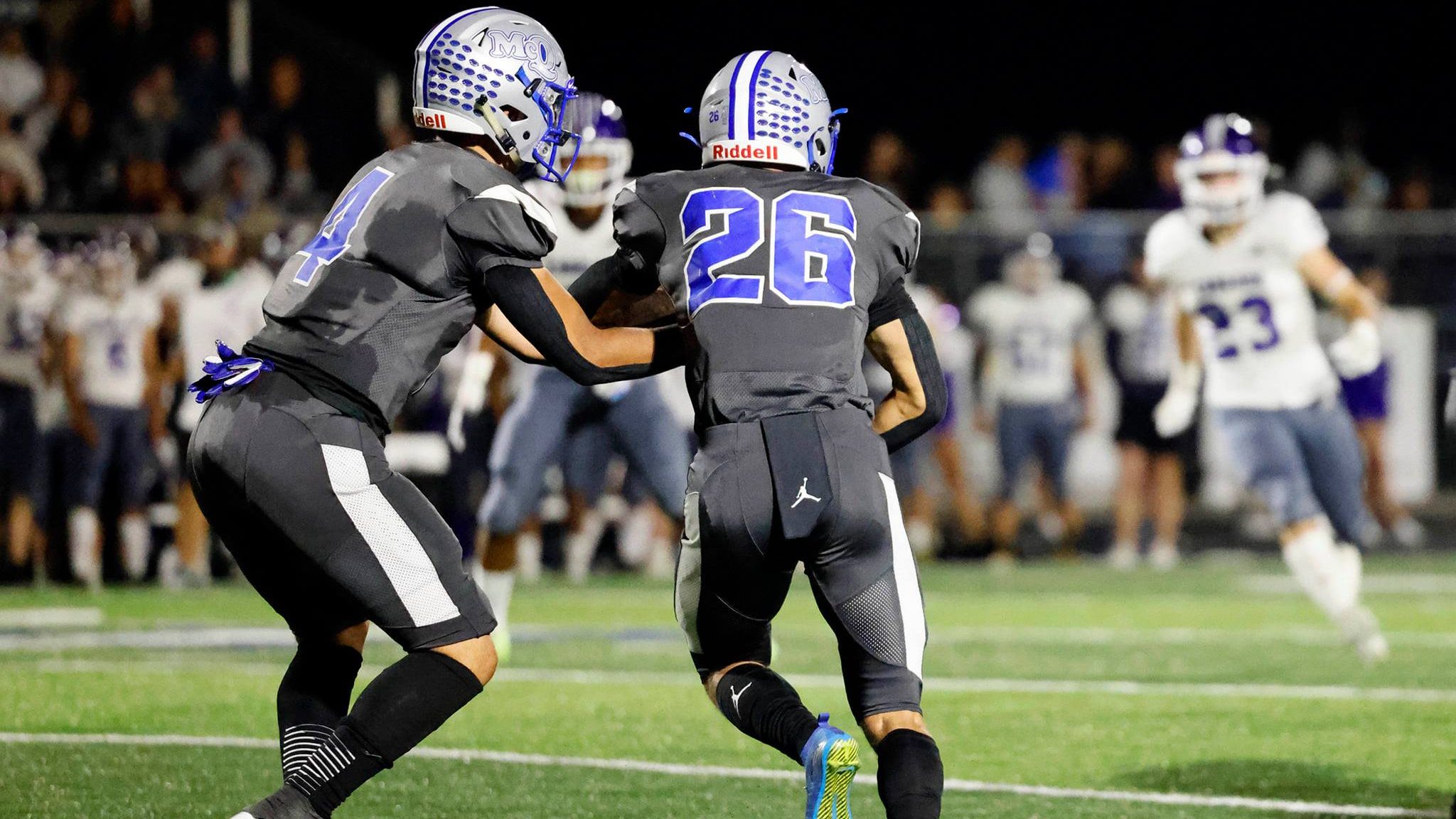 RENO, Nev. (BVM) – McQueen High School football hasn’t gone undefeated in 5A Northern League play since its 2008 4A state championship. Jim Snelling took over for the legendary Ken Dalton as head coach the following season and, aside from a sparkling 12-2 campaign in 2010-11, the Lancers have just one eight-win season in the last decade.

But six weeks into the 2021 season, No. 8 McQueen is 6-0 and just two wins away from its first undefeated regular season since that coveted state title. Perhaps the biggest reason for the Lancers’ success is senior running back Ashton Hayes.

“He’s got elite-level speed, he’s a student of the game so he studies film and he endears himself to the linemen he’s working with; he’s not above them so they want to work harder for him and obviously that benefits him,” Snelling said of Hayes. “He’s a very good football player whose play shows what kind of kid he is.”

Simply put, Hayes has been on an absolute tear to begin his senior campaign.

The 5-foot-11, 180-pound running back has rushed for 1,028 yards and a state-leading 16 rushing touchdowns through six games. Hayes put together a masterpiece in Week 3 at Bishop Manogue, rushing for a mind-blowing 358 yards and four touchdowns on 35 carries. It was the seventh-highest single-game rushing total in the state’s large-class history.

Hayes is just warming up for what could be an even brighter future at the University of Nebraska. The three-star recruit committed to the Cornhuskers in June after receiving offers from Cal, Fresno State, Hawaii, Nevada, Stanford and others.

Part of what makes McQueen so dangerous this season is the fact that Hayes isn’t the only threat with Division I talent at the Lancers’ disposal.

“We’re really blessed this year; we have a great team,” Snelling said. “It’s a situation where if they (opponents) are isolating and really trying to shut Ashton down, we have another guy that can balance that out for us. When you look at our offense, you can’t just try to shut him (Hayes) down. You’d like to, you’d like to put all of your guys on him, but there’s just too many other weapons that will hurt you when you do that.”

The other weapon who has defenses panicking, and Division I schools clamoring for his services, is Robby Snelling.

The four-star athlete has compiled more than 20 offers from the likes of Arizona, Auburn, Michigan, Oregon, UCLA and others. Robby doubles as the Lancers’ quarterback, where he’s accounted for nine total touchdowns this season, and linebacker, where he leads the team in total tackles with 50.

Despite his immense amount of talent on the gridiron, Robby has committed to play baseball at LSU.

After a long road and lots of consideration I am so happy to announce that I will be committing to LSU to further my athletic and academic future!! Thank you to my teammates and coaches for your support through this process! @LSUCoachJ @JKelly_49!🟡🟣@LSUbaseball #GeauxTigers!! pic.twitter.com/PooxVUHijX

McQueen’s dependence on both of its stars, and not just one, was never more evident than last week during a dogfight with Reed High School. During a game where Hayes was held to his second-lowest rushing total of the season (94 yards), Robby stepped up to help keep the Lancers undefeated.

After rushing for a touchdown in the second quarter to put McQueen on the board, Robby found senior Logan Allan for the go-ahead touchdown pass with less than a minute to play. It was the Lancers’ first lead of the game (13-9) and it kept their record unblemished despite a quiet night from the league’s leading rusher.

“A lot of (our success) comes down to the fact that nobody really cares who gets the credit,” Jim said. “The bottom line is that they want to win football games.”

Winning football games is all McQueen has done so far this season, and there’s no reason to believe that it’ll come to an end anytime soon. The Lancers (6-0) host Reno (4-3) on Friday night for Rivalry Week.