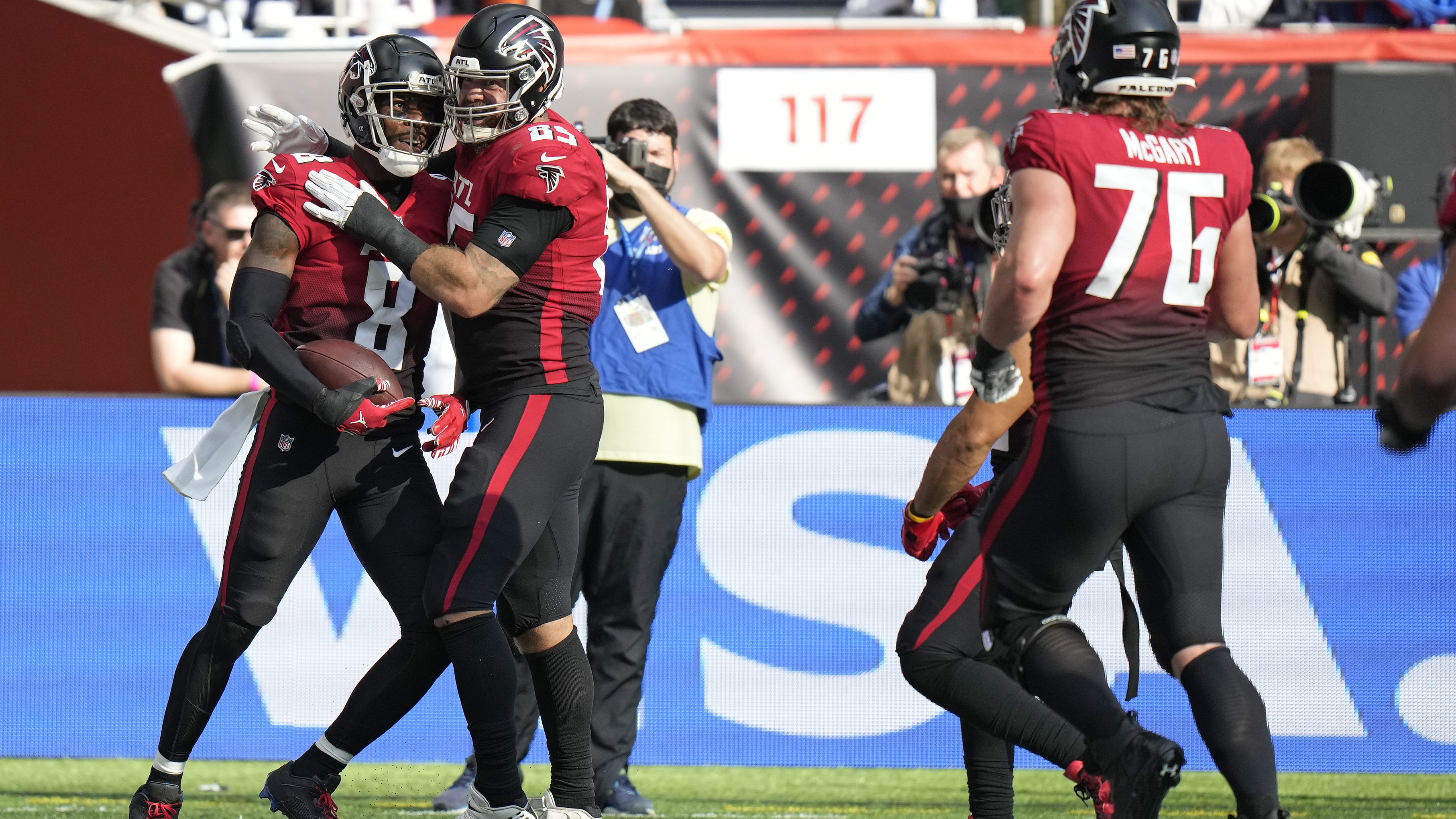 ATLANTA (AP) — Five weeks into Arthur Smith’s regime, the Atlanta Falcons are back where they ended last season.

They’re last in the NFC South.

There’s a difference, however. There are small signs of improvement that provide reason for encouragement.

The Falcons are 2-3, but they’ve won two of their last three games as they enter their bye week.

For a team coming off a 4-12 finish in 2020 for its third consecutive losing season, prompting a makeover that included hiring Smith and general manager Terry Fontenot, even small signs of progress are big news.

Atlanta has an opportunity to even its record when it plays at Miami on Oct. 24. It has looked more like a .500 team the last three weeks, thanks to progress on a young offensive line, in the running game and on defense.

If the Falcons had not blown an eight-point lead in the fourth quarter of a 34-30 loss to Washington on Oct. 3, they would have a three-game winning streak.

Smith said there has been growth since Atlanta’s season-opening 32-6 loss to Philadelphia and its preseason opener against Tennessee.

“We’ve evolved,” Smith said Monday. “We’re a lot different than we were.

“I think there’s been a natural evolution and it’s starting to pay off. We just hope to keep going so we don’t have any setbacks when we come back and get ready to play Miami.”

Matt Ryan has led Atlanta’s recovery from its 0-2 start. He has passed for eight touchdowns with no interceptions in the last three games.

Smith said he expected “a natural evolution” with Ryan and his offense “because it’s like a new marriage, so to speak. So, really pleased with how Matt’s playing.”

The Falcons were without top wideouts Calvin Ridley and Russell Gage in Sunday’s 27-20 win over the New York Jets in London. Ridley missed the game for personal reasons and Gage was held out with an ankle injury.

Smith said Monday he had no update on Ridley’s status, which he called “day to day.”

As a result, Ryan featured his tight ends, including rookie Kyle Pitts, who had nine catches for 119 yards. Pitts scored his first touchdown and had his first 100-yard game in his much-anticipated breakout game.

“I would say it’s a relief just to be able to start there, know that it can go higher from here,” Pitts said. “Reset next weekend, go to Miami and have a better game.”

The interior offensive line struggled early in the season with two new starters in center Matt Hennessy and rookie left guard Jalen Mayfield. Smith stuck with the new starters and the unit gave up no sacks to a Jets pass rush that had seven sacks the week before in a win over Tennessee.

Ryan said the line “did a great job” against a Jets defensive front he described as “very strong.”

“They fight,” Ryan said of the offensive line. “They really do. They fight hard. I appreciate that. They give it everything they’ve got.”

The line allowed the Falcons to gain 450 yards, convert nine of 14 third-down plays and score three touchdowns in four trips to the red zone.

While the line protected Ryan, running backs Mike Davis and Cordarrelle Patterson combined to rush for 107 yards. Davis had 53 yards with a 3-yard scoring run in the fourth quarter.

Atlanta had to remake its secondary after losing nickel back Isaiah Oliver to a season-ending knee injury. The Falcons also were without starting safety Erik Harris (calf) and cornerback Avery Williams (hamstring), but held the Jets to 230 total yards, including 166 passing.

Ryan likes the timing of the bye, especially following the long trip to London.

“It’s coming at the right time, no doubt about it,” Ryan said.

“A little bit of my message to the team afterwards is that we’re building as a team, we’re getting better,” he added. “We need to approach this bye week with the right mindset to get ourselves mentally fresh, our bodies fresh so that … we can get ourselves back in the mix. That’s got to be the mindset for us.”