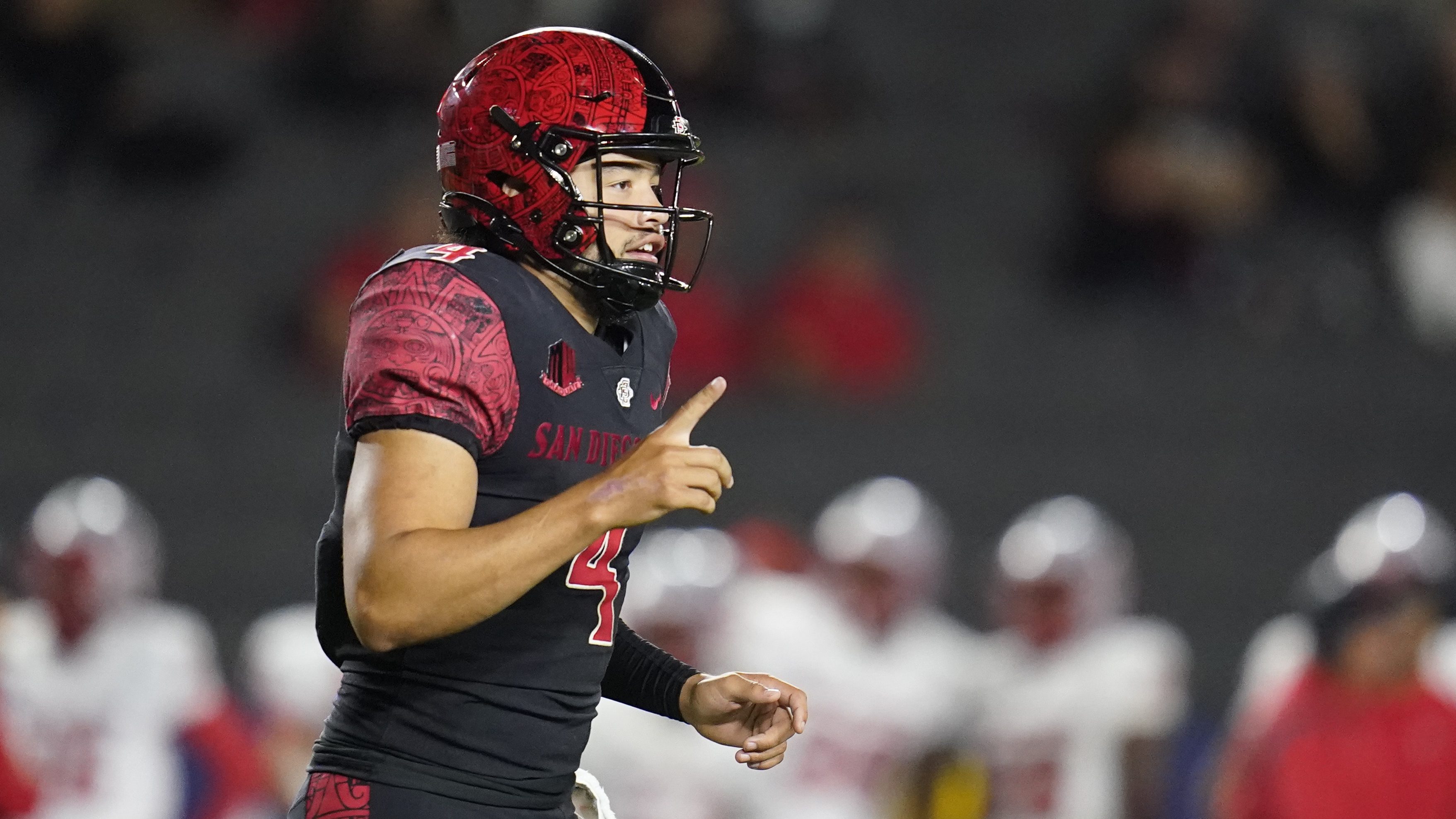 SAN JOSE, Calif. (AP) — Even as San Diego State rolled to its second 5-0 start in 47 years, the Aztecs had something else on their mind.

The home loss more than 11 months ago to San Jose State still stings for the 24th-ranked Aztecs (5-0, 1-0 Mountain West) headed into the rematch against the Spartans (3-3, 1-1) on Friday night.

“That game has burned in our mind,” center Alama Uluave said. “We’ve been looking forward to (playing San Jose State) since the day after we lost last year. We’ve had this game circled on our calendar, too. Not only as a team, but personally as an O-line. We didn’t do good enough last year and we’re looking to make up for it.”

San Diego State was held to a season-low 2.2 yards per carry in the 28-17 loss that helped deliver a conference title to the Spartans.

The Aztecs led that game early in the fourth quarter before allowing two TDs in the final 12 minutes to lose.

While the Spartans used that win to propel them to an undefeated regular season and the Mountain West championship, they aren’t playing at that level early in 2021.

They have alternated wins and losses through six games this season and are coming off a three-turnover game in a 32-14 loss at Colorado State last week.

The Spartans could once again be without starting quarterback Nick Starkel, who missed the past two games with injuries. Brennan said he doesn’t discuss injuries and wouldn’t say whether Starkel or Nick Nash will start.

Nash has thrown five TD passes the past two weeks and had two touchdown passes and the go-ahead TD run in last year’s win at San Diego State after Starkel left early with an injury.

“I think at the time we were all holding our breath a little bit just because Nick (Nash) hadn’t played much and he hadn’t played for a full game,” Brennan said. “When Starkel went out of that game, everyone was like, ‘here we go.’”

San Diego State has dominated in the trenches this season and joins Army as the only teams to rank in the top 10 in both rushing offense and rushing defense.

The Aztecs rank second nationally allowing 50 yards rushing per game and are eighth with 244.4 yards rushing on offense. The rushing margin of plus-194.4 yards per game is third nationally, trailing only Air Force (plus-278.0) and Army (plus-264.2).

San Diego State is also the only FBS program that hasn’t allowed a rushing TD all season.

“That is something our defense has already prided ourselves on is stopping the run,” linebacker Caden McDonald said. “We don’t want anyone to run on us.”

San Jose State has had a challenging schedule, having played three straight road games in September that included trips to Hawaii and Western Michigan in back-to-back weeks and now two straight games on short rest. After playing at Colorado State last week, the Spartans had a quick turnaround before this game against the Aztecs. They will have to do it all over again before playing next Thursday at UNLV.

One of San Diego State’s biggest stars is kicker/punter Matt Araiza. He has been solid as a place kicker by being perfect on 23 extra points and making five of eight field goals, but really stars at punting.