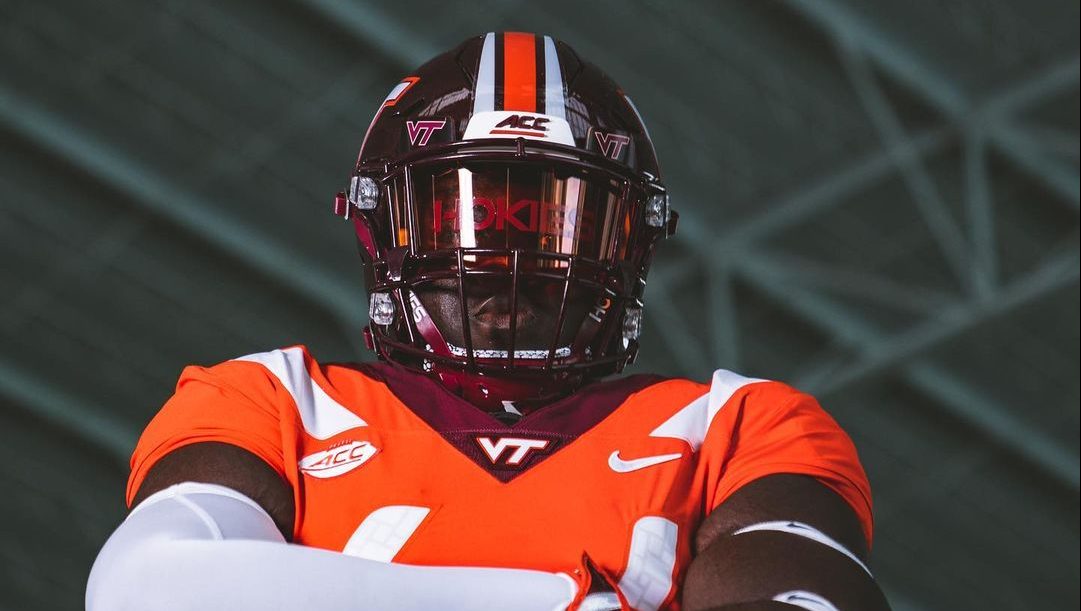 CHESTER, Va. (BVM) — The Virginia Tech football team continues to dominate recruiting in its own state as the Hokies earned another commitment from a top Class of 2022 recruit. Thomas Dale High School defensive lineman Malachi Madison joined the ever growing list of in-state commits to the VT program when he announced his commitment to the Hokies on Oct. 14.

“I’m feeling good, just happy to get it all off my chest now and finally get to focus on the task at hand with this football season,” Madison said.

With his commitment, Madison becomes the 23rd overall Virginia Tech commitment and the eighth from Virginia, according to 247Sports. This pushes the state with the most commits in the class to an even wider margin as the next closest state, Georgia, only has four commits to the Hokies. VT also outperforms any other Division I program in terms of quality Class of 2022 recruits as all eight in-state recruits are in the state’s top 50, according to 247Sports, which is more than the second-most team, Virginia, which has three.

In Madison, the Hokies get the No. 36 player in their home state, a three-star recruit who is ranked as the No. 153 defensive lineman in the country. Madison chose the Hokies over two out of state programs in his top three: Mississippi State and UCF. While Madison visited both, it was clear no place is like home for Madison.

At 6-foot-3, 310 pounds, Madison certainly has the frame to fit in well with a Division I roster. Add in the fact he will be joined by nearby fellow edge rusher Rashaud Pernell of Highland Springs and the Hokies have a formidable duo from within 20 miles of each other.

“We all gotta work,” Madison said. “We all want to get on the field and we know [defensive line] Coach Teerlinck and [co-defensive line] Coach Price rotate their d-linemen in a lot so we know this is just going to be all of us working and getting a spot on the team and showing out for this area by playing.”

In addition to the talent of Purnell, VT also added fellow defensive lineman D’Andre Martin from Life Christian Academy and running back Ramon Brown from Manchester to round out a quartet of Hokie commits in the Richmond area.

“Everybody is just happy to be a part of this new class coming in and I’m just happy to see some people I know going there too,” Madison said. “I know a lot of people will be at the game supporting me and other people around the area.”

For the rest of the fall however, the senior defensive lineman will be focused on continuing the success he and his Knights teammates have had so far this year. Currently sitting at 5-1, the No. 9 ranked Thomas Dale Knights are coming off its biggest win of the season, defeating No. 5 Hopewell High School 39-21 at home.

For Knights head coach Kevin Tucker, having a player like Madison at his disposal has been a major factor of the team’s overall success.

“Malachi is unique because he’s a 300-pounder who runs like a 210-pounder,” Tucker said. “He’s got great feet, great hands, he’s quick off the ball. … He’s a nightmare for an offensive lineman because he’s so quick and powerful, he can run through you or run by you.”

As is the case with top athletes, Tucker has found it difficult to keep Madison off the field regardless of position.

“As far as athletic ability, he plays some fullback for us on offense,” Tucker said. “We will line him up in our heavy set and he kicks out and there aren’t many guys who can run or move like he does. If we had to, we could probably throw the ball or hand it off to him if we wanted to. … He’s a team-first guy, whatever it takes for us to win, whatever it takes for us to keep playing, that’s what he’s going to do.”

With a pair of regular season games left on the schedule and the playoffs looming, expectations are sky high for Madison and his teammates.

“It would just make me happy to end my high school career with something great like a ring with this team I started with,” Madison said. “That would just be an amazing experience to have.”

With hopes of making his last season a memorable one, Madison will put all of his energy and effort into the final weeks of the season before putting his focus to the next level and Virginia Tech.

“Over the next four years you can expect from me complete dominance from the time I step on the field from the time I leave the field,” Madison said. “My plan is to try to make the program’s d-line history a great one along with the other people coming in with me. You can expect a lot of hard work out of me, 100% effort on and off the field and you’ll get a leader out of me.”

For Hokies fans, another homegrown talent will only be beneficial to the program and one as skilled as Madison will go a long way in VT maintaining its dominance in the state’s recruiting.