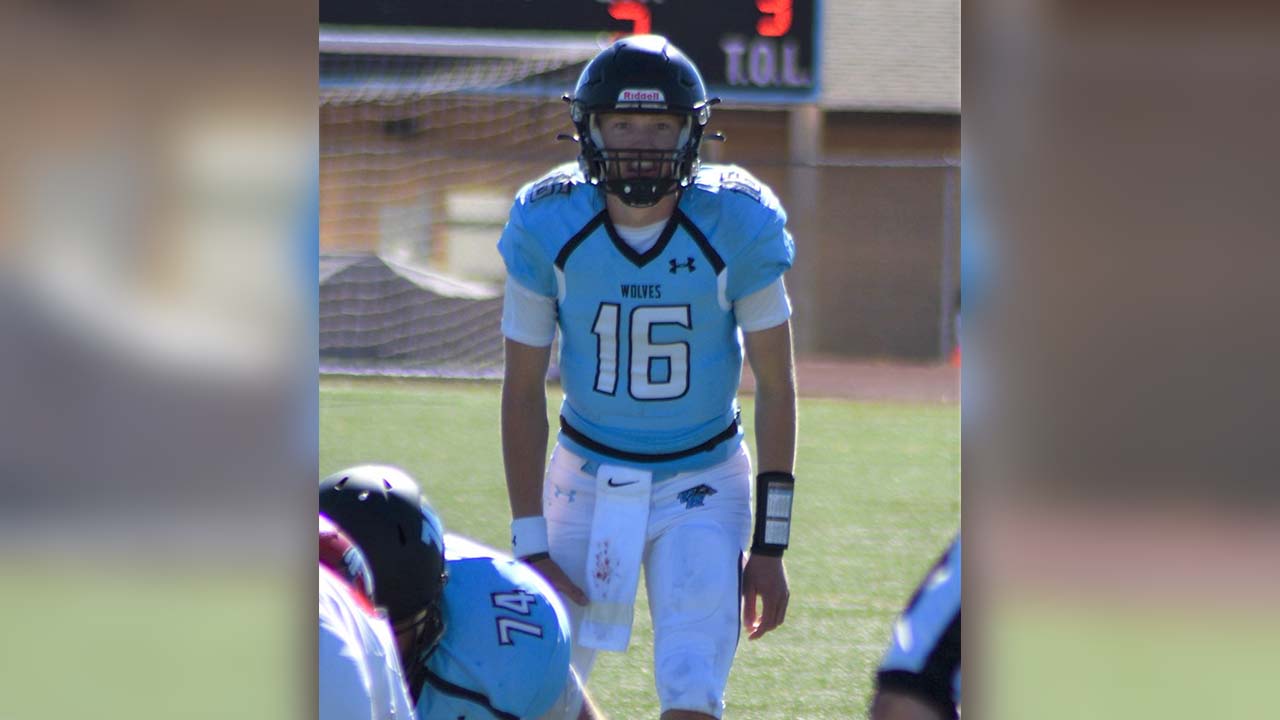 COLORADO SPRINGS, Colo. (BVM) — Brayden Dorman’s potential as a future Power 5 college football quarterback has been evident since he was a freshman when he earned the starting QB job for the Vista Ridge Wolves.

Iowa State was first to take notice of the smooth signal-caller who makes throws with precision all over the field. The Cyclones offered Dorman a scholarship after he had played only one season of high school football, but there was no doubt that there were going to be a lot more offers on the way for the talented 6-foot-5 field general — and they came after he threw for 1,829 yards (365.8 per game) and 24 touchdowns in only five games played for the Wolves during the COVID-shortened 2020 season.

Now nearing the end of his junior season, Dorman has a sizeable stack of offers from Power 5 programs all around the country, and the only question remaining is which school he’ll decide to choose.

“It’s great and it’s definitely a good feeling especially after you worked hard for this,” Dorman said of his recruiting process. “I’m just kind of taking my time with it all and really appreciate everybody who’s been with me along this process.”

Dorman, who’s rated as a four-star recruit and is ranked as the No. 11 QB in the country for the Class of 2023, has his list of college suitors narrowed down to six: Oregon State, Iowa State, Colorado, Arizona, Mississippi State, and Wisconsin. Among those six programs, Mississippi State was the most surprising offer for Dorman, who wasn’t really on the Bulldogs’ radar before he attended their camp this past June.

“I didn’t even have any conversations or any contact with any of the coaches and I just texted one of them like, ‘Hey, I’m going to be here,’ and they said, ‘Oh cool, we’ll see you there,’ and I had a pretty good camp showing then I just walk into Coach (Mike) Leach’s office and they offered me. I was pretty surprised by that.”

Perhaps the least surprising interest has come from the school that’s just an hour and a half up the highway from Dorman’s house. Being in Boulder gives Dorman a “home feeling” that no other school on his list can provide, and the relationship he has with the coaching staff also helps keep the Buffaloes in the running to land the in-state star. But Dorman is also interested in the idea of calling a less familiar place like Corvallis, Oregon home for four years. Oregon State is the only school on his list that he’s yet to visit, but that will change soon after Dorman’s high school season finishes this fall. Like the Cyclones and Buffaloes, the Beavers are a strong suitor because of the connection they’ve solidified with Dorman throughout the recruiting process.

“The biggest takeaway for me is really relationships,” Dorman said. “That’s why schools like Iowa State and Oregon State and CU who really take the time to build a relationship with me have been huge and why they’re in such a big lead ahead of everybody else is. They text me pretty much every day, every time I play a game. We always have FaceTime calls. Those little things add up to a lot and it really means a lot in this process.”

While considering his college future, Dorman is also focused on trying to lead Vista Ridge on a deep playoff run. The No. 11-seeded Wolves (7-3) are back in the postseason for the first time in five years and they earned a convincing 43-14 first-round victory over Skyline last week. Dorman has thrown for 2,506 yards and 27 TDs this season and will try to add a lot more to those numbers and hopefully lead the Wolves to victory in a tough second-round matchup with No. 6 Loveland (9-1) on Friday.

“This is definitely by far the best team our high school has had ever,” Dorman said. “This is our first playoff appearance in five years and we’re already in the second round. That’s something that hasn’t been done in quite a few years at Vista so it’s definitely a great feeling. We’re super junior and senior-heavy with a great class underneath in freshmen and sophomores and a great class coming in, and that’s only going to help us out even more for next year.”

By next season, Dorman will know where he’ll be playing college football. He plans to make his decision sometime in February, at which time one college will have separated itself from the rest based on two key factors: relationships and fishing.

“It’s really going to come down to who really wants me the most,” Dorman said. “The other thing is during college you’re going to be strictly playing football and (going to) school and you want to have at least a couple things to do outside of college. My big thing is fishing and so I really want to go to a school where there’s a good place to go fishing and get my mind off of things and those are really going to be the biggest factors.”