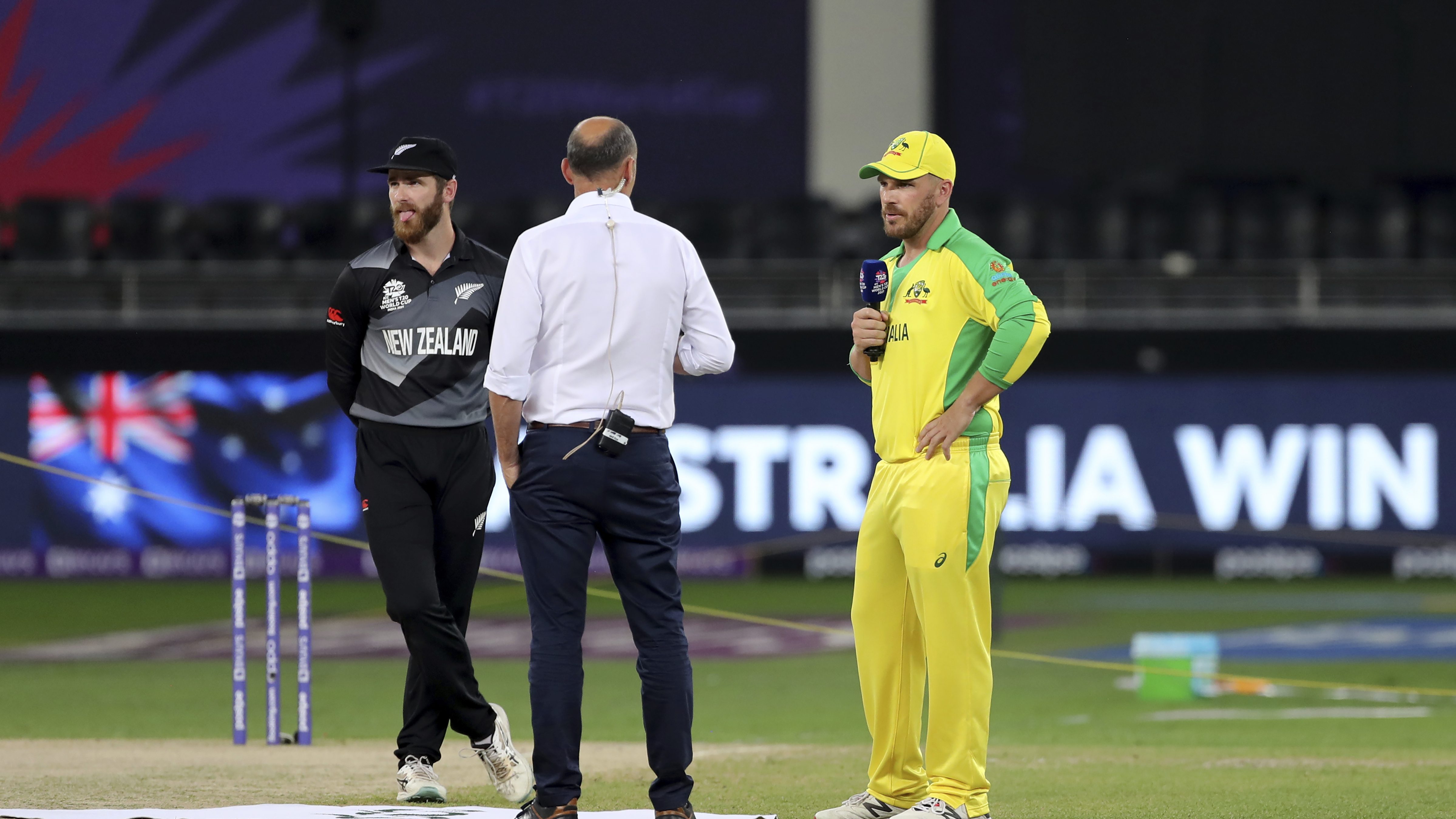 Odds heavily favor teams chasing at the Dubai International Cricket Stadium in the tournament with 11 out of 12 games won by the sides fielding first.

Australia retained the same playing XI that defeated Pakistan by five wickets at the same venue last Thursday when Matthew Wade smashed three successive sixes against Shaheen Afridi in the penultimate over.

Finch said the wicket looked “a bit drier” than the one on which Australia played against Pakistan and hoped by opting to field first “we have put ourselves in a good position” to win the first T20 title.

New Zealand had to make one forced change from the side that beat England — also by five wickets — with an over to spare at Abu Dhabi. Devon Conway was ruled out of the final due to a bizarre injury he picked up when he struck his right hand with his bat after getting dismissed against England. Tim Siefert replaced Conway and will also keep wicket in the final.

Williamson said he would have also fielded had he won the toss, but now wanted to “focus on the task at hand” by trying to put a competitive total on the board.

New Zealand has not won against Australia in a knockout stage of any tournament since 1981, including four knockout games at ICC events.