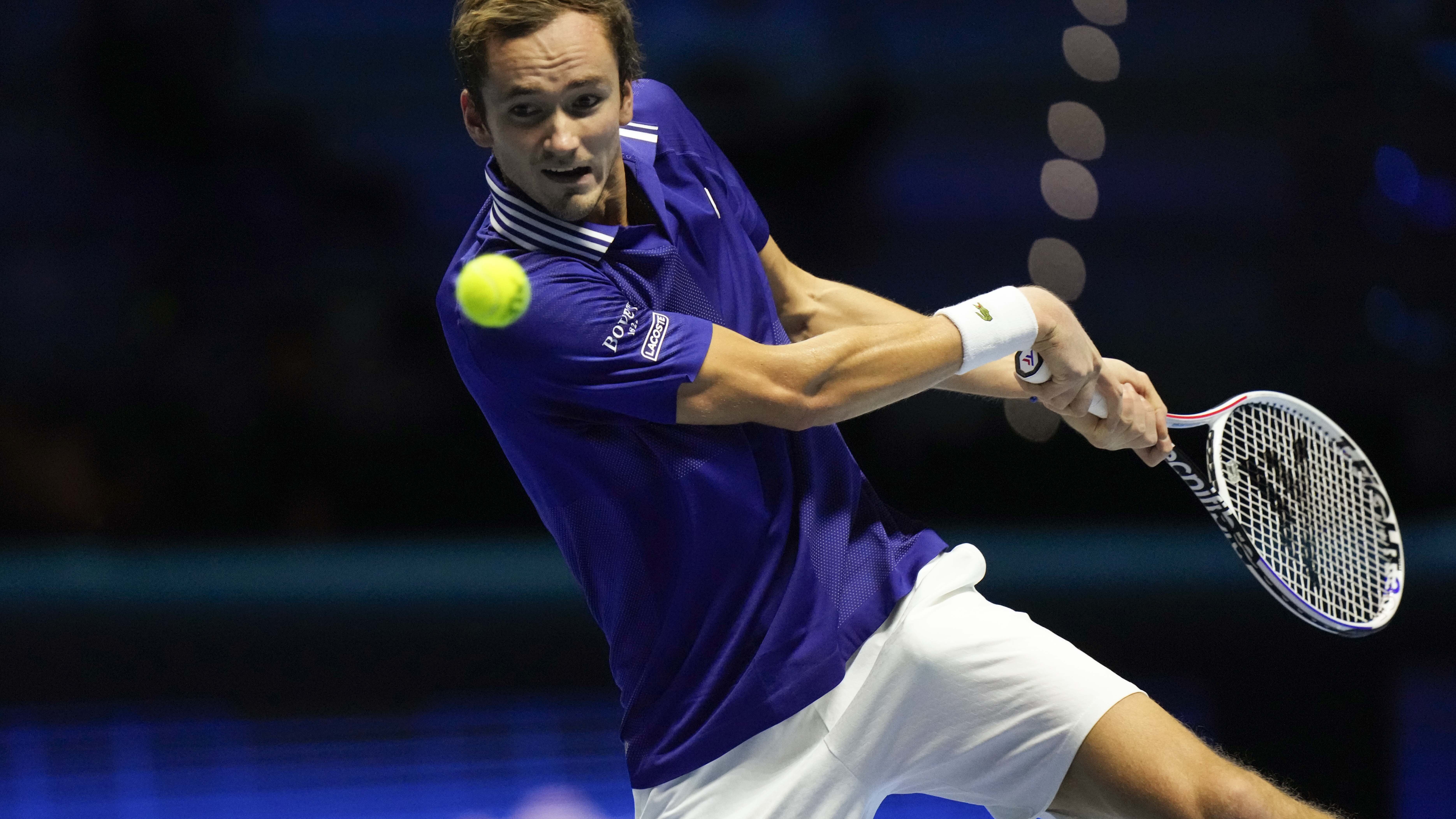 Medvedev, the defending champion at the year-end tournament for the top eight players, served 15 aces and didn’t face a single break point against the seventh-seeded Hurkacz, who beat him in five sets at Wimbledon this year.

The victory gave Medvedev an early advantage in the Red Group, which also features 2018 champion Alexander Zverev and local hope Matteo Berrettini of Italy, who play later in the first edition of the event in Turin — after 12 years in London.

With both players serving well inside the Pala Alpitour, neither Medvedev nor Hurkacz produced a break point in the first set, when Hurkacz’s strong net play proved the difference in the tiebreaker.

Medvedev responded with an early break in the second set then broke again in the first game of the third as he methodically wore Hurkacz down.