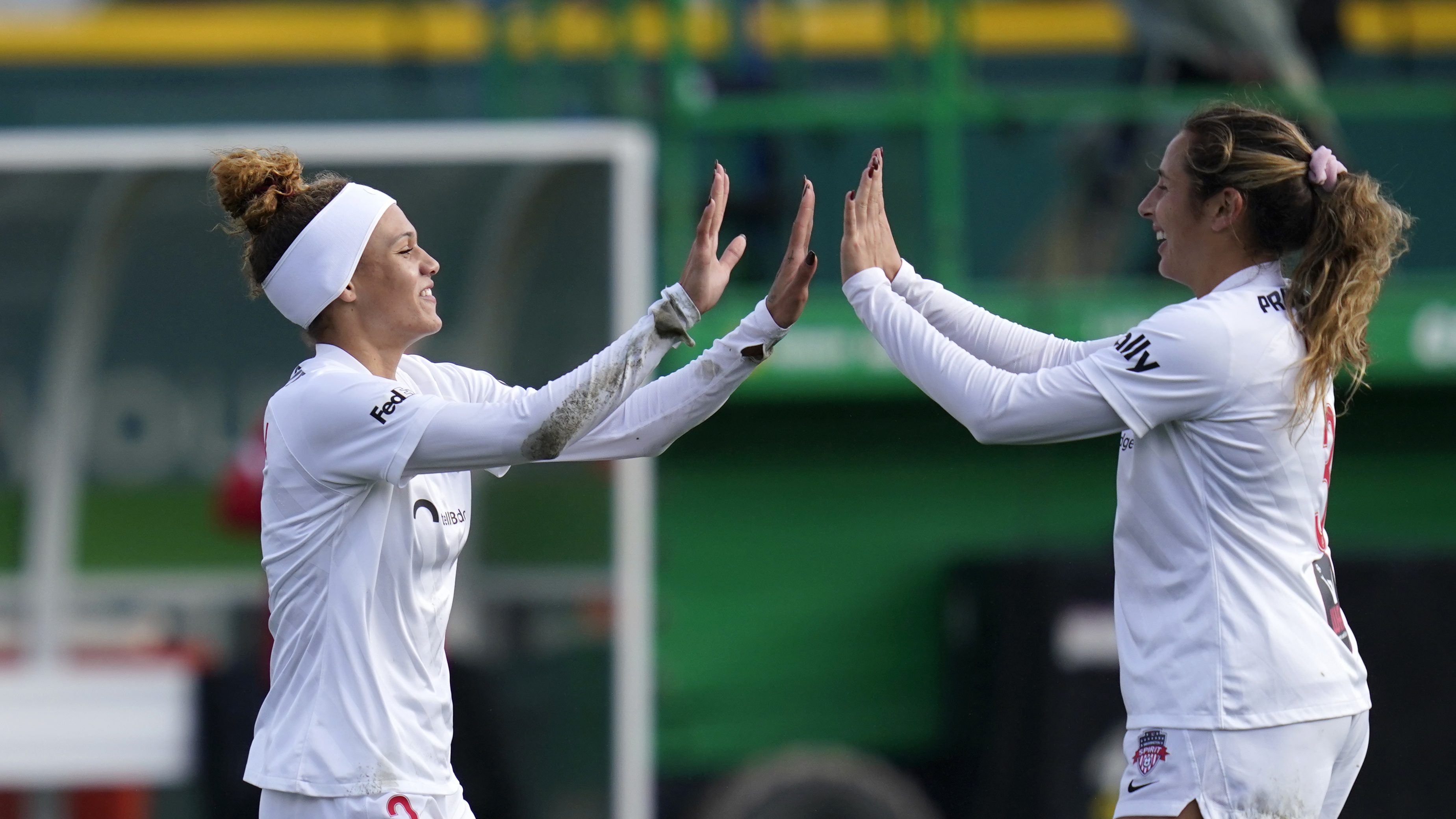 Washington Spirit's Trinity Rodman, left, is congratulated by teammate Sam Staab after scoring against the OL Reign in the first half in the semifinals of the NWSL soccer playoffs Sunday, Nov. 14, 2021, in Tacoma, Wash. (AP Photo/Elaine Thompson)

TACOMA, Wash. (AP) — Ashely Sanchez scored the game winner in the 68th minute and the Washington Spirit advanced to the National Women’s Soccer League championship game with a 2-1 victory over OL Reign on Sunday.

The Spirit, undefeated in their last eight straight matches, will face the winner of Sunday’s late game between the Chicago Red Stars and the Portland Thorns next Saturday in Louisville, Kentucky. It is the first time the Spirit have gone to the post season since 2016.

Eugenie Le Sommer gave the Reign the early lead with a goal in the third minute. The Spirit pulled even on Trinity’s Rodman’s goal in the 12th.

It was the seventh goal of the season for Rodman, a Rookie of the Year finalist and the daughter of former NBA star Dennis Rodman. At 19, she is the youngest player to score in the playoffs.

Sanchez gave the Spirit the lead with a goal from a seemingly impossible angle off a corner kick.

The result for the Spirit comes amid a turbulent season. The team’s coach, Richie Burke, was dismissed in September for violating the league’s anti-harassment policy. The Spirit also had to forfeit two regular-season games because of COVID-19 protocols.

The Spirit were 2-1-0 over the Reign in the regular season.