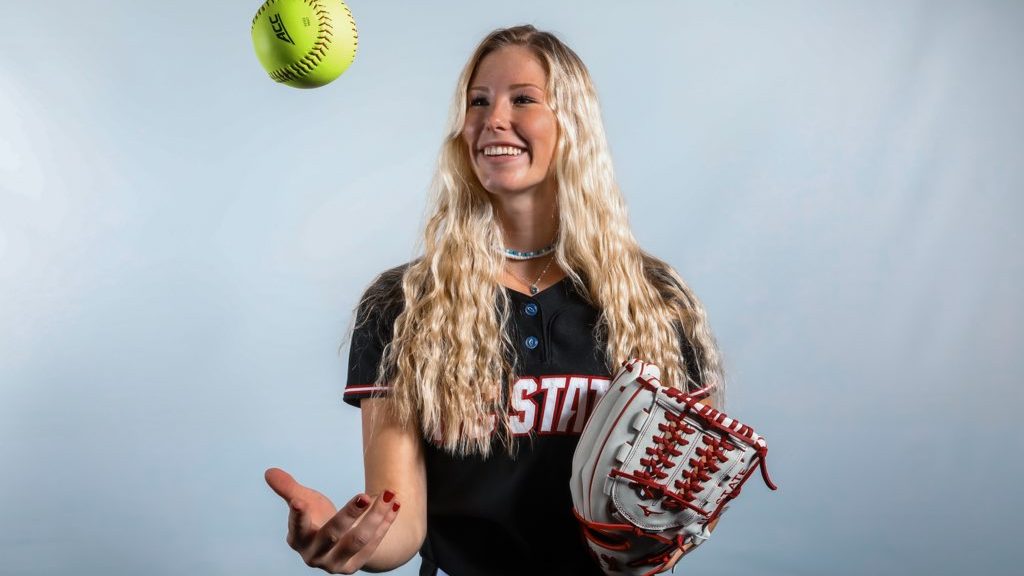 Nansemond-Suffolk Academy senior softball player Madison Inscoe made it official when she signed her National Letter of Intent to join the North Carolina State Wolfpack program during a signing ceremony on Nov. 10, bringing one of Virginia’s best players to Raleigh. (Courtesy: Madison Inscoe)

SUFFOLK, Va. (BVM) — As one of the top softball players in the state of Virginia, Nansemond-Suffolk Academy’s Madison Inscoe had a highly-anticipated decision where she would play at the next level. On Nov. 10, Inscoe officially put pen to paper during National Early Signing Day to sign to the North Carolina State Wolfpack.

“It’s a great feeling to know that I’m already signed and ready to go there,” Inscoe said. “I’m really excited about it.”

A few pictures from yesterday! Such an amazing day & I’m so glad I got to sign beside one of my best friends @MayaMcGowan2022 !! Thank you to everyone who has supported us❤️🖤 Go Pack!! pic.twitter.com/NsSf7gAl2g

Initially verbally committed to Auburn, Inscoe had a change of heart as her recruitment ramped up. Realizing for the first time how far the Alabama campus would be from family and friends, Inscoe decided to decommit and reopen her commitment with a focus on schools closer to home. Among these was NC State where, after a visit and camp, the pitcher was hooked.

“I went on a couple of visits and realized NC State was definitely the place I wanted to be,” Inscoe said. “I went on a visit and a camp the same weekend and I loved everything about the coaching staff. I loved the pitching coach and working with her and I really realized everything kind of fell into place at NC State.”

Inscoe’s commitment is part of a strong recruiting class for North Carolina State as the team’s eight-player class ranks fourth in the country thanks to six Extra Elite 100 signees, according to a team press release. The senior pitcher is one of those six as she is ranked as the No. 14 pitcher by Extra Inning Softball after she was named to the organization’s 2021 All-American first team following this past season. This recognition was well earned for Inscoe as she helped make the NSA Saints one of the top teams in the entire state of Virginia.

“It’s great to know I’m surrounded by a lot of other amazing athletes and I’m excited to get after it with them,” Inscoe said. “I actually know a lot of the girls and have played with them before so it’s a really good feeling.”

As a junior, Inscoe established herself as one of the key players on a Saints team that finished the season with an 18-0 record and a Virginia Independent Schools Athletic Association Division II state championship. Inscoe contributed both on the bump and from the batter’s box throughout the campaign as she finished the year 6-0 with 89 strikeouts in just under 45 innings. In addition to her strong pitching, which she is best known for, Inscoe was also strong at the plate as she hit .610 with seven home runs, nine extra-base hits, 20 RBIs and 18 runs in 15 games, as she missed three due to injury.

“She can literally play any position on that field, with the exception of maybe catcher, but anywhere else she is going to dominate,” NSA head coach Brittany Thornburg said of her star senior. “Yes, she is by nature a pitcher and that’s what she was recruited for, but she is also a force to be reckoned with at the plate. She has a great eye for the ball and absolutely loves to hit so I think NC State is definitely going to get more than a pitcher when she gets down there.”

“It’s very humbling and very exciting to know that all the hard work I put in over the years is paying off,” Inscoe said.

Her final victory sealed the state title for the Saints as the standout only allowed four hits with 18 strikeouts while also going 2-for-2 with two RBIs and a run scored in the team’s 6-1 victory over St. Margaret’s of Tappahannock. This was the second state title in three seasons for Inscoe as she was also the starting pitcher for the Saints in the 2019 state title game where she helped NSA defeat Greenbrier Christian for the school’s first softball state championship in 26 years.

“Coming out to the first practice, we would’ve never thought we’d be winning state,” Inscoe said with a laugh. “We were really able to come together and bond and take that year and make up for the year we lost and we definitely did that.”

The cancellation of the 2020 season due to COVID-19 is the main reason Inscoe and the Saints do not have three straight state titles.

“She said on day one her goal was to play every game like it was her last and just leave it all on the field. Without a doubt she can say she achieved that goal,” Thornburg said. “She just loves the game of softball and loves to be around her teammates. If you look at the championship game I mean her stats speak for themselves she left it all on that field.”

With the addition of Inscoe and the rest of the Class of 2022, the NC State Wolfpack is looking to bounce back from a down season. In 2021, the Wolfpack finished with a 26-25 record including going 15-22 against Atlantic Coastal Conference opponents and a disappointing 3-12 on the road. The record was the worst for NC State since 2018 when they went 23-31.

“I’m not just someone who’s going to pitch the ball and do nothing else. I will do whatever they want me to,” Inscoe said. “I’ll play any position they want me to. I’ll hit the ball. I’ll get on base. I’ll fight for this team. … I’m just so excited to get these last four years of playing softball at NC State and I really think I will help bring that energy to the team and hopefully help them win some championships.”

Inscoe’s arrival is highly anticipated as the three-time all-state, all-conference and all-region first team selection will add a dangerous weapon to the Wolfpack’s pitching rotation. Add in the fact that she will be joined by a number of other nationally ranked recruits in the Class of 2022 and Inscoe could bring similar success she had at NSA with her to NC State.

“The energy she brings to the game is unlike any other kid I’ve coached before,” Thornburg said. “Obviously, the stats will speak for themselves, you’ll see her natural talent and ability. But I think more than anything, you’ll see the energy that she brings day in and day out.”

While there is plenty of excitement surrounding her arrival in Raleigh, North Carolina, Inscoe still has unfinished business in Virginia. With the goal of winning state during all three of the years she was actually allowed to play, Inscoe wants to leave a legacy at Nansemond-Suffolk Academy that won’t soon be forgotten. As she looks to take another step forward as a senior, expect big things once again from Inscoe and her NSA Saints softball team this spring.

“I just really want to enjoy my last moments playing for NSA and in a Saints jersey,” Inscoe said. “I’m not really looking to be another player of the year. I’m not looking for any titles. I just really want to play the best I can and make sure I’m enjoying every moment and I feel like whatever will come with that will come. I will give my 100% every single day and really just play my heart out every single game as I have been, especially this year. I want to leave it all out on the field.”