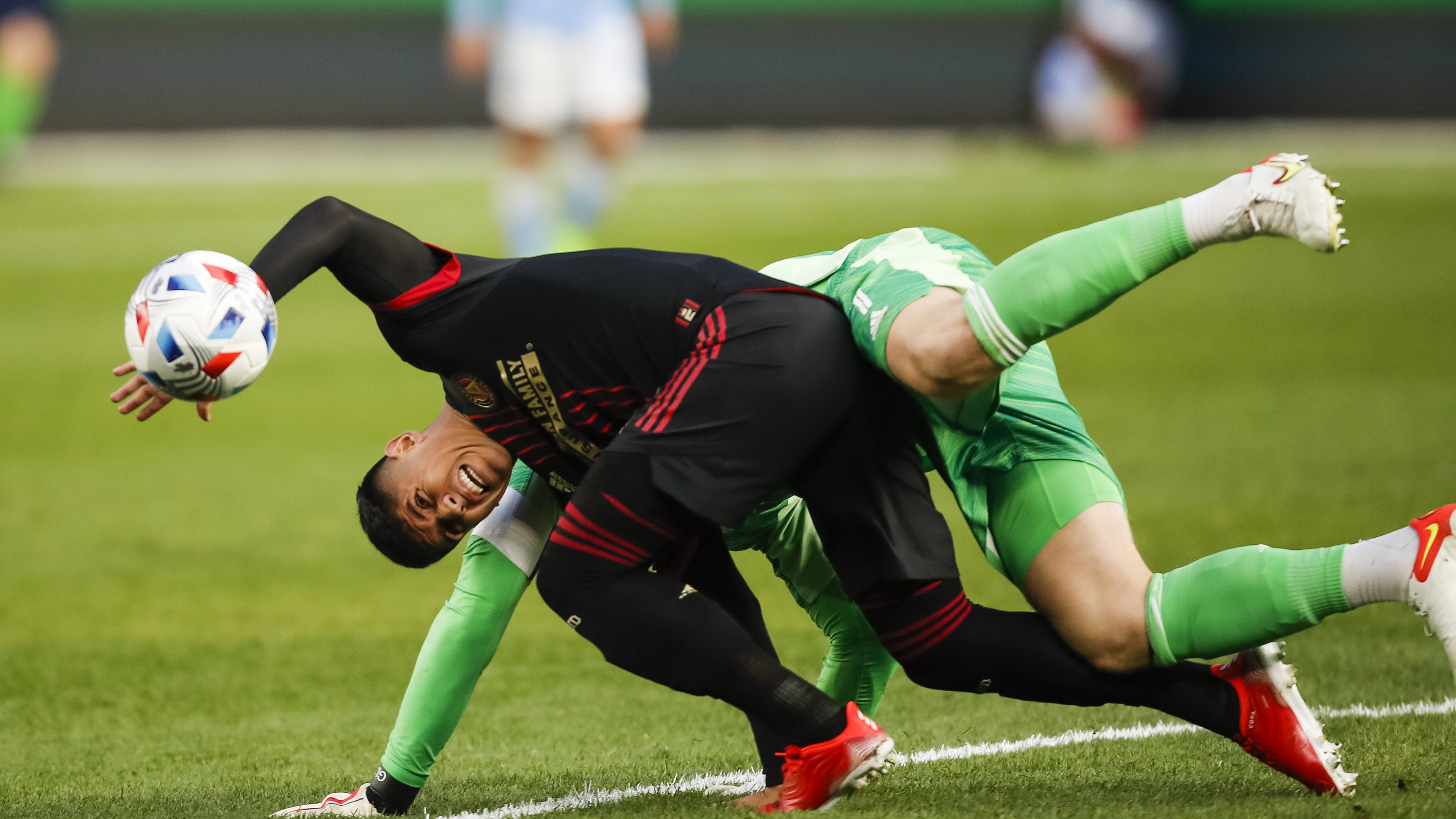 NEW YORK (AP) — Golden Boot winner Valentín Castellanos and Alexander Callens scored less than four minutes apart early in the second half and New York City FC beat Atlanta United 2-0 on Sunday in the first round of the MLS playoffs.

Castellanos, who had 19 goals during the regular season, was left alone on the back of the defense as NYCFC had a set piece start at the end line. Maximiliano Moralez centered the ball and Castellanos got his foot on it and put a high bouncer into the goal in the 49th minute.

Minutes later, NYCFC put a ball on frame off a corner but Atlanta goalkeeper Bradley Guzman got a hand on it, deflecting it off the crossbar. Callens was alone to head the ball into the open net.

Sean Johnson, who had nine shutouts in the regular season, made four saves for his second career playoff shutout.