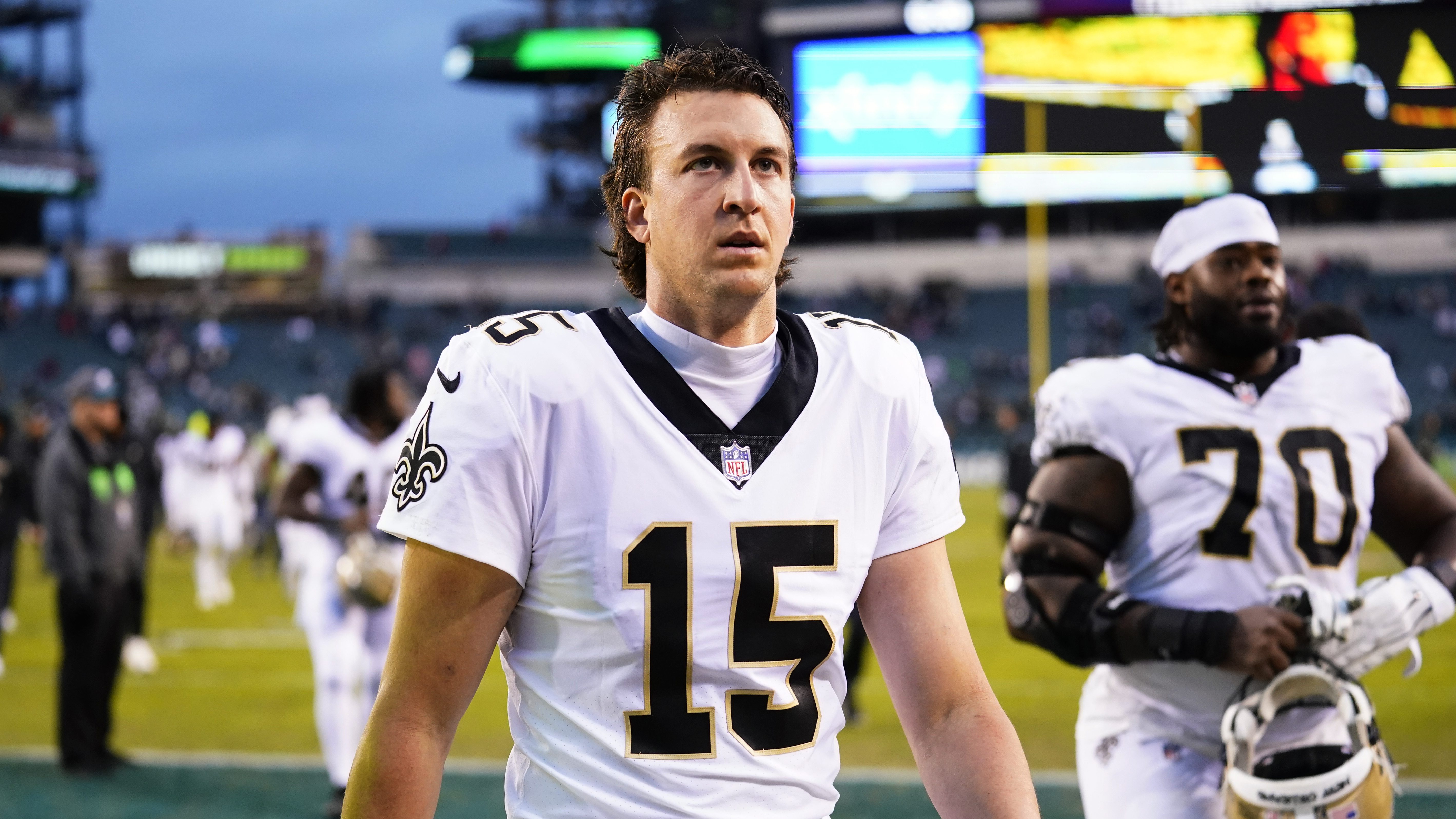 PHILADELPHIA (AP) — The New Orleans Saints made too many mistakes and couldn’t do well what they usually do best.

An undermanned offense missing several key starters committed three turnovers and the league’s top-ranked run defense gave up 242 yards on the ground in a 40-29 loss to the Philadelphia Eagles on Sunday.

The Saints (5-5) have lost three in a row for the first time since the start of the 2016 season and only have three days off before they play again Thanksgiving night against Buffalo (6-4).

“I don’t want to talk about the injuries but there were a lot of things that we did that weren’t injury-related,” Saints coach Sean Payton said.

Siemian threw two picks that led to 14 points. His first one gave Philadelphia the ball at the 39. Jalen Hurts later scored on a sneak. In the final minute of the first half, Darius Slay stepped in front of Siemian’s pass intended for Deonte Harris and returned it 51 yards for a 27-7 halftime lead.

“There’s no reason to put the ball in jeopardy in that situation,” Siemian said. “I gotta make a better decision.”

“Obviously we didn’t do the things necessary to win in our league – pretty much in every phase,” Payton said. “Turnovers, those were significant. I thought we struggled defending their running game, obviously. And I thought our return game – we thought we would have an edge there – I thought that was just average. All of us got to do a better job. It’s going to be a short week and we’re going to have to quickly refocus.”

Down 33-7 in the fourth quarter, the Saints finally got going. They scored 15 straight points to pull within 33-22 with plenty of time left. But the Eagles iced it on Hurts’ 24-yard TD run.

The Saints entered the game allowing just 72.9 yards rushing per game, but they couldn’t stop Philadelphia.

“It’s a patient attack,” Payton said. “They stuck with it and ultimately we didn’t do a good enough job.”

Despite allowing 40 points, the Saints had a couple bright spots on defense. Marcus Davenport had 1 1/2 sacks and four QB hits, and safety Marcus Williams broke up a pair of passes that could’ve been TDs.

“We face adversity all the time,” Williams said. “It’s about the next game coming up. We’re gonna prepare, get our bodies right and do what we have to do to get a win. It’s on to next week.”