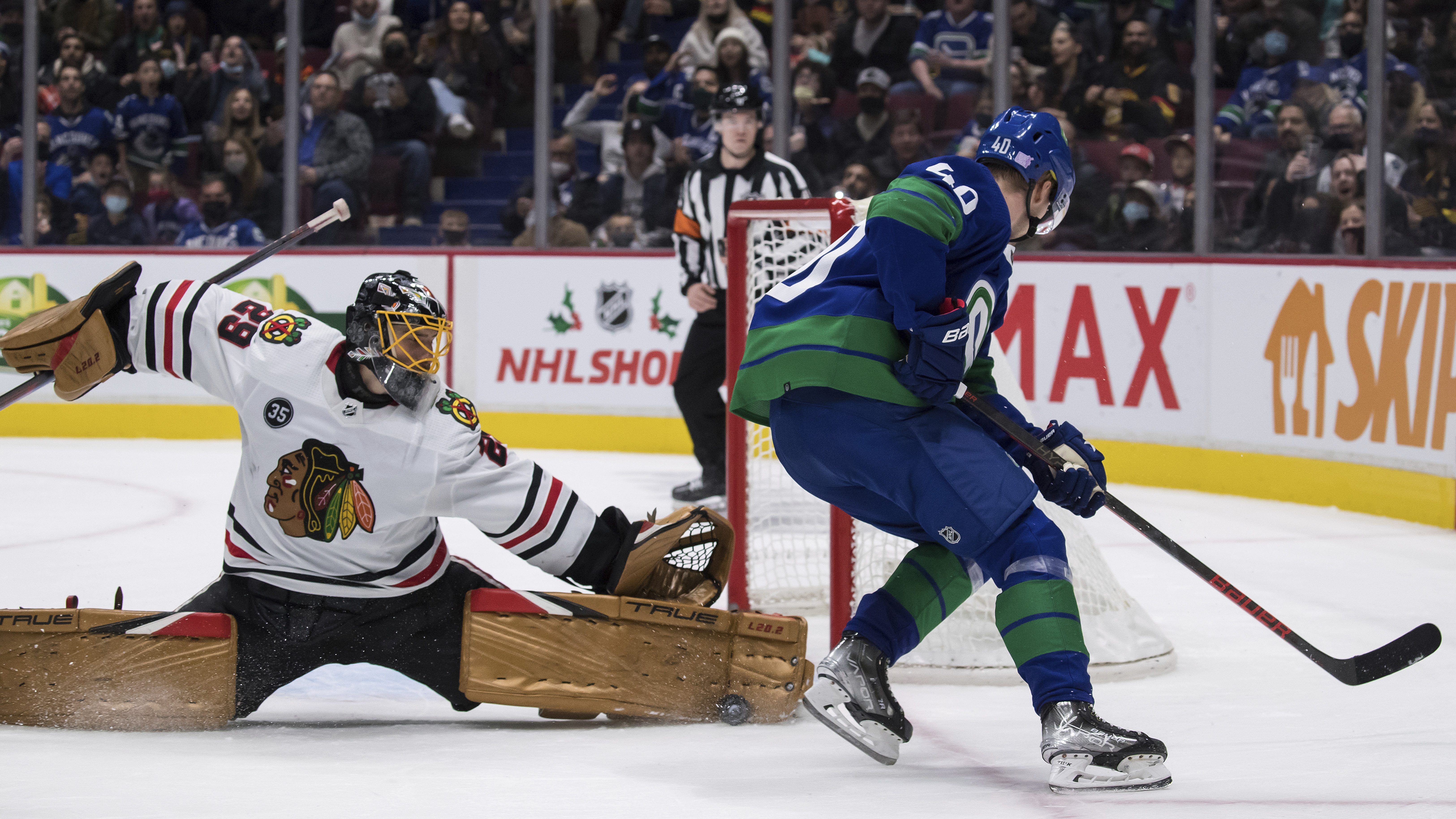 VANCOUVER, British Columbia (AP) — Marc-Andre Fleury stopped 40 shots in his first shutout of the season and the Chicago Blackhawks blanked the Vancouver Canucks 1-0 on Sunday night.

Brandon Hagel scored the game’s lone goal with a third-period tip-in, while Fleury earned his 68th career shutout — first with Chicago — and improved his recent record against Vancouver to 13-0-2.

“It was a close game all night and playing on road, the guys play last night so it’s not easy for them to keep pushing, to have that energy to compete for 60 minutes the way we can, the way we want to,” Fleury said. “They hung in there, they skate hard, they help me out around the net with rebounds and stuff and blocked some shots. It’s very satisfying to get to that win here.”

Thatcher Demko stopped 23 of 24 shots for the Canucks, who controlled play through much of the first two periods but stuttered in the third, giving up an early goal and struggling to generate offense.

Vancouver coach Travis Green said he was frustrated with the result but not disappointed in how his group played.

The Canucks got a late chance after Chicago’s Jake McCabe was called for interference on Tanner Pearson with just over two minutes left on the clock.

Vancouver peppered Fleury of shots and poured on the pressure with just 90 seconds to go, pulling Demko in favor of an extra attacker, but Fleury made six saves to kill off the penalty. The Canucks were 0 for 3 on the man advantage Sunday.

Chicago was “selling out” to kill off the penalty, forward J.T. Miller said. “They were getting up for the blocks. That’s a big part of penalty killing. There’s not a whole lot to change, really. Just bear down on our chances, a little more ‘oomph’ behind the puck when we get it in the scoring area.”

Hagel finally broke the scoreless deadlock 4:12 into the third, tipping in a long shot from Erik Gustafsson for his fifth goal of the season.

Several Canucks rang shots off the post, leading Fleury to joke “I’ll buy them dinner, or maybe fresh paint maybe, just treat them a bit. They were good to me. I think they had like four or five posts all night.”

Vancouver dominated play through much of the first two periods, outshooting the visitors 30-13. It also killed off three penalties — rare, considering the Canucks came into the game with the NHL’s worst penalty kill at 60.3%.

NOTES: It was the second time the two sides met this season after Vancouver took a 4-1 decision in Chicago on Oct. 21. … Blackhawks defenseman Seth Jones saw his eight-game point streak come to an end. He had two goals and six assists across the stretch. … The Canucks haven’t won consecutive games since Oct. 23.

Blackhawks: At Calgary on Tuesday.

Canucks: At Pittsburgh on Wednesday to start a four-game trip.