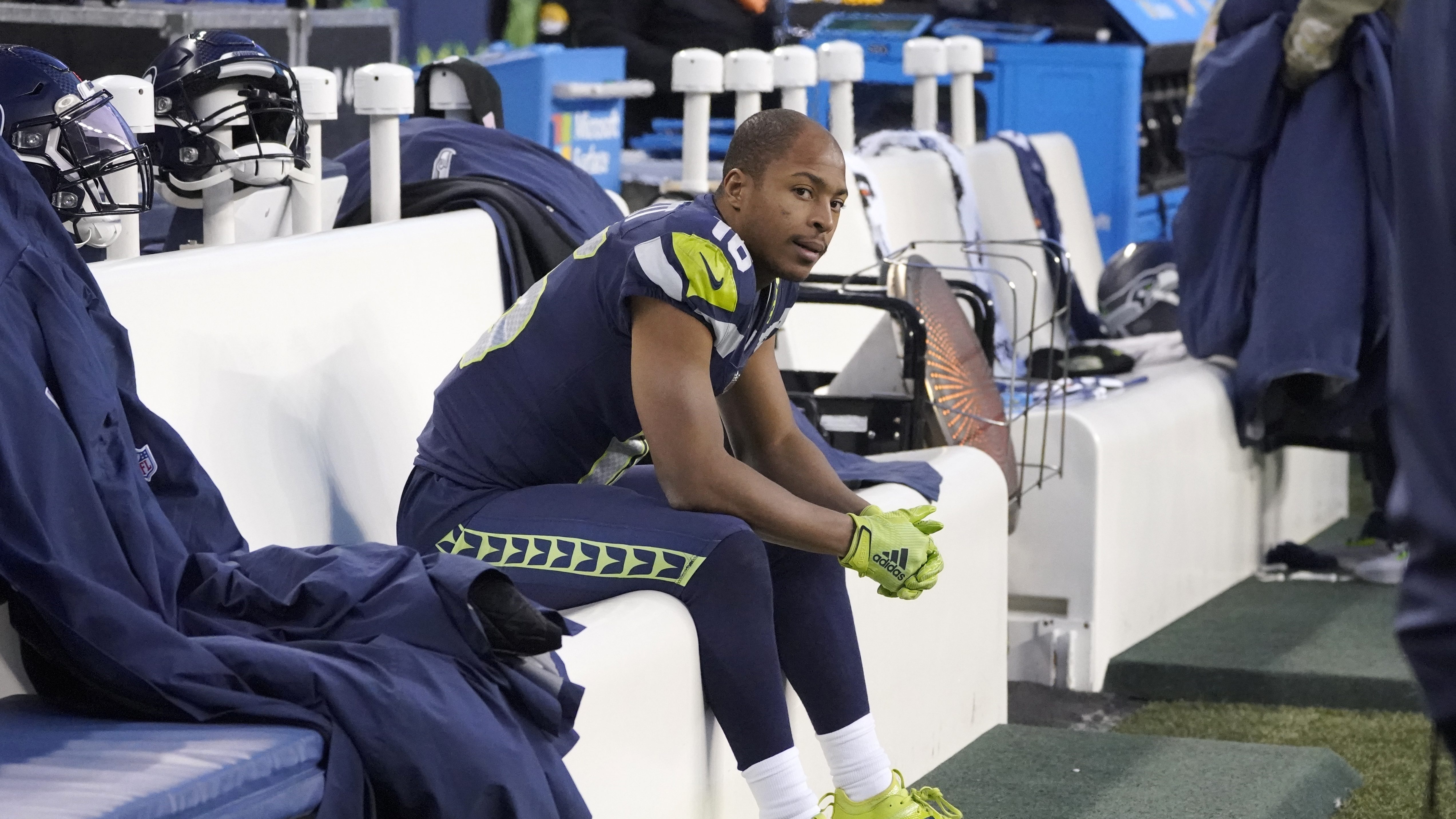 Seattle Seahawks' Tyler Lockett sits on the bench late in the second half of an NFL football game against the Arizona Cardinals, Sunday, Nov. 21, 2021, in Seattle. (AP Photo/Ted S. Warren)

SEATTLE (AP) — Pete Carroll is willing to give an answer — usually with many words and thoughts — to nearly every question.

On Sunday, Carroll had no answers and for a time was finished with the questions.

“It’s not a different story. It’s the same story this whole season and we’ve got to see if we can turn this thing. I’m really done,” Carroll said, abruptly ending his postgame comments after Seattle’s 23-13 loss to Arizona.

It was a rare outburst of frustration from Carroll during his long tenure with the Seahawks. But it’s also unusual that Seattle has been this bad with Carroll in charge.

Seattle is 3-7, its playoff hopes seemingly gone with the loss to the Cardinals. His team is abysmal on offense, can’t get stops consistently on defense and has massive personnel issues looming.

“I’m not any good at this,” Carroll said about handling losing.

Seattle was already playing with a thin margin for error, but between injuries and poor performances the season has spiraled downward. A team that’s been in the playoffs in nine of the previous 11 seasons is near the bottom of the league.

The Seahawks said all the right things following the loss about how they can turn things around and still have something to play for. And while that’s true — an NFC team could make the playoffs with a 9-8 record — Seattle would have to raise its level of play significantly and sustain it for the rest of the season.

“This is not what Seattle is used to,” safety Jamal Adams said. “But at the end of the day, we got to go out there and we got to switch it around. We’re in a storm right now and it’s going to take all of us to get out.”

The loss to Arizona encapsulated all of Seattle’s issues. Russell Wilson was average at best. Seattle’s defense let Colt McCoy move up and down the field with ease and allowed Arizona to control possession. James Conner put the game away with a short TD run late in the fourth quarter, but Seattle had a chance mostly because of two missed field goals by Arizona’s Matt Prater.

For a game deemed a must-win by the Seahawks, the performance was as disappointing as any in recent memory. With seven games left, Seattle has already equaled its most losses in any season with Wilson and is likely to miss the playoffs for just the third time since Carroll arrived in 2010.

When Carroll returned to take more questions, he acknowledged being as frustrated as he’s ever been in his time with Seattle.

“I’m struggling to do a good job of coaching when you when you’re getting your butt kicked in week in and week out. It’s just new territory,” Carroll said. “So I’m competing in every way I can think of, but I’m just unfamiliar with it.”

In his second game back following finger surgery, Wilson was indecisive and confused at times, and his receivers dropped a handful of passes. There were also questionable play calls when the likes of Penny Hart and DeeJay Dallas were targeted on third down.

The Seahawks’ streak of offensive drives without a touchdown dating to Oct. 31 against Jacksonville finally ended when Dallas scored on a 2-yard run midway through the fourth quarter. Seattle had failed to score a TD on its previous 20 offensive possessions, and after stressing the run game all week, Dallas’ TD run was one of seven rushing attempts in the second half by the Seahawks.

But the defensive effort was more troubling. Arizona had touchdown drives of 92, 82 and 67 yards. The Cardinals held the ball more than 40 minutes. The journeyman McCoy posted the third 300-yard passing game of his career.

“As much talent as we have on this roster, it’s kind of it’s disappointing,” Seattle linebacker Jordyn Brooks said. “Just like everybody else, gotta keep. And I still think there’s hope. I’m still optimistic.”