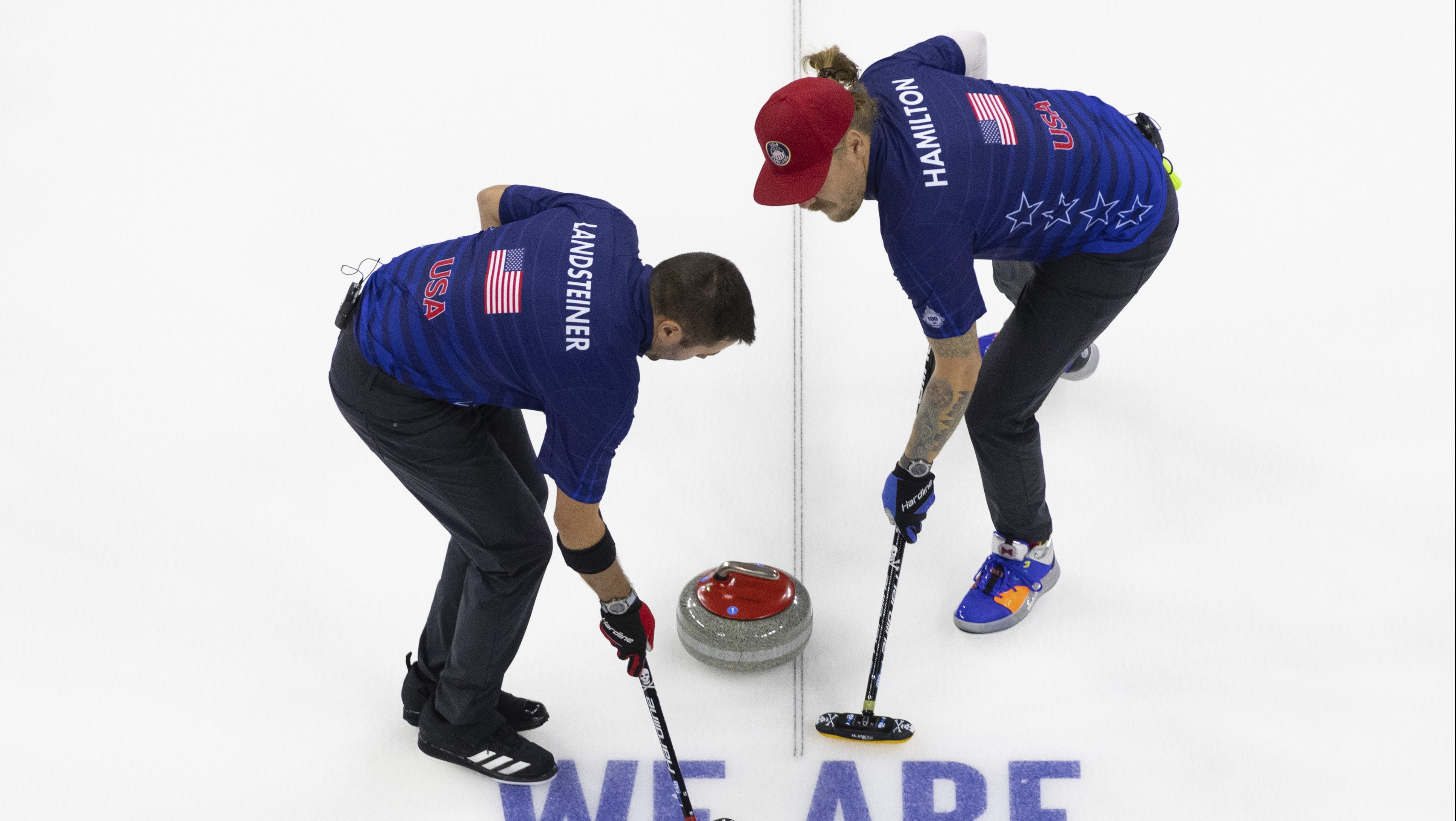 OMAHA, Neb. (AP) — Defending Olympic curling champion John Shuster is going back to the Winter Games for a fifth time.

The 2018 gold medalist skipped his team to victory over Team Dropkin at the U.S. trials on Sunday night, winning 5-4 to take the best-of-three finals two games to one and earn a spot in Beijing.

John Landsteiner and Matt Hamilton will also return to the Olympics after winning it all in Pyeongchang. Chris Plys joined the foursome to replace Tyler George, who retired.

The Americans had never earned an Olympic curling medal until 2006, when Shuster was the lead on Pete Fenson’s bronze-winning team. Shuster left that foursome and skipped his own team to the Olympics in 2010 and 2014 but twice failed to get out of pool play.

The Americans seemed headed for another disappointing finish in Pyeongchang, opening with a 2-4 record before winning five straight elimination matches to take the gold.

Team Shuster posted a 9-1 record in pool play at the trials this year but lost the finals opener 8-4 to the team of Korey Dropkin, Joe Polo, Mark Fenner and Tom Howell. Again on the brink of elimination, Shuster won 7-3 on Saturday night to force Sunday’s decisive game.