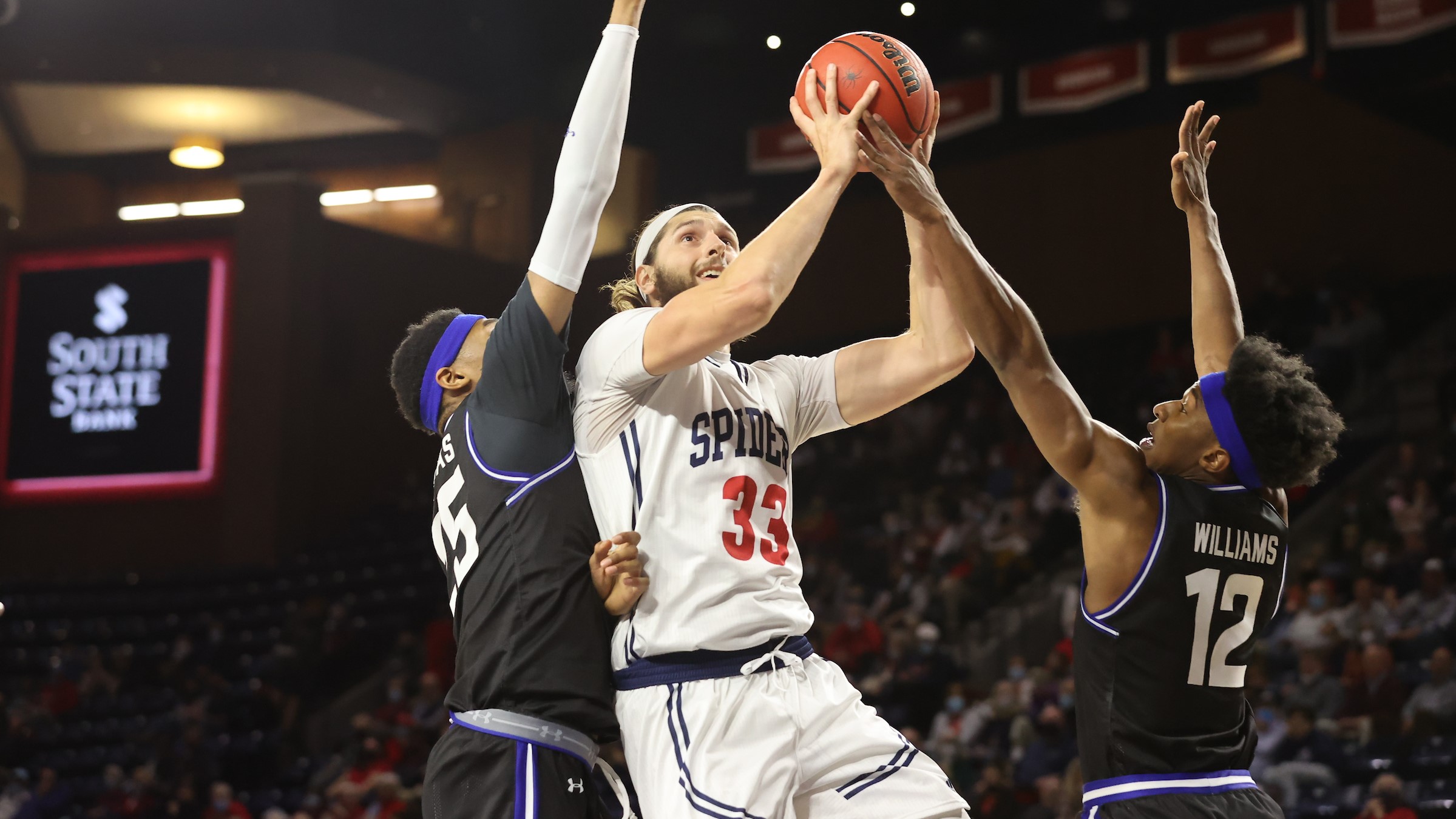 RICHMOND, Va. — Grant Golden has decided to return to the University of Richmond to play basketball for the Spiders, as he was granted an extra year of eligibility due to the COVID-19 pandemic-shortened season last year.

Golden has been a part of the Richmond Spiders basketball program since 2016 and this season he looks to be the leader and heart of the team. In three games so far for this year, Golden has averaged over 19 points per game for the Spiders. His previous career high for a season was 17.2 points per game all the way back in the 2019 season. The big forward also has a chance to break the school’s all-time points record, as he began the season sixth on the scoring list but is just under 600 points behind the current leader.

This season marks the 50th anniversary that the Robins Center has been the home for the Richmond Spiders, and they intend to hold that home court advantage all year behind Golden. The Spiders start off the season with one of their toughest schedules to open the year in quite some time in nonconference play. All of the players, including Golden, are ready for the challenge, especially if that means getting higher quality wins for a chance to make the NCAA Tournament come March.

Golden commented on the challenging schedule they will face.

“They certainly put a great schedule together for us,” he said. “Every game is going to be super-challenging, not only in conference but especially out of conference. We have a lot of good road games this year.”

A big goal for Golden and the Spiders is to make it to the NCAA Tournament, as they have not done so while Golden has been there. Last season, they managed to be ranked as high as the No. 19 team in the country but haven’t made the NCAA Tournament since 2011 when they made their second consecutive appearance.

Golden made the preseason first-team All Atlantic 10 roster which was his fourth time being a preseason honoree in the conference. The combination that is going to have to continue to work for the Spiders to win the Atlantic 10 and go to the NCAA Tournament is that of Golden and teammate Jacob Gilyard, who are both 1,000-point scorers for Richmond. They have developed great chemistry over the years for Richmond and they are confident in their abilities to score on the court.

“It’s to the point now where, if I’m trailing the play and we get into that trail where he goes backdoor when I dribble at him, I’m pretty confident at this point in my career that that’s two points,” Golden said about himself and Gilyard running the half-court offense.

The Richmond Spiders were picked to finish second in the Atlantic 10 behind St. Bonaventure who was the winner last season and the overwhelming favorites this year. Golden is the motivational leader of the team but also the leader in terms of scoring the basketball and the Spiders will only go as far as he can take them this season.