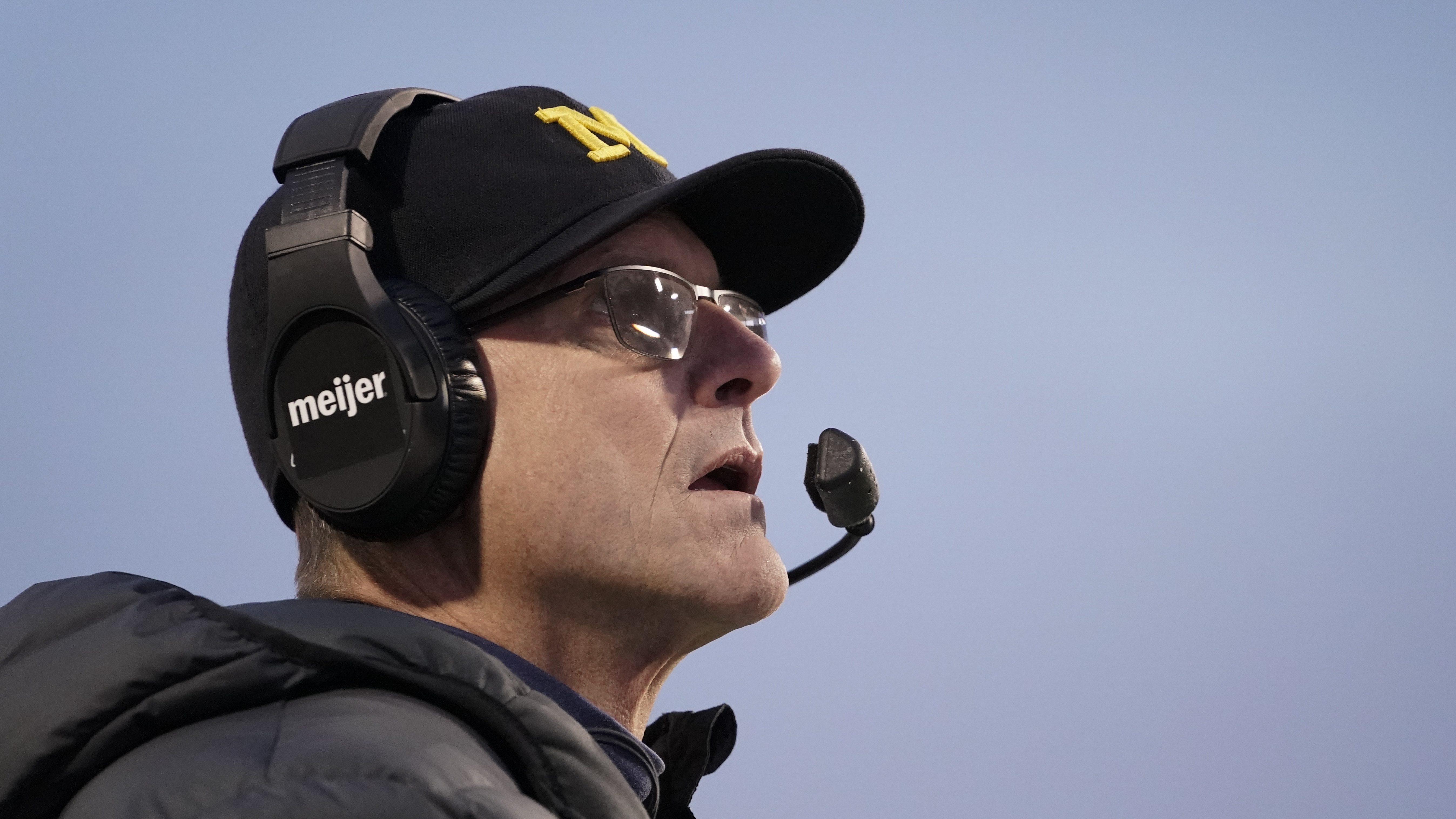 ANN ARBOR, Mich. (AP) — Jim Harbaugh shook up his coaching staff and whipped himself into shape as if he was still playing quarterback after his opportunity to coach at his alma mater was extended last winter by at least another season.

Michigan athletic director Warde Manuel, a former teammate of Harbaugh’s under the late Bo Schembechler, signed Harbaugh to a new deal that slashed his guaranteed pay with what is essentially a year-to-year contract in a move that fell somewhere between extending and firing him.

Harbaugh responded shortly thereafter by bringing in new defensive coordinator Mike Maconald to replace Don Brown. He recruiting a pair of young and dynamic former Wolverines, Mike Hart and Ron Bellamy, to join the new-look coaching staff. He even changed the name of team’s 9-on-7 drill to Beat Ohio at the start of spring drills, trying to toughen up his players while sharpening their focus on the rival Buckeyes.

So far, it has seemed to work because the Wolverines (10-1, 7-1 Big Ten) are ranked sixth in the AP Top 25 and the College Football Playoff rankings. Ohio State is No. 2 in the AP poll and fourth in the CFP.

Harbaugh, perhaps more than anyone, desperately hopes the many changes he made helps Michigan finally beat Ohio State on Saturday at the Big House. He seems to have a chance to win in the rivalry for the first time as a coach, but the Buckeyes (10-1, 8-0) are favored to win by more tha a touchdown, according to FanDuel Sportsbook.

The spread is relatively respectable in a suddenly lopsided series that has seen Ohio State win a school-record eight straight games and 15 of 16. Keeping it close won’t cut it for Harbaugh, whose tenure as a coach at Michigan has been long on hype and short on significant wins.

“Both teams have a lot on the line,” Harbaugh said Monday. “It’s a true playoff in that sense. In the College Football Playoff world, this is the start of the playoffs.

“The team that wins will advance. The team that doesn’t won’t. It is that, and it’s also the big game, The Game, the rivalry.”

The victors will win the Big Ten East Division, earning a spot in the conference’s championship game and a solid shot at making the College Football Playoff.

Even if the Buckeyes win by multiple touchdowns, Harbaugh will most likely keep his job. Another setback, though, would haunt him for many months and lead to more doubts that he can ever restore college football’s winningest program to championship contender in today’s game.

Last summer at Big Ten media days, he set his public sights on winning the conference championship — the school’s first since 2004 — and beating rivals Ohio State and Michigan State.

“We’re going to do it or die trying,” Harbaugh said in July.

Despite a 37-33 loss to the then-No. 8 Spartans last month that dropped Harbaugh to 3-4 in the in-state rivalry, the Wolverines are a win away from advancing to the Big Ten championship game for the first time. Harbaugh briefly reflected on his do-or-die comments.

The Game did not happen last season for the first time in 102 years, a casualty of a COVID-19 outbreak within Michigan’s program that ended its season prematurely with an embarrassing 2-4 record.

Some snickered that the Wolverines were thrilled to be spared a trip to Ohio State because coach Ryan Day reportedly told his players they were “going to hang 100 on them” at the Horseshoe.

That bothered Michigan coaches and players, all of whom insisted they wanted to play the Buckeyes last year — and every season.

And while Harbaugh has his share of detractors, his players seem to have his back.

“We have a coach who is willing to do anything for us,” wide receiver Mike Sainristil said. “He will go to the ends of this earth to make sure that we’re all in the right position. He’ll put it all on the line for us and, you know, coach Harbaugh is a guy you really want to play for. He’s a great coach, great human and he’s shown that all year long.

“I wouldn’t want to take this field with any other coach other than him on Saturday.”