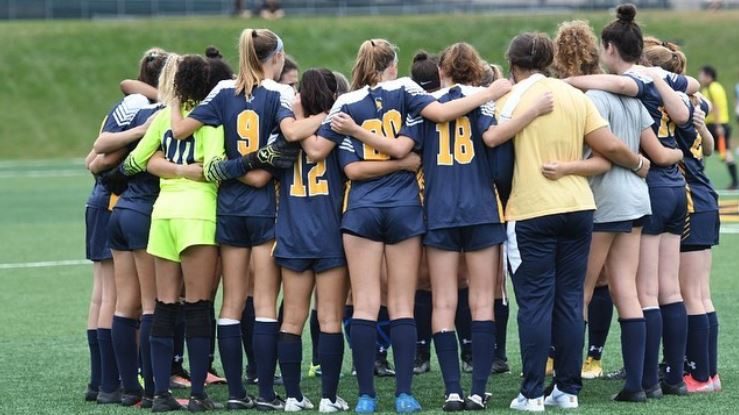 OTTAWA, Ontario — Freshman year of college is always a big turning point in the life of every teenager. A distinct environment with new people and new goals to be accomplished can be a big challenge for students. Student-athletes not only have to face challenges inside the classroom, but they also have to prove their value inside their team to get the chance to represent their university.

This fall, Mya Van Haaster, Carleton University women’s soccer team midfielder, started a new chapter in her life and represented her college against other schools around Canada. She graduated from high school last spring, and three months later she was already on the field representing the Ravens.

Staying in Canada was not the first choice for the St. Mary’s Catholic Secondary School’s alumnus. She explained her first project was to go study and play for an American university, but the COVID-19 pandemic made her change plans.

“My oldest brother got a scholarship for soccer in the States and my dad was helping me to get the same,” Haaster said. “But when COVID-19 happened, it made that plan harder and made me want to stay here in Canada.”

She explained the opportunity to join the Ravens had already been discussed in the past when Dom Oliveri, Carleton University women’s soccer coach, saw her playing at a tournament a few years back and reached out to her.

When she decided to stay in Canada, the midfielder reached out to Oliveri to talk about the possibility of joining his team. After talking to the coach many times, she liked his coaching style and the environment he had created at Carleton and she wanted to be a part of it.

The 18-year-old explained she developed her passion for the sport very young and her brothers played a major role in her decision. Both of her brothers have played soccer since they were little and she wanted to follow their footsteps.

Van Haaster was just six years old when she joined DPS, a soccer academy in Hamilton, same place where her brothers were playing at the time. At the time, the academy did not have a girls team so she played with the boys’ team until she turned 12 years old. This was the period when her coach created a girls team and she was able to share the field just with girls for the first time.

After that, Van Haaster would also play at the Milton Magic Soccer Club in Milton, as well as the Oakville Soccer Club women’s U21 team in Oakville, before joining Carleton University women’s soccer team.

Since her arrival at Carleton University, the midfielder shared good moments with her team and she considers herself a better player and a better person.

“The team and coaching staff were very welcoming when I first came,” she said. “We have a very connected team and the bonds I have created with my teammates and coaches are amazing.”

Unfortunately for the midfielder, her first year as a Raven did not go as expected, as her team was not able to qualify for the conference playoffs. According to her, even though the final result was not what the players wanted, her freshman year was a great learning experience.

The difference in pace between a college match and a high school match sometimes can be another challenge which student-athletes have to face in their first year and Van Haaster noticed it.

During the nine matches played for the Ravens this season, she got the impression that the game is a lot more aggressive and it has a much faster pace. Also, the fact she had a greater schoolwork load and the higher standard of training on the daily basis required a greater use of her mental strength.

Now, a few weeks before completing her first semester as a Raven, she has built a great relationship with her teammates.

“I think our team as a whole was very connected and had great amount of respect for each other,” she said. “Everyone got along and supported one another on and off the field.”

Van Haaster and the Ravens have almost a year to prepare themselves for next season, and they have already set goals for 2022.

“I expect to continue to grow as a player and we are going to work much harder and hopefully come out at the top,” the midfielder said.