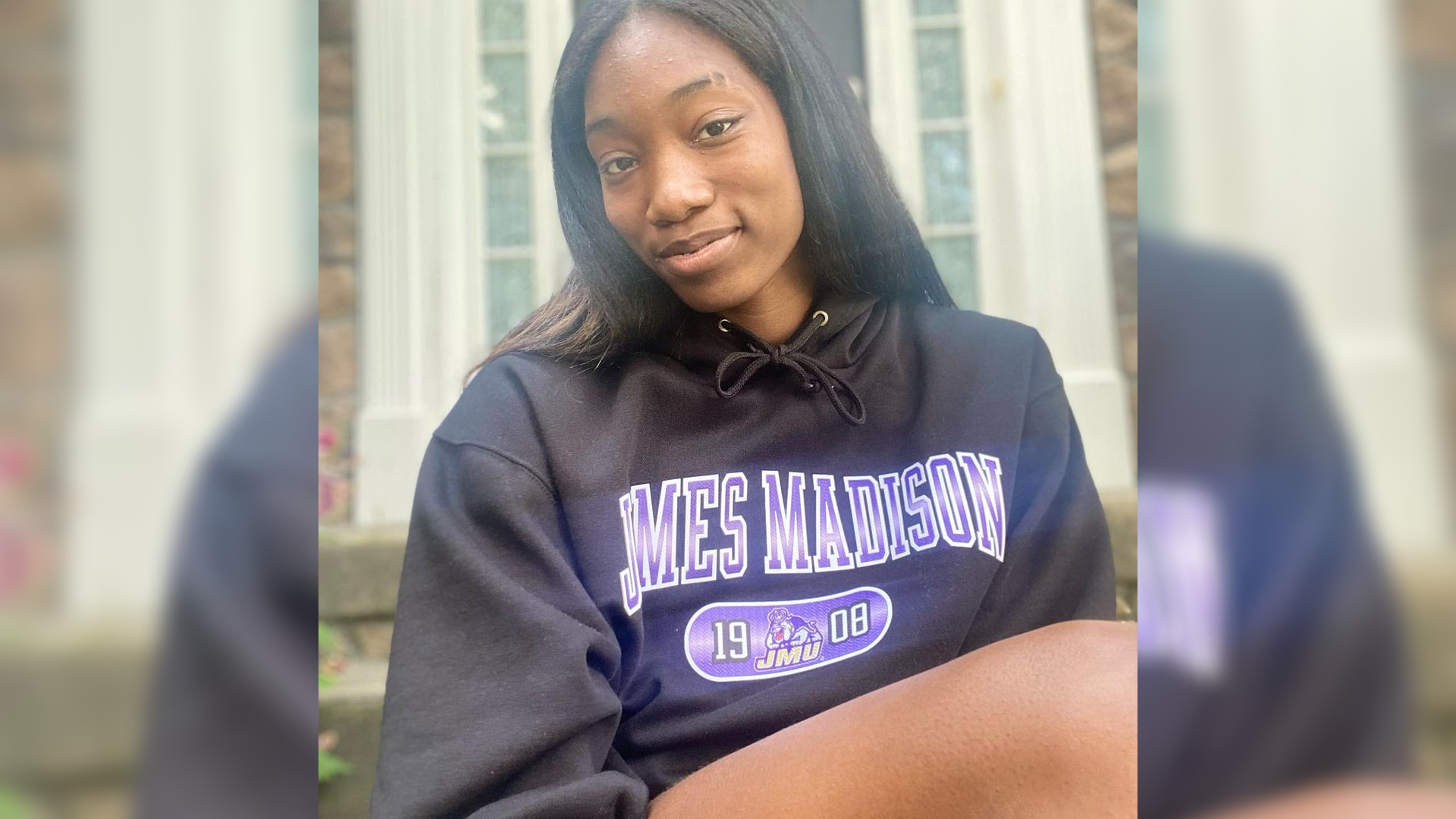 After a tremendous senior season, Sussex Central outside hitter Brenya Reid netted the Delaware High School Volleyball Coaches Association state Player of the Year honors and will represent the school at the next level at DI James Madison University. (Courtesy: @brenya.reid2022/Instagram)

GEORGETOWN, Del. (BVM) — Sussex Central High School senior Brenya Reid was able to reach one last milestone during her senior night game with the Golden Knights as she was able to surpass the 1,000 career kills mark.

“I had it all planned out actually because the game before I had a set amount of kills I had to get that way I could get it on senior night,” Reid said. “It took a while for it to hit me because I never thought this would be something I could do. I was like, ‘Wow we did it.’”

While that would be the career highpoint for many high school athletes, Reid wasn’t done achieving great things as the senior was named the state’s volleyball Player of the Year by the Delaware High School Volleyball Coaches Association on Nov. 16.

In addition to the honor, Reid also earned a spot on the first team all-state roster, her second time earning the distinction as she was named a member last year as a junior. Reid was dominant throughout the season, racking up kills, aces and blocks at an alarming rate from her outside hitter position. As the only Sussex Central representative on any of the three all-state teams, Reid proved her ability to lead a team while she helped bring the Golden Knights to the No. 11 seed in the Delaware Interscholastic Athletic Association State Volleyball Championships where the team would fall in the second round to No. 6 Wilmington Friends. The senior averaged 25.9 kills per match.

“My biggest takeaway was definitely how hard we fought,” Reid said. “When we were down sets we fought and came back and did the best we could.”

On July 22, Reid verbally committed to play Division I volleyball at James Madison University. She later reaffirmed her commitment to the program by signing her National Letter of Intent to join the program on Nov. 11. The 6-foot-1 outside hitter will join a Dukes program that finished the regular season with a 17-7 record and tied for second in the Colonial Athletic Conference with a 11-5 conference record.

“When I got there I was like, ‘I really like this place.’ When you know a place feels like home you have this feeling and I had that feeling,” Reid said. “The coaches made me feel like I was a part of the team before I even got there or even met the team. The coaches definitely had a big part in [my decision]. They made me feel welcomed.”

With the team having a strong chance at an automatic qualifier into the NCAA Tournament and a bright future that includes joining the more prestigious Sun Belt Conference in 2023, the addition of a player of Reid’s caliber is a welcomed one.

“Bre has demonstrated every quality we look for in a student-athlete: she is a bright student, a hard worker, and fits perfectly into our team culture,” Dukes head coach Lauren Steinbrecher said in a press release. “She has shown her dominant presence at the net, and will undoubtedly bring an amazing competitive spirit into our gym. Bre has an amazing family that we’ve been fortunate to get to know through the recruiting process, and we couldn’t be more excited for her during such an exciting moment of her life. We can’t wait to get her to Harrisonburg and see her in Purple and Gold!”

Reid is a high-level athlete regardless of sport, as she is also an elite track athlete, having won the state title in the long jump last year while also helping the Sussex Central 4×200 meter team to a Cape Henlopen conference title. This is significant because not only will she play volleyball for the Dukes, but will also jump for the track team.

“I’m going for both, but my original plan was to just go for track,” Reid said. “But then it all worked out and I got volleyball and track.”

That elite jumping ability is also something that Reid feels will help her establish a strong role on the James Madison team.

“I think being able to jump so well will give them a big bonus,” Reid said. “Even though I’m short in the volleyball world, I can still jump.”

As a member of the Class of 2022 and set to get on campus in Harrisonburg next fall, Reid will have plenty of time to prepare for her time with the Dukes. As the reigning Delaware Player of the Year, Reid will have statewide support for her during her career at JMU and will look to meet the high expectations set for her.

“My goals for next year are definitely to be on the floor and playing,” Reid said. “Then in the next four years just making a huge impact and maybe even going the farthest JMU has ever gone in the tournament.”