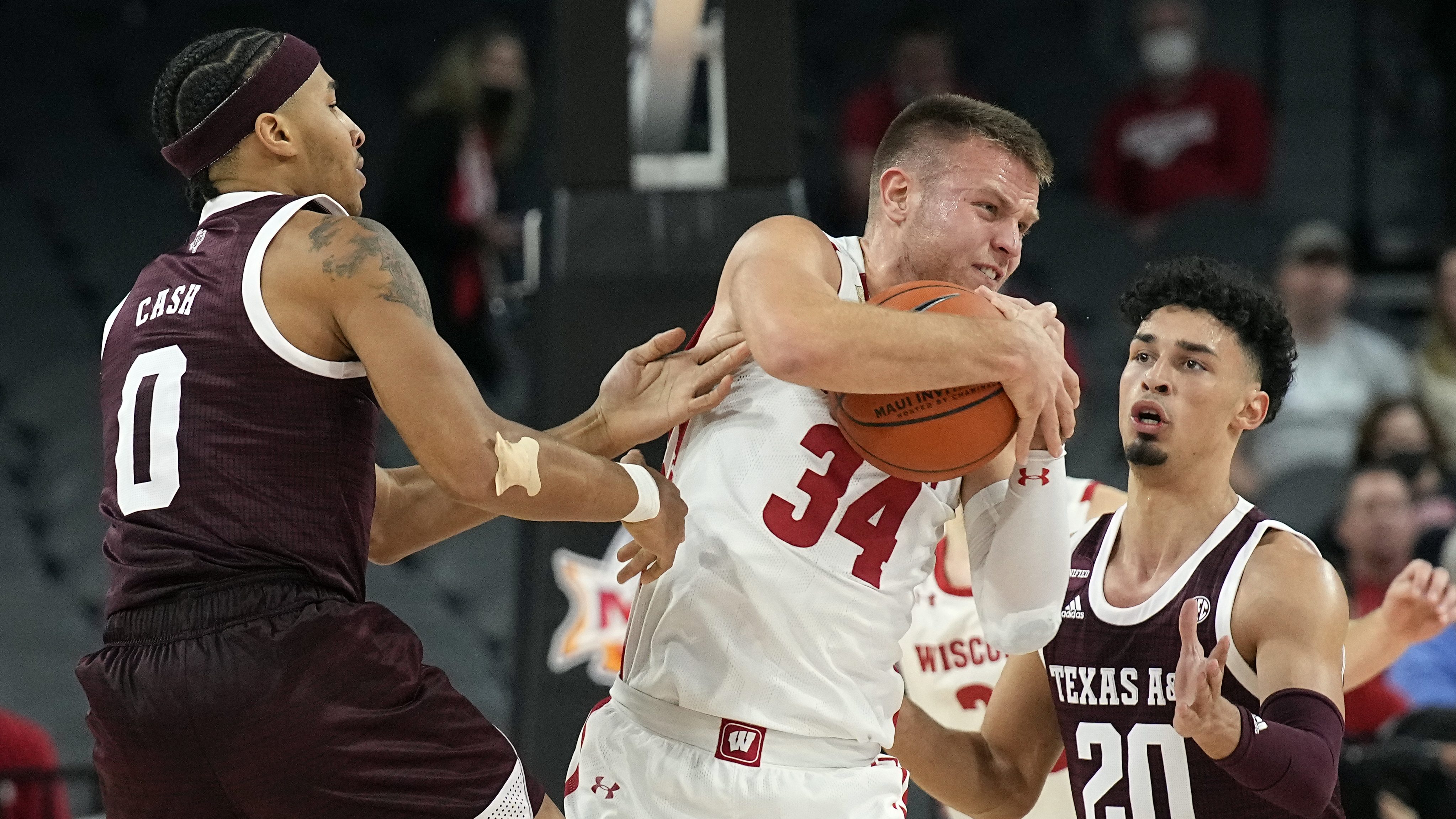 Wisconsin (3-1) started slow and limped to the finish, but used two big runs in between to earn a spot in Tuesday’s semifinals.

Texas A&M (4-1) got off to a strong start and shut the Badgers down late, but fell into too big of a hole to mount a comeback. Quenton Jackson led the Aggies with 15 points.

Texas A&M hit Wisconsin with a blitz of 3-pointers at the start. Tyrece Radford hit the first one and Andre Gordon followed with three more as the Aggies opened the game on a 16-4 run.

Texas A&M hit 6 of its first 7 from the arc to push the lead to 16, but the Badgers finally found their footing late in the first half.

Ratcheting up the defense to create turnovers, Wisconsin set up good scoring opportunities in transition, hitting three straight 3-pointers during a 15-1 run to close the first half. Davison had 14 points by halftime to give the Badgers a 35-34 lead.

Wisconsin kept rolling, using a 15-3 run to stretch the lead to 61-45, but went cold to let Texas A&M chip away. The Aggies pulled within 65-58 and held the Badgers to one field goal over the final 8:45, but ran out of time to finish off the comeback.