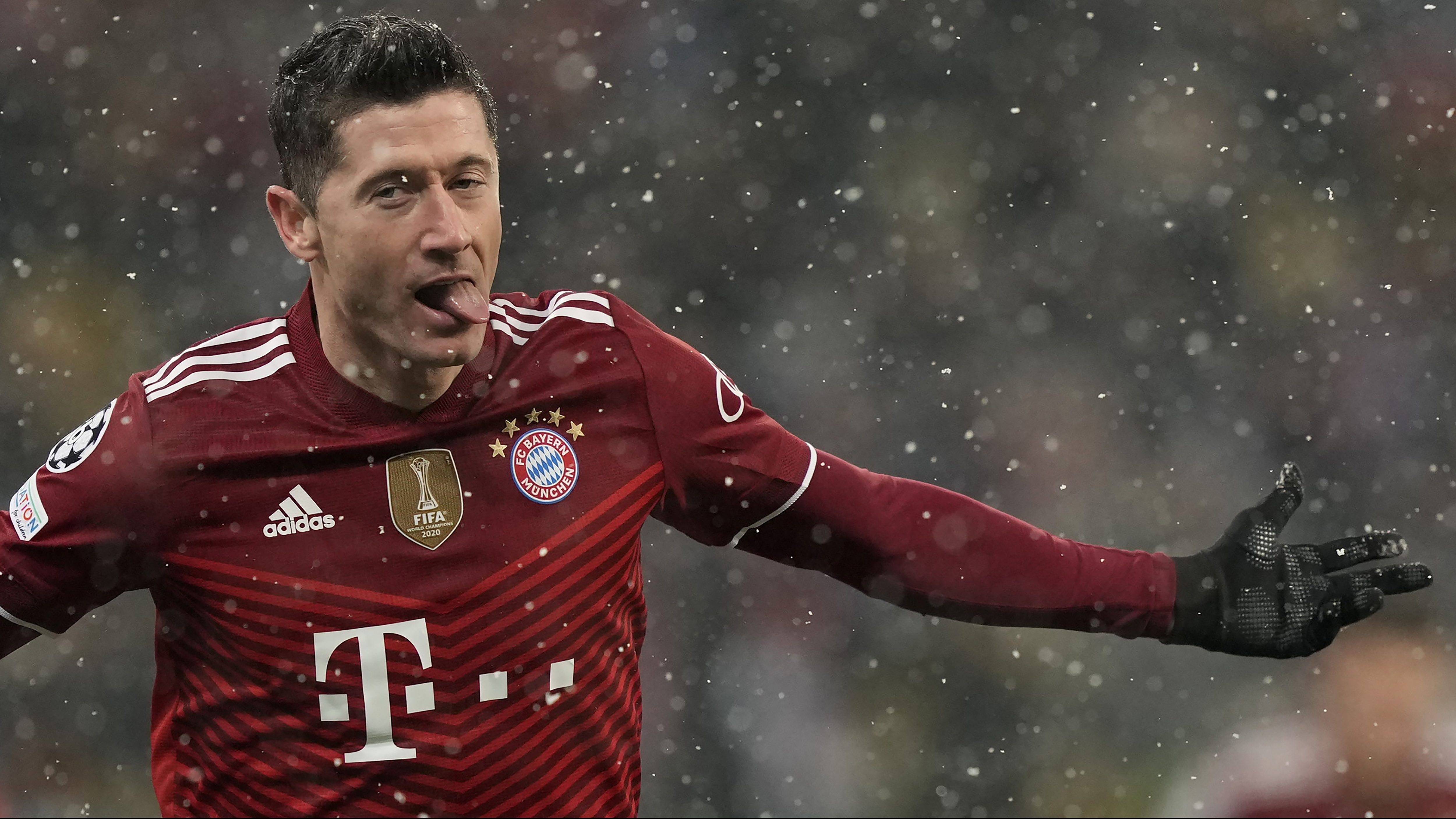 KYIV, Ukraine (AP) — Robert Lewandowski scored with an overhead kick to lift an depleted Bayern Munich team to a 2-1 win over Dynamo Kyiv on Tuesday that clinched first place in its Champions League group.

Needing just a point to secure the top spot in Group E and coming off a surprise loss to Augsburg in the Bundesliga, Bayern would usually consider resting top players against a team like Dynamo. That wasn’t an option.

Bayern was missing seven players — including midfielder Joshua Kimmich and forward Serge Gnabry — who are all in isolation either because they’ve tested positive for the virus, or because they’re unvaccinated and had contact with a positive case. Adding on a suspension for defender Dayot Upamecano and a muscle injury for midfielder Marcel Sabitzer left Bayern with a threadbare squad.

Coach Julian Nagelsmann had no real backups for his star players, so Lewandowski, Thomas Müller, Leroy Sané and the recently injured Kingsley Coman all started in attack. Nagelsmann named just four outfield players on the bench, all youngsters or fringe players.

Lewandowski brought the game to life after a slow start with his 14th-minute goal. The Polish striker reacted quickly when Benjamin Pavard’s pass deflected off defender Illya Zabarnyi’s leg and leaped to hit an overhead kick which was hit beyond the goalkeeper’s reach.

Only a stroke of luck kept Bayern in the lead soon after when Leon Goretzka’s attempted backpass across the snowy field bobbled up and over Manuel Neuer’s attempted kick and onto the post.

Coman scored his first Champions League goal of the season to double Bayern’s lead just before the break, shooting high into the net from a tight angle. Neuer made several saves to keep Dynamo at bay in the second half, but a gap in the Bayern defense allowed Viktor Tsygankov to set up Denys Garmash for last-place Dynamo’s first goal of the group stage. Bayern held on for the last 20 minutes to keep the three points.