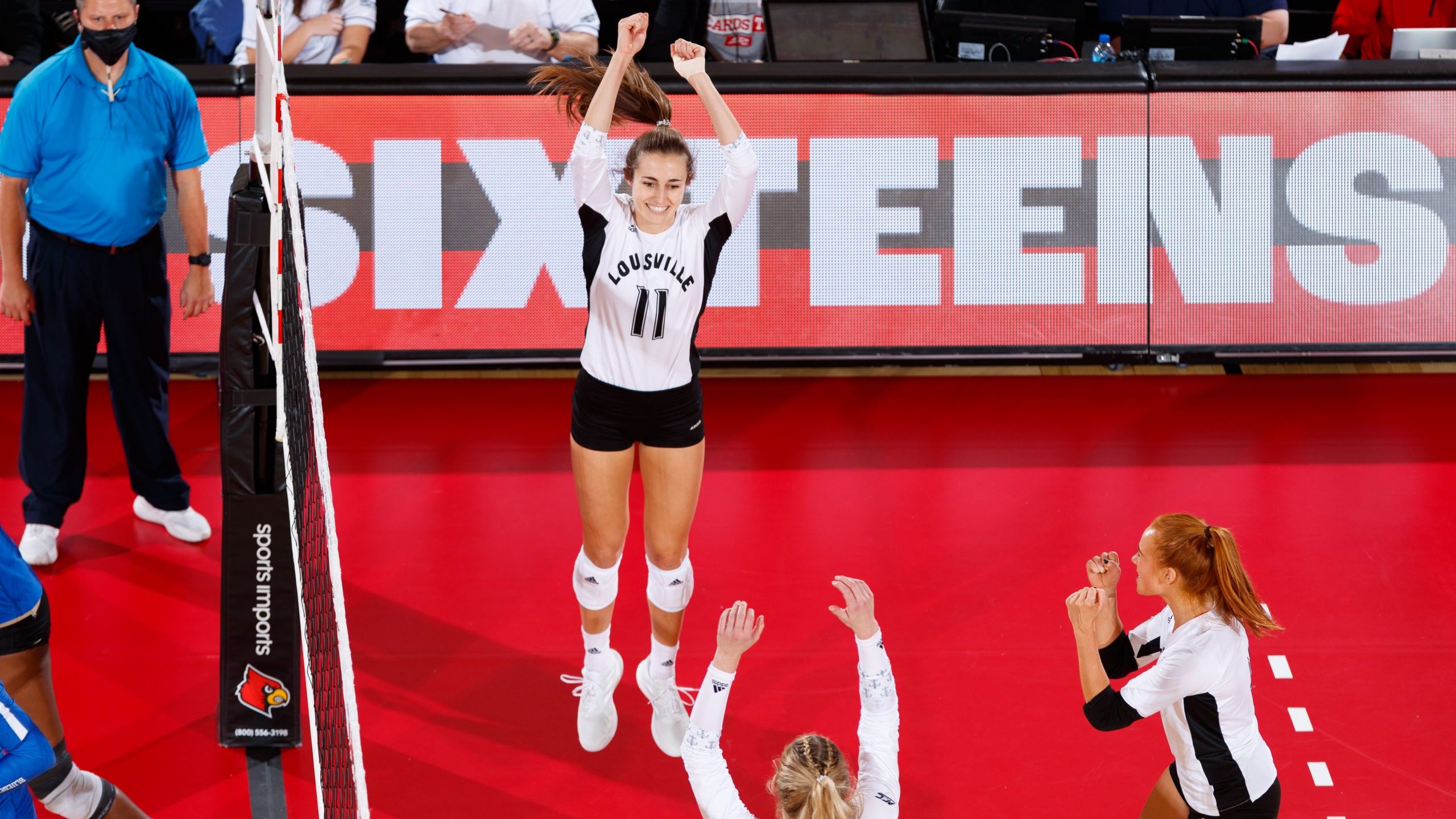 In the midst of one of their most historic seasons of all time, the No. 1 ranked Louisville Cardinals women’s volleyball team is looking to continue their hot trend in the upcoming postseason. (Photo: Taris Smith/University of Louisville)

LOUISVILLE, Ky. (BVM) — The University of Louisville has had a number of successful Division I programs over its illustrious history. When that idea is mentioned, many will think of the men’s basketball program that was once a mainstay in the AP Top 25 and a national champion, while some others may think of the Lamar Jackson era for Cardinals football. However, one university program has grasped the attention of all Cardinals fans and even regular sports fans across the country. That’s because what they’re doing has never before been seen in Louisville.

The Louisville Cardinals women’s volleyball team is in the midst of a historic season, currently sitting at an unblemished 26-0. The Cards have also been ranked as the No. 1 team in the country in both the American Volleyball Coaches Association Top 25 poll and the NCAA Women’s Volleyball RPI poll. When they first earned the top spot back on Nov. 18, it marked the first time in program history that the Cards were ranked No. 1 in the country, joining other U of L programs like men’s basketball, men’s soccer, men’s tennis, baseball and women’s basketball to earn the distinction in their respective sports.

For the first time in program history, @UofLVolleyball is #1 in the rankings!

Here’s a look at when other Cards teams stood atop the polls for the very first time.#GoCards pic.twitter.com/UyfWclWDAk

With their impressive record, the Cards are considered the team to beat during the rest of the NCAA volleyball season as they received 62 out of 64 first-place votes in the latest AVCA Top 25 poll released Nov. 22. As the lone unbeaten squad left in the country, the high ranking isn’t too surprising. The way the team has gotten its wins has also been impressive as in its 26 matches, 20 have been 3-0 sweeps and only three have gone to five sets. The unit has also beaten a number of impressive teams with wins over top 25 teams Georgia Tech, Kentucky, Nebraska, Pittsburgh and Purdue.

With the NCAA Division I women’s volleyball tournament selection show on Nov. 28, Louisville has only a couple of games to get through to at least finish the regular season unbeaten. However, this will be no easy task as the Cardinals face No. 3 Pitt in Pittsburgh. on Nov. 24. Though the Cards have already faced and beaten the Panthers 3-2 on Oct. 24, the match was one of the team’s toughest of the season and they had the advantage of playing in front of their home crowd, something they will not have the luxury of this time around.

The last game of the regular season for the Cards will be a home matchup against Notre Dame, which the Cardinals handily beat 3-0 in South Bend, Indiana on Nov. 15. Already holding at least a share of the Atlantic Coastal Conference regular season title, the Cardinals could end the season on a high note with a pair of wins.

With tonight's win, @UofLVolleyball clinches at least a share of the 2021 ACC 🏐 Regular-Season Title 🏆