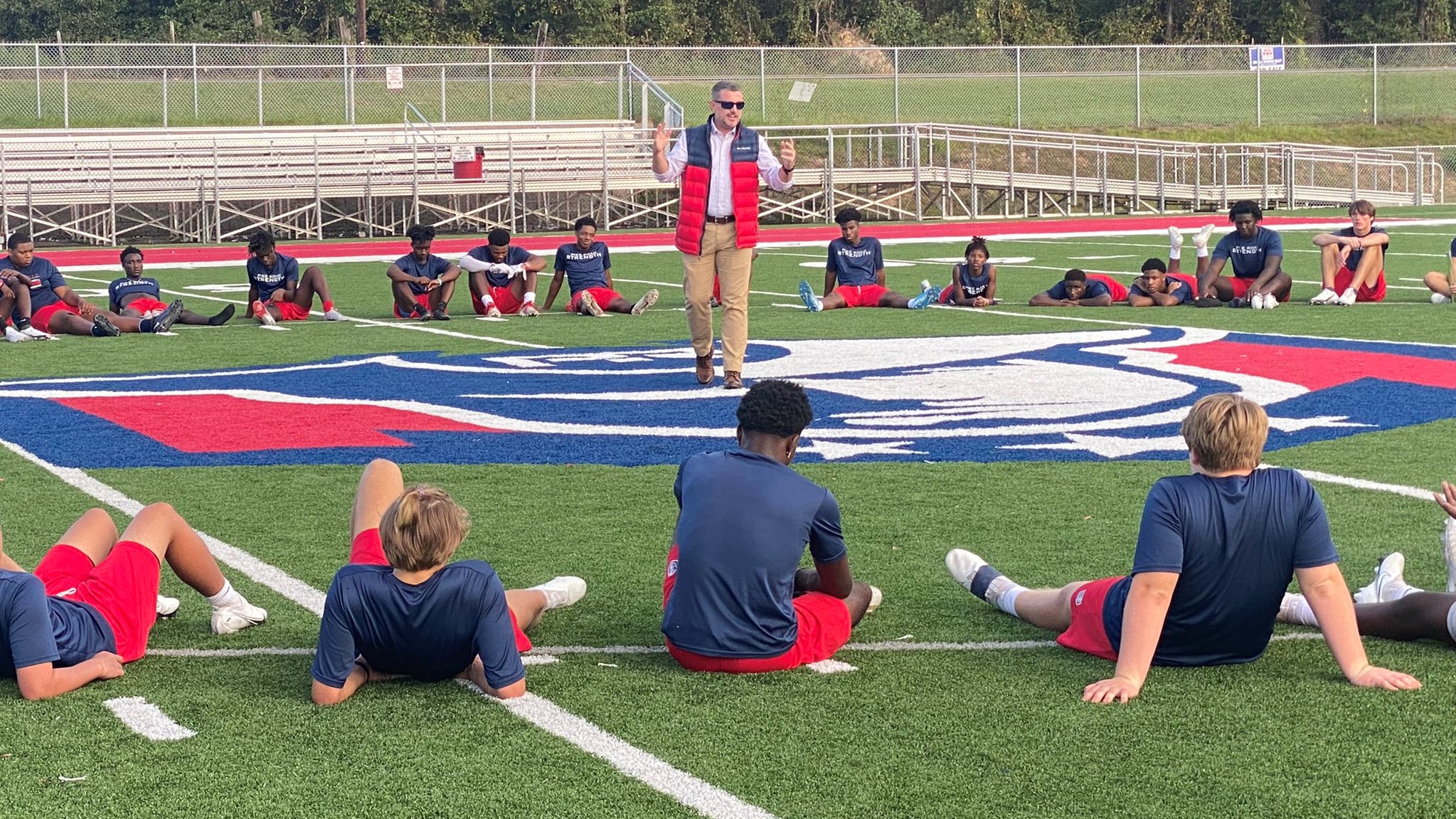 PIKE ROAD, Ala. — Ninety-four years ago, the Pike Road football team set the road map to what is now known as Alabama high school football. On Sept. 23, 1927, Pike Road played against Cloverdale in the Cramton Bowl in Montgomery. This game went down in history books as the first night game played between high school teams in the state of Alabama.

Ninety-four years later, the Pike Road football team is still very active in Alabama high school football. The team, also known as the Patriots, plays in the Alabama High School Athletic Association. The school believes that when students participate in sports, they are able to develop skills centered on self-discipline, commitment, communication, accountability and teamwork with the aim of improving students’ academics and encouraging healthier lifestyles.

The Patriots have, over the years, been at the forefront of helping Pike Road High School achieve its aim of building the students through sports. For over six years, Patrick Browning has been the head coach of the team and the athletic director for the high school. He has over sixteen years of experience in high school football coaching. Patrick is a husband and a father, married to Jenny Browning, and together they have two children, Lucy and Joseph.

Through the leadership of Coach Browning, a lot of outstanding achievements have been recorded by the Patriots. This was one reason why the school built a world-class football stadium for the Patriots in 2019.

“It’s here and it’s awesome. I go out there every day and look at it,” senior defensive lineman CJ Paymon said about the newly constructed stadium.

Since 1922, the past three seasons have been among the best for the Patriots. In 2018, they made their first playoff appearance.

Then in 2019, the team went through the regular season undefeated for the first time in their history. They won their first regional championship and recorded their first playoff victory that same season. They also had their first 11 wins in a season during the 2019 season.

They retained their regional championship in the 2020 and 2021 seasons. Meanwhile, in the 2021 season, the Patriots amended history. On Sept. 11, 1930, they ended their four-game losing streak. This has remained the Patriot’s longest losing streak, but they made amends 91 years after. They had the longest win streak of 11 games until the season ended in late August.

The chances of extending these winning streaks in the 2022 season are very high because the Patriots have been on fire since three seasons ago. The Patriots also advanced to the third round for the first time in the team’s history after defeating St. Paul 29-17 in the playoffs.

“Every year, we’re trying to get just a little bit better, overall, in what we’re doing as a program,” Coach Browning said. “I think what’s helped us the most is we’ve had a very consistent group of core players that understand how we want to work, how we want to proceed every day.”

Speaking about the players who have been one of the critical factors in the successes that the Patriots have recorded so far, Iverson Hooks is no doubt one of the rising stars. He was named Alabama High School Football Athletic Association Athlete of the Week after an outstanding performance against St. Paul. However, several other Patriots players have put on a great show on the pitch in the past season.

Watch out for the 2022 season as the Patriots enter the season with another level of fire.