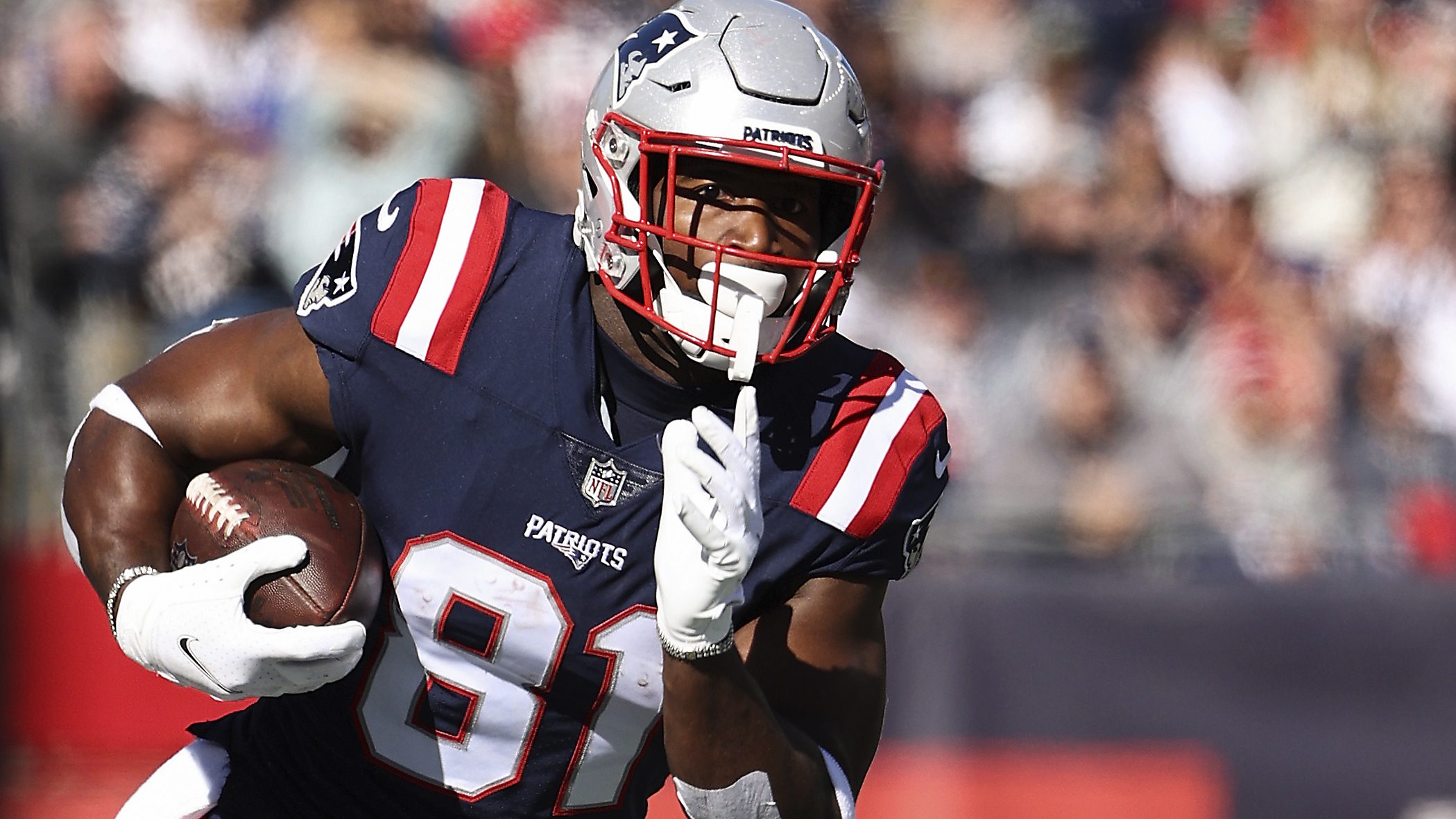 New England Patriots' Jonnu Smith runs against the New York Jets during an NFL football game at Gillette Stadium, Sunday, Oct. 24, 2021 in Foxborough, Mass. Patriots tight end Jonnu Smith wasn’t disgruntled when he left Tennessee in free agency after four seasons this past offseason. He was simply looking for a place to in his words, “start a new chapter” and make “a fresh start on the journey.” But as the resurgent Patriots (7-4) prepare to host his former team, Smith is still looking for his first signature game in New England, having notched just one touchdown through 10 games. (AP Photo/Winslow Townson, File)

He was simply looking for a place to in his words, “start a new chapter” and make “a fresh start on the journey.”

“It was some of the greatest four years I’ve ever had, I learned a lot,” Smith said of his time with the Titans. “One year with (Mike) Mularkey, three years with (Mike) Vrabel. I learned a lot from both guys. … I got nothing but love for the organization. That did right by me. I went out there and gave my all for them.”

But as the resurgent Patriots (7-4) prepare to host his former team, Smith is still looking for his first signature game in New England, having notched just 22 catches and one touchdown through 10 games.

It’s not the season he expected to be having in the first year of the four-year, $50 million deal he signed back in March. Still, he says he’s not concerned about his role and is applying the same patience and dedication to the process that the team has done to get back in the playoff picture following a 2-4 start.

“It is what it is right now,” Smith said. “I’m thankful to be in the position that I am. Whatever it is that I’m called or asked to do, that’s what I’ll do. I don’t necessarily worry about the role … that’s the coaches’ job. Our job is to go out there and execute. So that’s all I can worry about.”

One of the things that drew the 26-year-old to New England was how much the Patriots utilized the tight end position in all facets of the offense, particularly in the passing game.

That excitement grew when the team also added tight end Hunter Henry, as both envisioned the possibility of becoming the another incarnation of the dual tight end sets the Patriots employed so well during Rob Gronkowski’s tenure.

So far, it’s Henry who’s flourished the most in the offense, catching seven touchdowns in the past eight games to help propel a unit that has found a rhythm behind the steady play of rookie quarterback Mac Jones.

During their five-game win streak the Patriots have outscored opponents by 125 points.

Offensive coordinator Josh McDaniels said this week that Smith may simply still be adjusting in what he called a “foundational year” he often sees for players new to the Patriots’ system and playing under coach Bill Belichick.

“These guys that come in, it’s their first opportunity because they’re still learning similar to some of the rookies,” McDaniels said. “They might have heard NFL vernacular and been around NFL football. But sitting in Bill’s squad meetings, listening to what we do and what we try to do on a weekly week basis, fitting in to how we change the offense from one week to the next to try to attack the defense’s weaknesses or protect our weaknesses.”

As a result, Smith has primarily been used as a blocker in recent weeks, though he said he doesn’t think his learning curve or a recent shoulder issue that kept him sidelined in Week 10 against Cleveland, has held him back.

“You get to anywhere the first time in your life and it’s an adjustment. It’s just about how well you adjust,” he said. “Whatever it is that I’m called or asked to do, that’s what I’ll do. I don’t necessarily worry about the role … that’s the coaches’ job. Our job is to go out there and execute. So that’s all I can worry about. … We’re gonna keep playing good football, keep progressing and keep improving.”

As for Sunday’s matchup with the Titans (8-3), Smith said he’s looking forward to trying knock his former team off their current perch atop the AFC.

“We’re gonna be ready to play. It’s gonna be a hell of a game, “ he said. “Treat it like any other game. That’s the mindset we have, week in and week out. We don’t look at the logo. We don’t take any opponent lightly. We’re just gonna play our brand of football.”