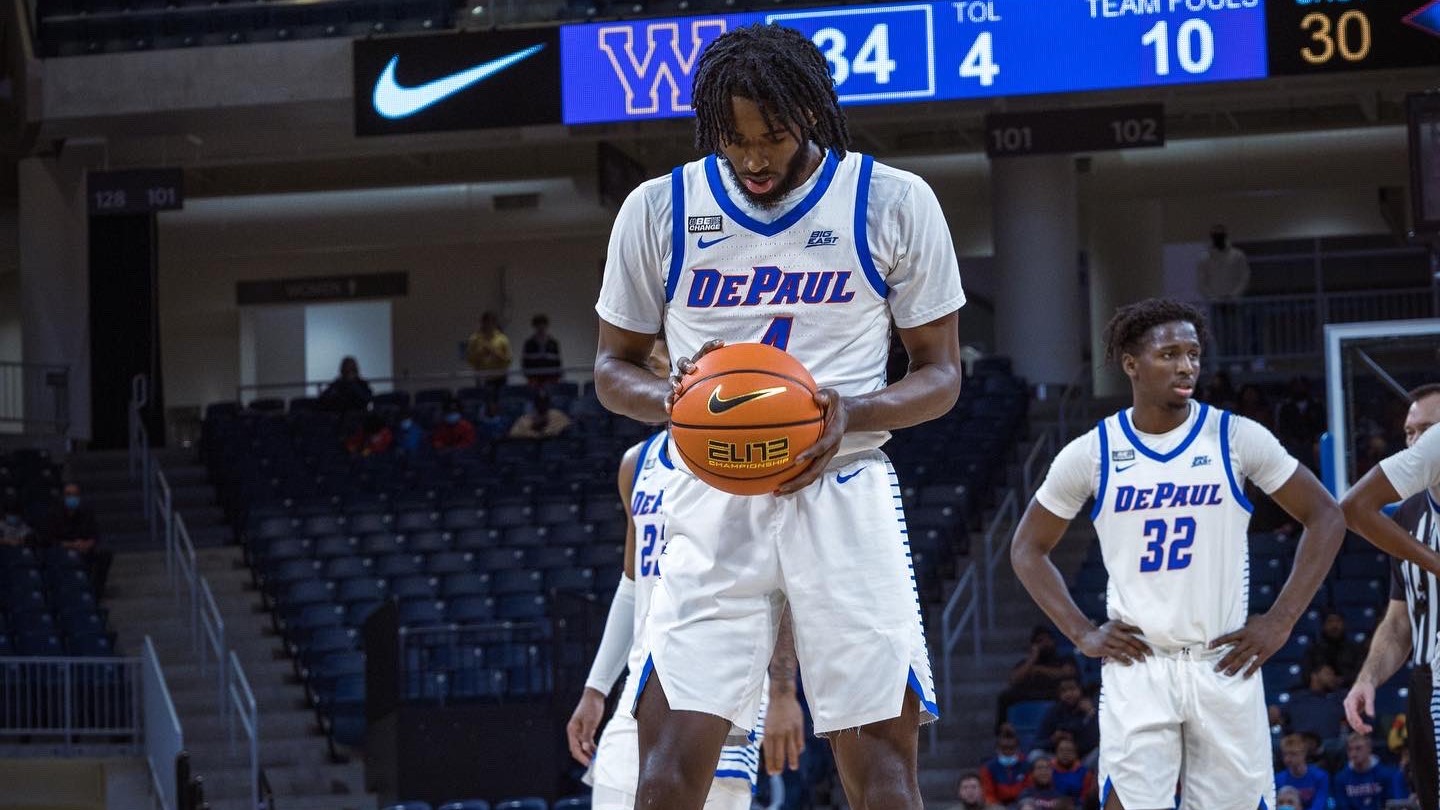 CHICAGO — When a natural scorer joins a program and is expected to contribute within that attribute prism but somehow surpasses all expectations, that athlete is placed on a rightful throne. That player becomes the most valued among coaches and is endeared by the fanbase. Chants of “MVP” are sung whenever they’re at the free throw line and the cheering is louder whenever they score a point. It’s a heavy but rewarding burden to bear, something that Javon Freeman-Liberty knows too well.

The DePaul Blue Demons star guard is listed at 6-foot-4 and is having a tremendous season. He’s leading the team in points per game, averaging 24.8, and is the lead assister with a total of 21. But what’s even more astounding is that he’s also the team leader in rebounds, averaging 9.3 per game. The not-so-lengthy guard is doing it all. Freeman-Liberty is averaging close to a double-double while also sharing the ball and the spotlight by drawing in double teams so he can distribute the ball to the open man. He runs the offense for the Blue Demons and also happens to be impactful on the defensive end.

Freeman-Liberty is again leading the team but this time in the steals category. He has nine so far on the season which highlights his tenacity in that aspect of the game. The senior is having such a positive effect on the team that scouts from opposing teams are spending hours looking at film in the hopes of finding a weakness in Freeman-Liberty’s game. The only slight wrinkle could be his three-point and free-throw shooting. But then again, it’s the type of nitpicking that might not amount to anything. Freeman-Liberty is shooting at 35% from beyond the arc and only 76.5% from the free throw line. Those are worthy numbers to look at considering that Freeman-Liberty is a guard who struggles somewhat at the line and isn’t that good of a college three-point shooter.

Nevertheless, his overall game cannot be contested. He leads DePaul in four main categories which are points, rebounds, assists and steals. There aren’t many college basketball players, if any, that can claim that they are achieving such a feat with their respective teams this season. It should also be noted that Freeman-Liberty went from scoring 14.4 points per game in his junior season to 24.8 as a senior. That’s an increase of over 10 points per game. It would be challenging for any scout from the pros to ignore the immense improvements and footprint that Freeman-Liberty has made in his senior year with the DePaul Blue Demons.