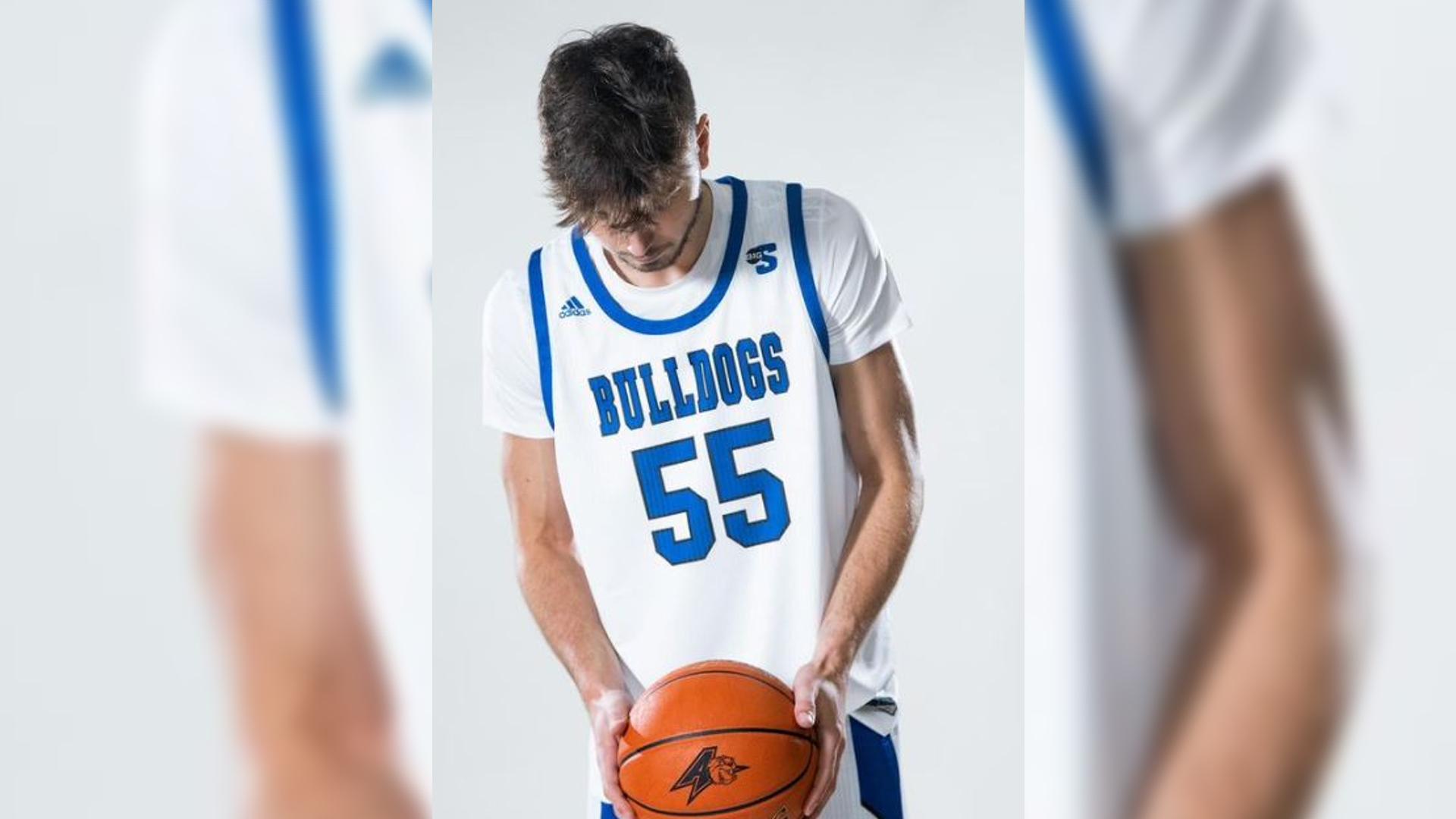 ASHEVILLE, N.C. — In the field of sports, fans are more likely to be moved emotionally by the unexpected. Whether it’s an unlikely shot going in or a less than fancied player making a big play, those moments capture the attention. It’s because we, as sports fans, want to be surprised. There’s nothing drearier than knowing exactly how a game is going to turn out. It lacks the drama that is sought after by those watching, which is partially why neutrals tend to cheer on the underdogs and root for the unknown element to occur. That is why UNC Asheville Bulldogs’ Drew Pember is a pleasant surprise.

When the 6-foot-10 forward Pember was playing at The University of Tennessee (UT), he didn’t contribute to much. He featured in 10 games and averaged 2.8 minutes per game. He scored his only two points of the season on a second-half dunk in the home win over South Carolina on Feb. 17, 2021. Pember also had a career-high three assists in Tennessee’s dominant victory over Tennessee Tech but that was about it. He didn’t have the minutes he needed to show what he could do and was considered surplus to requirements which led him transferring to UNC Asheville. And it’s there where he broke out as a star player.

So far this season with the Bulldogs, Pember has started in all of the games and is averaging 22.0 minutes. He’s also the leading scorer on the team with 10.8 points per game and shooting the ball quite efficiently with a field goal percentage of 43.8. Additionally, he’s made four three-pointers from 15 and only missed two free throws out of a team-high 13 attempts. Not only that, Pember also leads the team in rebounds where he’s averaging 5.3 per game. But the greatest stat line from his impressive resurgence is in the blocks category. Pember has 16 blocks in four games. That’s nine blocks more than second-best on the team.

It’s incredible what a change of scenery can do to an athlete’s game. A lot of credit has to go to Pember who knew he had to leave his home state of Tennessee to find a program that wanted him to express his basketball talents. He wasn’t given enough time at UT, but with UNC Asheville he’s showing us all what we least expected. Someone that can average 10.8 points per game after only scoring a total of two points across an entire season. This season, Pember is a welcomed surprise in college basketball.