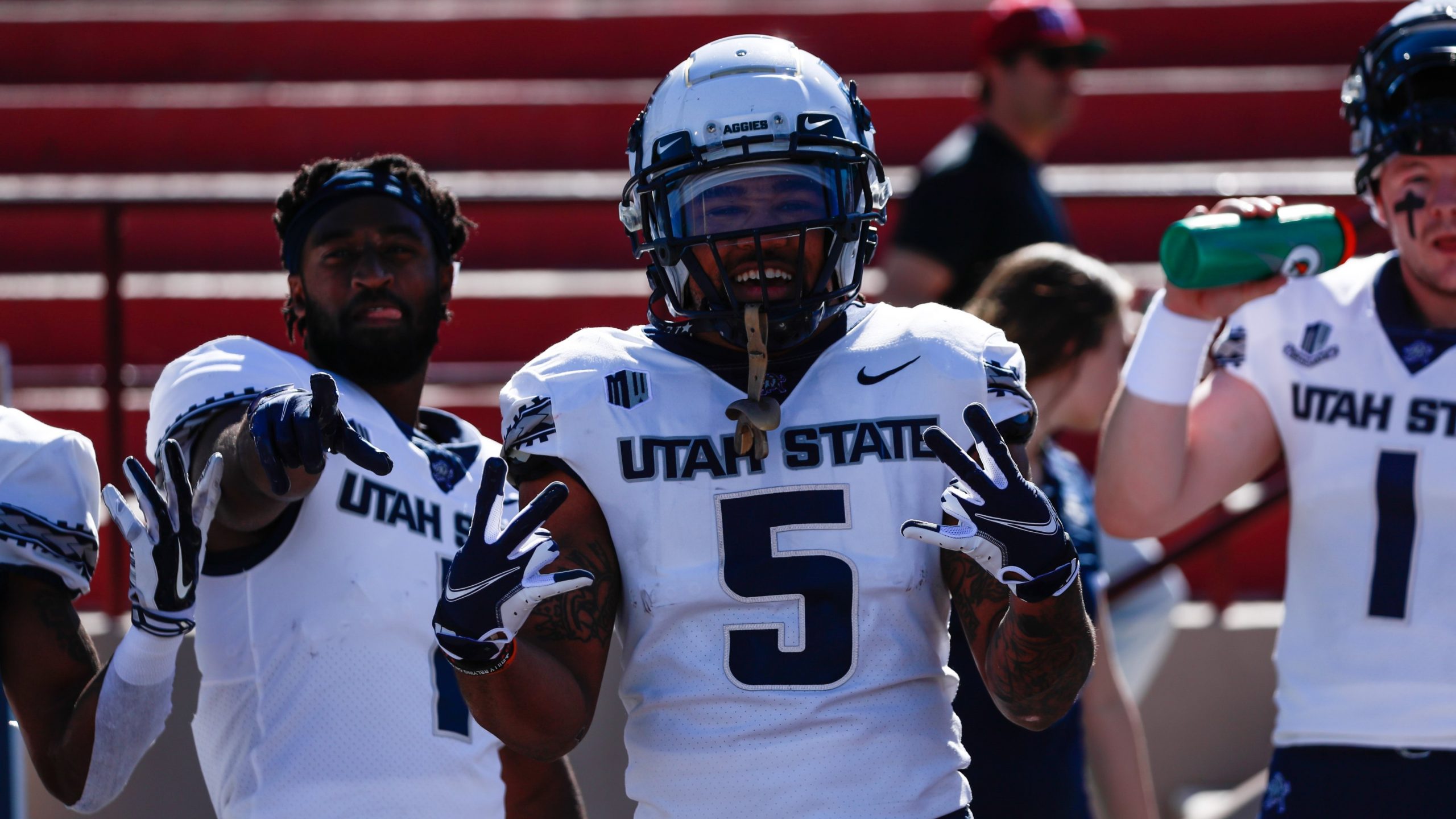 LOGAN, Utah — A great season for the Utah State Aggies football team was given a reality check this past weekend when they played the University of Wyoming. The terrific season, which saw Utah State capture wins against Pac 12 opposition, Washington State, as well as Air Force and Colorado State, was given a humbling when the Cowboys came into Utah and dropped 44 points on the Aggies. Utah State will now have to have some help from some other schools if they wish to win the Mountain West Mountain Division, as they are currently tied on conference record in the Mountain Division with Air Force and Boise State.

Following the harsh loss to Wyoming, Utah State head coach, Blake Anderson, spoke to the media about the loss and his ambitions for the rest of the season.

“We made way too many mistakes to stay in the game. Honestly, (we) just got shoved around on the offensive line and defensive line tonight, something we have been concerned about all year,” Anderson said. “We’ve got to recoup. Refresh these guys on a short week, find a way to go win number nine, and become really big San Diego State fans, because that’s all we can do. Nine and three would be a huge accomplishment considering everything, but we’re just hoping we’re able to find our way to that game (Mountain West Championship) and play better next week, and look for another opportunity.”

San Diego State takes on Boise State next week, who is one of the teams Utah State is tied with in the Mountain Division. A San Diego State win would give the Aggies a massive boost in their Mountain West Championship hopes.

“We’ll watch the film, learn from it, come back Tuesday ready to work, and get ready to beat New Mexico,” Bowling said. “That’s the only thing we can do, that’s the only thing we can control right now is going 1-0 next week and beating New Mexico. Guys are upset, you know it’s senior night, I’m a senior and I wanted to go out and win tonight. Probably our last game in Maverick Stadium. Guys are upset, but we know that we got to go out next week and execute and move on from this.”

While the chance to play in the Mountain West Championship game is now out of their control, the mood around Utah State seems to be to focus on what you can control. If they are going to get to the conference championship game, it will require some help from teams such as San Diego State. The Aggies could focus on that, or they could do what they continue to talk about – focus on what you can control.

Even without a trip to the conference championship game, a win next week and a win in a bowl game would give Utah State a very respectable 10-win season. Although morale is low at the moment, there is still a lot for the Aggies to play for this season.