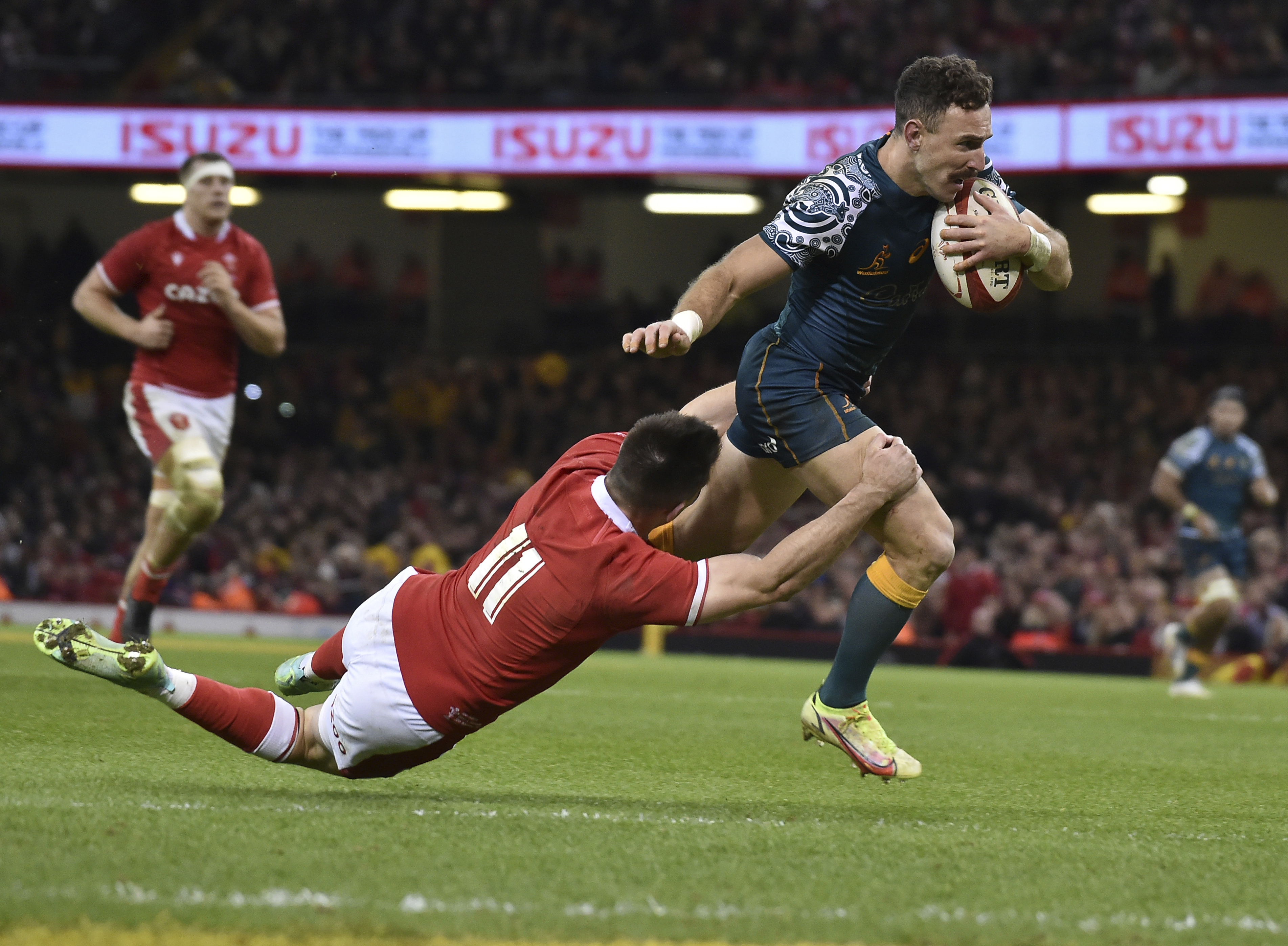 Australia's Nic White, right, avoids a tackle from Wales' Josh Adams as he runs to score a try during the rugby union international match between Wales and Australia at the Principality Stadium in Cardiff, Wales, Saturday, Nov. 20, 2021. (AP Photo/Rui Vieira)

LONDON (AP) — The men’s Rugby World Cup looks to be heading back to Australia for 2027.

Australia was awarded “preferred candidate” status by World Rugby, the sport’s global governing body, on Wednesday. The country last hosted the event in 2003.

A final decision will be made in May next year.

England was selected as the preferred candidate to host the women’s Rugby World Cup in 2025.

World Rugby also said it will enter what the governing body described as “exclusive targeted dialogue” with the United States about hosting the men’s Rugby World Cup in 2031. That would mark the first time the event would be held in North America.

Ross Young, chief executive of USA Rugby, called it a “positive next step.”

“This targeted dialogue opens a new door for collaboration and progress, ultimately fueling an optimistic future for USA Rugby and the global game,” Young said.

The announcements come after a review of the selection process for host countries for World Cups.