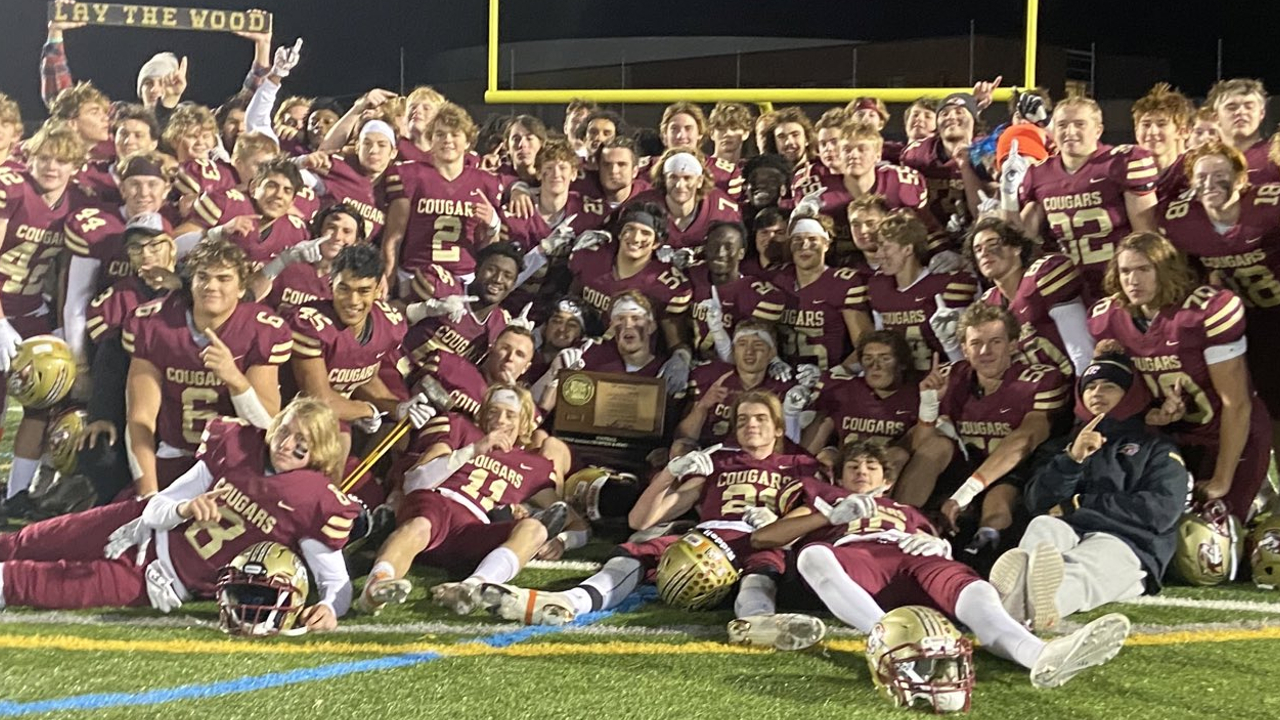 LAKEVILLE, Minn. – Lakeville South Cougar’s walked into this year’s football season with high hopes and expectations. Luck had not favored them in the last two completed seasons as the Cougar’s had fallen short of the Prep Bowl with heart-wrenching defeats in the semi-finals in both 2018 and 2019. 2020’s season was called off after a good run of six consecutive wins for the Lakeville South Cougars.

This year, Coach Benjamin Burk and the team were eyeing a Prep Bowl position – something the Cougar’s had not achieved since 2006. The team eventually went on to win big, steal the season’s limelight with a stellar performance to wrap up their position in the Prep Bowl.

One of the biggest lessons that Cougars had acquired over the last two years was that nothing is guaranteed – even after they reach the semifinals. This season has been a revelation of sorts for the Cougars, as they not only put an end to semifinal blues, but also rose above the ranks to cover all corners.

Quarterback Camden Dean and senior nose tackle Delaney Suraju have both come to the rescue of the Cougars at the grandest stage of all. Both seniors impressed in the quarter-final and semifinal to take the Cougars to glory with a Prep Bowl position.

Coach Ben Burk is proud of his team’s performance this year and is geared for a final push at the Prep Bowl. Coach Burk impressed all with a Metro Coach of the Year award during his first full season at the Cougars.

Burk has been associated with the Cougars since 2015 and was assigned the Head Coach role in 2019. Burk hasn’t looked back since to take his team to success in Minnesota. Jon Bakken, the Offensive Coordinator for the Cougars, has also played a similar role ever since he joined the school in 2020. Bakken had 34 years of experience at Waterville High School, before he moved St. Olaf in 2018 and then to Lakeville in 2020. Both these experienced pros have worked hand in hand to ensure player motivation and draft new strategies for them.

Coach Burk is looking forward to the State Championship game this week. The stage is set for an enthralling encounter as Cougars look to win the Championship for the first time in 16 years of the school’s history.

When asked about the qualities of his team, Burk said, “They are a team of young men that really want to play for each other and celebrate each other’s success.” He was also proud of the team for the passion and unity they had displayed to win each game this season and maintain a stellar record.

Lakeville South Cougars have had a season for the record books, and regardless of how they finish the season at the State Championship, all of the coaches and players can look back and feel proud of what they have achieved. With the kind of season they have had, not winning the state championship would be a disappointment.