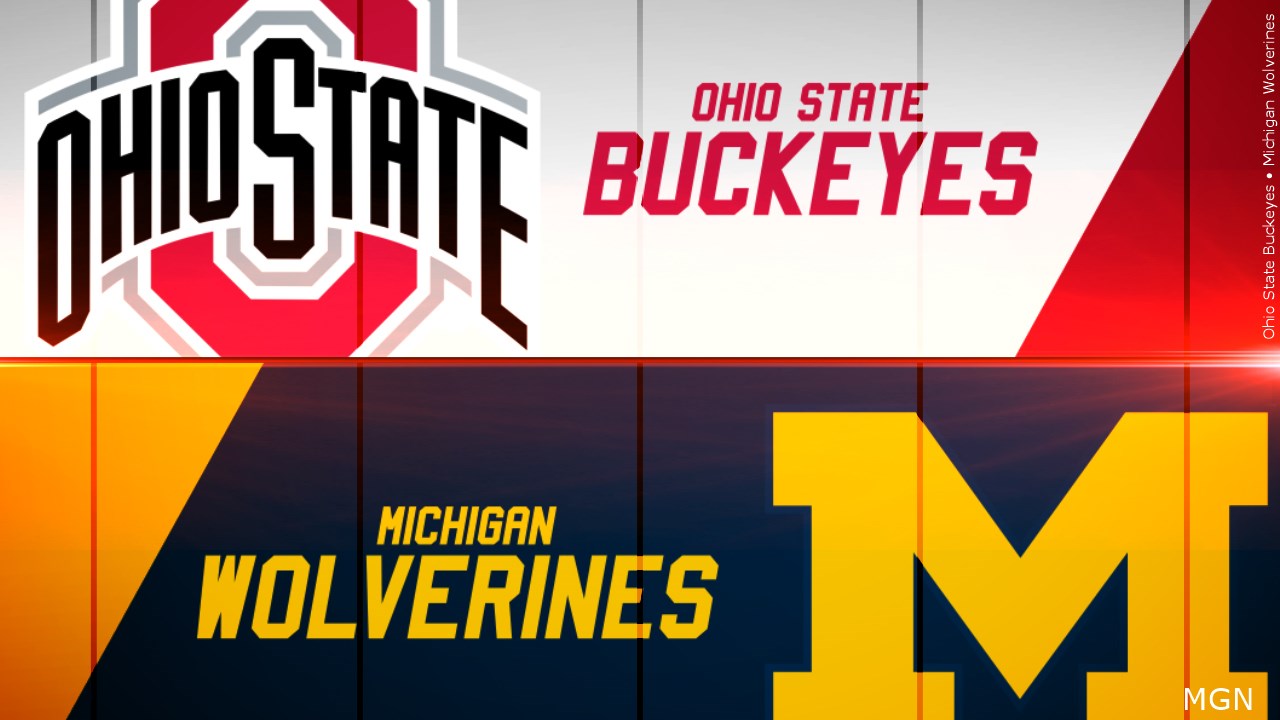 ANN ARBOR, Mich. (BVM) — Ohio State versus Michigan always has a nice ring to it. It’s a college football rivalry that dates back to the late 1800s, and has only gained more and more steam as the years have gone on.

Since the 1930s, the contest between the Buckeyes and Wolverines has often been played in the final week of the regular season. And over the last several decades, the battle has frequently decided the Big Ten champion.

In 2021, that will be no different, as the teams will meet at “The Big House” in Ann Arbor, Michigan, to decide who wins the Big Ten East and earns a trip to play in the Big Ten Championship game in Indianapolis on Saturday, Dec. 4.

This historic rivalry had been played every season for over a century, but in 2020, the matchup was canceled due to COVID-19. Yet, “The Game” being back in 2021 not only marks a return, but one of the best matchups we have had between these teams in a while.

Ohio State comes in dominating the series as of late, as Michigan has not beaten the Buckeyes since 2011, and have won just twice since 2001. Scoring 62 and 56 points in the teams’ last two matchups, more of the same may be expected in 2021 as Ohio State’s offense comes in red hot.

The No. 2 team in the country is led by freshman quarterback C.J. Stroud. After some fans were disgruntled with Stroud’s relatively slow start early in the season that included suffering Ohio State’s only loss of the year to Oregon in Week 2, Stroud’s potential was up in the air. Nursing a shoulder injury at the same time, he sat out the team’s fourth game against Akron.

Since Stroud returned, he has been arguably the best quarterback in college football. Throwing for over 300 yards in six of seven games, the freshman signal-caller has led Ohio State to some truly dominant offensive performances in which they have scored 52 points or more four times.

“The level of play that he’s playing at right now is very high,” Ohio State head coach Ryan Day said about Stroud after the Michigan State game. “He’s been really steady even though there’s been a lot of ups and downs.”

While Stroud’s talent and ceiling are undeniable, so is the fact that he is aided by likely the best wide receiver trio in college football. After many expected him to test the NFL Draft waters, senior Chris Olave returned to the Buckeyes and has had another tremendous year with 848 yards receiving and 13 touchdowns. He also became Ohio State’s all-time touchdown reception leader last week.

Meanwhile, Garrett Wilson is also a likely first-round NFL Draft pick come spring, as the junior has compiled nearly 1,000 yards receiving and 11 touchdowns of his own.

However, in recent weeks, it has been the breakout of sophomore Jaxon Smith-Njigba that has really fueled the Buckeyes’ offense. Smith-Njigba leads the team with 1,132 yards on the year and is truly dynamic when he gets the ball in his hands.

Jaxon Smith-Njigba is so good 🔥🔥🔥 pic.twitter.com/Ez25iOWTN3

As usual, the run game is no slouch for the Buckeyes either. True freshman Treveyon Henderson has already eclipsed the 1,000-yard rushing mark in his first season, highlighted by a 277-yard September performance against Tulsa. Fellow freshman Miyan Williams and upperclassmen Master Teague III have sprinkled in solid performances as well.

“You can see our capability when we’re playing really good football and clean football, that we really have a high ceiling,” Day said on Saturday.

While the offense has been strong, questions have still remained on the defensive side for Ohio State. Although they have a strong front, the back end of the defense has struggled at times, even as recently as the Buckeyes’ win over Purdue two weeks ago. However, if the defense continues to steadily improve as it has over the second half of the season, Ohio State may not only be on their way to a Big Ten championship, but perhaps a national title as well. Still, it starts this week for Coach Day’s guys.

“Obviously, everything gets ramped up this week because of what it is and what’s on the line all the time but even more this year, certainly the opportunity to go to Indy and everything is on the line,” Day added Saturday. “You’ve got to be strong, you’ve got to bring it every week.”

However, Michigan can completely change the narrative of Ohio State’s season. It’s no secret how disappointed fans are in the recent history of this rivalry, and the Wolverines could use a win in the worst way — particularly, head coach Jim Harbaugh. The former Michigan quarterback took over the reins of this program in 2014, but has fallen short against the team’s biggest rival in every try he has had.

Ohio State has been a top-10 team each time Harbaugh has faced them, but Michigan has as well in three of the five matchups. Harbaugh came close to beating the Buckeyes in a double-overtime loss in 2016, but since, Ohio State has won each contest by double digits.

This season, Michigan comes into the matchup with one of the best teams in the Harbaugh era as they have gotten back to the program’s true formula: defense and running the football. Also sitting at 10-1 on the season and No. 5 in the College Football Playoff rankings, the Wolverines proved their defense under new coordinator Mike Macdonald would be solid early in the year, allowing just 34 points across three non-conference games.

After a close battle with Rutgers, Michigan shutdown the Badgers’ offense in a signature road win at Wisconsin and also held on to beat a gritty Nebraska team the following week. The one blemish on the team’s resume was blowing a big lead against rival Michigan State, and allowing Kenneth Walker to run all over them in a 37-33 win for the Spartans.

Yet, this team is that close to currently being undefeated, and continues to get better each week, most recently coming off a 59-18 demolishing of Maryland. The win put the Wolverines in the position they were hoping for from day one.

“All the energy that was put in since way back in early 2021 … it’s put us in this position,” Harbaugh said after Saturday’s game. “That’s the position we want to be in and we want to finish it. We want to win all the marbles.”

There are many solid players at each level of the Michigan defense, but the top are edge rusher Aidan Hutchinson, and junior linebacker David Ojabo.

Hutchinson is poised to be a high NFL Draft pick, and that was known prior to his senior season. His nine sacks on the year have only furthered his value, and paired with Ojabo’s 10 sacks, Michigan is a huge threat to any quarterback. They hope to disrupt Stroud behind a home crowd that will provide an environment unlike any the freshman has played in to this point.

“I think that’s a great thing for us,” Harbaugh noted in a press conference on Monday. “Looking forward to playing in front of the wildly supportive Michigan crowd base.”

Meanwhile, with how good Ohio State’s offense is, Michigan is still going to have to score plenty to win this game. Hassan Haskins has taken over the starting running back role and performed admirably throughout the season, rushing for over 1,000 yards and 13 touchdowns. However, after getting injured a few weeks back, Haskins’ running mate Blake Corum is a question mark leading into the matchup with the Buckeyes.

Corum is a true speedster and spark plug for this offense, scoring 10 rushing touchdowns on the year. Just suiting up, even if used as a decoy, would be beneficial for Michigan.

Michigan may have also found a new wrinkle to throw at Ohio State during last week’s game. Freshman back Donovan Edwards had played sparingly throughout the season, but last week, he turned 10 catches into 170 yards, including an impressive 77-yard touchdown.

Edwards and the running back room will need to be strong versus Ohio State, but Michigan’s fate may ultimately come down to quarterback Cade McNamara. Although Michigan’s quarterback room was a bit up in the air over the offseason, McNamara has taken the controls of this offense and ran with it. The junior has passed for over 2,100 yards on the season, but more importantly has taken care of the ball with 14 touchdowns compared to just two interceptions.

He has also shown a tendency to play well in the big games with a solid outing in the team’s lone loss against Michigan State and a clutch performance against Penn State in which he threw the game-winning 47-yard touchdown with just three minutes left. While no one expects McNamara to outduel Stroud, he certainly is capable of holding his own.

With both teams at 10-1, coming off 40-point wins and ranked inside the top five in the country, this year’s version of “The Game” is poised to be a special one.

“Both teams have a lot on the line,” Harbaugh said Monday. “It’s a true playoff in that sense. In the college football world, this is the start of the playoffs. It’s also a big game, ‘The Game,’ a big rivalry.”

Ohio State has shown to be the class of the Big Ten until proven otherwise, and this game means everything to the program.

“This is our No. 1 goal here at Ohio State, it’s the team up north, period,” Day said Tuesday. “I think the guys understand that and they understand what a huge week this is for so many reasons … that’s why you come to Ohio State.”

Still, it means just as much to a Michigan team that has impressed at nearly every stop along the way this season.

The already great rivalry didn’t need any more fuel on the fire, but it has it in 2021. The winner of this one will not only have rivalry bragging rights once again, but also an opportunity for a Big Ten title and quite possibly the chance to play for a national championship in January.