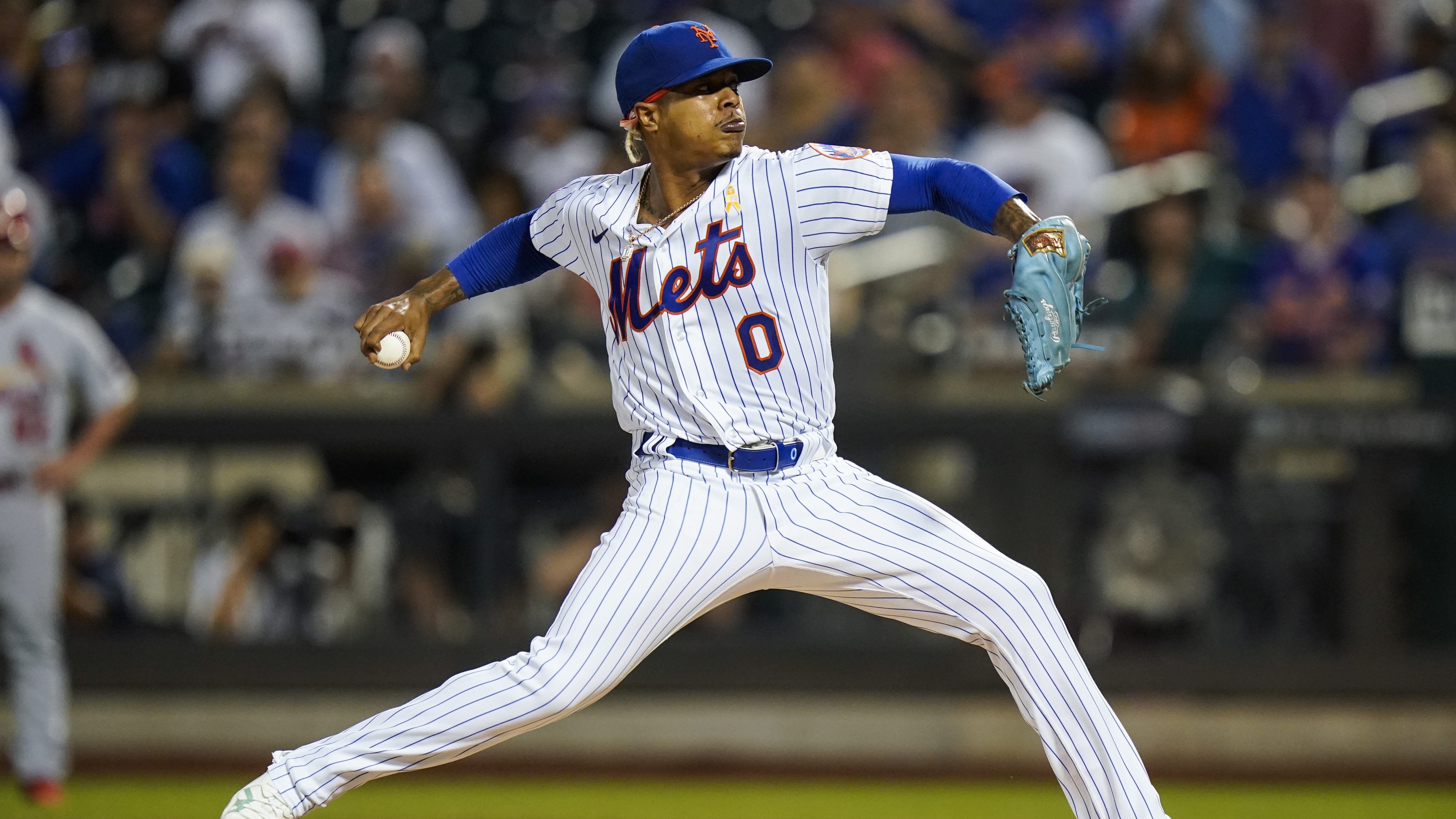 New York Mets' Marcus Stroman pitches during the first inning of the team's baseball game against the St. Louis Cardinals on Sept. 14, 2021, in New York. The Chicago Cubs landed one of the top remaining free agent starters, agreeing to a deal with Stroman on Wednesday, Dec. 1. Stroman announced he's heading to Chicago in a series of tweets a few hours before the Collective Bargaining Agreement between the players and owners was set to expire. (AP Photo/Frank Franklin II, File)

CHICAGO (AP) — Marcus Stroman rushed to the airport and caught a flight from Los Angeles to Chicago as soon as he got the word from his agent.

The right-hander arrived just in time with a lockout looming to complete a $71 million, three-year contract. And the Cubs landed one of the top remaining starting pitchers on the free agent market on Wednesday.

“It’s one of the best franchises in all of sports and fan bases as well, so it’s extremely appealing to me,” Stroman said. “It sells out every single night. To pitch in front of that electric crowd is something that kind of draws me.”

Stroman announced he was leaving the New York Mets for Chicago in a series of tweets hours before the labor contract between players and owners was set to expire. The Cubs later confirmed the deal.

Stroman said the deal came together “really fast” and his “senses were kind of heightened” once agent Broderick Scoffield told him the Cubs were interested. He’s also looking forward to pitching at Wrigley Field for the first time. He toured the famed ballpark on Wednesday after completing his physical and medical tests.

“The city has been incredibly welcoming on socials, and I’m excited. This fan base is incredible, so I can’t wait to pitch here,” Stroman said.

Improving the Cubs’ pitching was a priority for president of baseball operations Jed Hoyer after the team ranked among the worst in baseball with a 4.87 ERA. The 30-year-old Stroman figures to give the rotation a huge boost. He went 10-13 with a 3.02 ERA and tied for the major league lead by making 33 starts for the Mets this year.

Stroman was an All-Star with Toronto in 2019 before getting traded to New York that season, then sat out the 2020 season because of the COVID-19 pandemic. He is 61-60 with a 3.63 ERA over seven seasons with the Blue Jays and Mets.

Stroman figures to anchor the Cubs’ rotation along with Kyle Hendricks and newcomer Wade Miley. Alec Mills, Adbert Alzolay, Justin Steele and Keegan Thompson are also in the mix for starting spots.

The Cubs are retooling after going 71-91, their first losing record since 2014. They claimed Miley off waivers from Cincinnati on Nov. 7.

Chairman Tom Ricketts said in an October letter to fans that the Cubs would “be active in free agency and continue to make thoughtful decisions to bolster our team this offseason.” Stroman said his deal shows the team is serious about winning again soon.

“I think they’re definitely in not a full rebuild,” Stroman said. “I think they definitely want to win now. Obviously, this is a city that’s an incredible fan base and baseball’s a competitive sport. You never know what you’re going to get going into any year.”

The Cubs also have Willson Contreras behind the plate, but he is eligible for free agency after next season and the team could decide to trade him if the sides can’t reach a long-term deal this winter. Chicago also could use Gomes to provide more rest for Contreras, who turns 30 in May.

Hermosillo spent most of last season at Triple-A Iowa and appeared in 16 games with the Cubs, going 7 for 36 with three homers. He missed the final 3 1/2 weeks because of a strained left forearm.