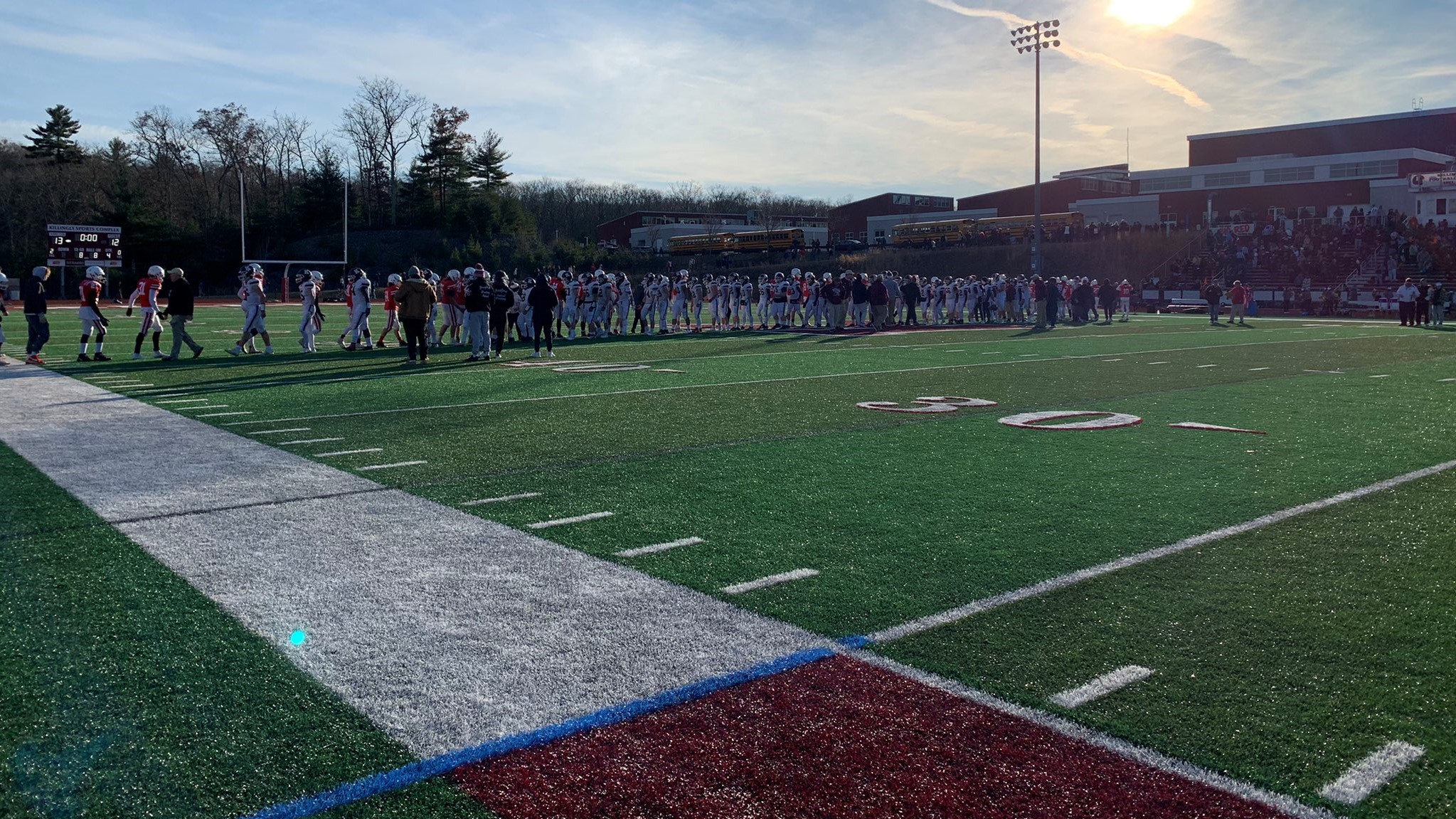 BRANFORD, Conn. — Led by head coach John Limone, the Hornets fell to Killingly by a score of 13 to 12 in the CIAC Class M football semifinals. Still, Branford finished the year with nine wins, its most since the 2005-06 season.

Entering the postseason as the fifth seed, Branford won their first playoff game on the road over Avon by a score of 7 to 6. The Hornets flew into their semifinal matchup with Killingly riding a three-game winning streak, having let up an average of just three points per game on defense over their previous two games.

Against Killingly, the Branford defense stepped up once again, but the offense could only muster up two touchdowns against the stiff Redmen defense. The difference in the game was a pair of missed extra points by the Branford special teams, but Coach Limone isn’t placing the blame on just two plays.

“I think the way the score ended up, it looks that way,” Coach Limone stated. “We definitely squandered opportunities in the red zone and we gave up some big plays. It was more a collection of mistakes more than one play.”

The Hornets had been stout versus the run all year and that continued in their semifinal game. Branford held Killingly’s top rusher to just 15 yards on 36 carries, which is nothing short of remarkable.

This season marked Coach Limone’s ninth year as head coach of the Branford Hornets. In his previous eight seasons, Limone’s squad tallied an overall record of 28-45 and 18-16 in league play. However, counting this past year, the Hornets are 22-11 and 11-4 in league play dating back to 2018-19.

“The point of the matter is that of course, you want to be considered one of those top-flight programs,” Limone said at the halfway point of this season. “I say this to my kids all the time, when they’re done and it’s five, 10 years down the road, I want them to be proud of what they’ve built.”

It may have taken a little more time than desired, but it’s evident that Coach Limone has his program trending in the right direction.

Of course, there is still a ways to go as Branford eyes consistent playoff appearances from this point forward. The Hornets should be in a position to replicate their successes from this past season as most of their key contributors will be returning next year. Their quarterback, Zachary Turbert, along with most of their top rushers are set to run it back in 2022.

“I wouldn’t say that I’m satisfied, but I would say how proud I am of my guys,” Coach Limone said. “They battled all year. Nobody gave them a shot today and we had a shot. We took everything they had and we kept coming. I’m really proud of this group.”